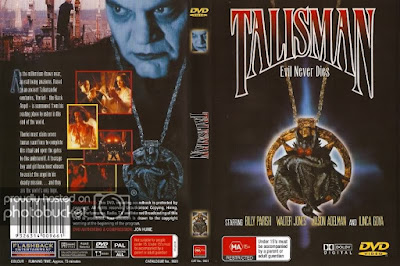 "You're the worthless son of a wealthy family; and if one is going to be worthless, it is always a good idea to be wealthy."
Damn, we can only blame ourselves: we somehow totally missed the fact that this was a Full Moon / Castle Films Romania production before we popped this DVD into the player. Not that always means a bad film, but the second thing we forgot usually does: the name of the director, "Victoria Sloan", is one of the female aliases of David "One-Shot" DeCoteau, the world's most productive director of straight-to-video drivel like (to refer only to his films we have reviewed here at a wasted life) Blonde Heaven (1995, as "Ellen Cabot"), Curse of the Puppet Master (1998, as "Victoria Sloan") and Retro Puppet Master (1999 as "Joseph Tennent"). (He also made the mildly entertaining cult flick Creepozoids [1987], under his real name even, but that flick was made before he went 100% D2V/DVD.) 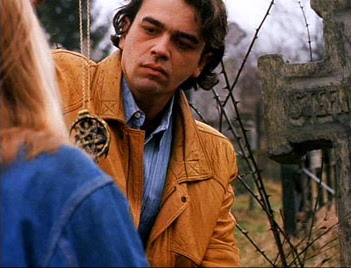 But if we were too stoned to initially register the movie's pedigree, once the film started the general style and lighting and acting quickly rang bells in our head: DeCoteau films almost always look and "feel" the same, starting with the size and thespian inabilities of the mostly male cast, the oddly porn-like lighting and clarity, the competent, straightforward framing and the almost total dearth of a moving camera. Considering his competence as a quick and solid if unoriginal director, it is hardly surprising that the man — who started his career in porn before moving to low budget films and then to D2V and D2DVD — has now established himself a well-anchored career as a TV director. Now if he would only, finally, direct a memorable film. 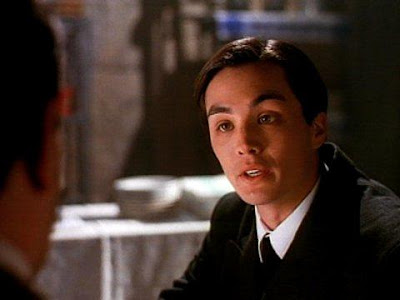 Talisman is not a memorable movie. In fact, writing this now, less than 20 hours after having watched it, it is a bit hard to remember all that much about the movie, though we do remember wondering where one can buy "blood of a virgin". 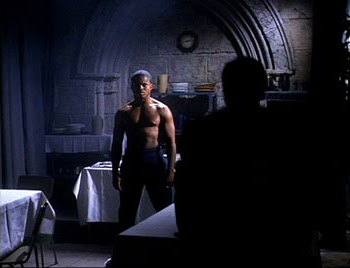 And now, thinking back, our other thoughts? Well, the bald guy (Constantin Barbulescu of Return of the Living Dead: Necropolis [2005]) who kept ripping out the hearts sure looked like Uncle Fester, but with CGI bloodshot eyes; the school sure was pretty exclusive, seeing that it only had about seven students; the main male lead, Billy Parish (of Zombie Hunters [2007 / trailer]) as Elias Storm, had some pretty amazing eyebrows — oh, yeah: the Afro-American Jake Fine with the six-pack* (Walter Jones of American Gun [2002 / trailer] and Love and a Bullet [2002 / trailer]), the most likeable guy the flick, didn't make it…
* Ain't no such thing as a DeCoteau film without a six-pack... or tighty-whiteys, for that matter. (Wish we found tighty-whiteys sexy instead of simply a fashion faux pas.) But, damn, considering that this is basically an all-male horror version of the classic all-girl reform school cum prison flick, why did DeCoteau not include a shower scene? Maybe even with dropped soap? 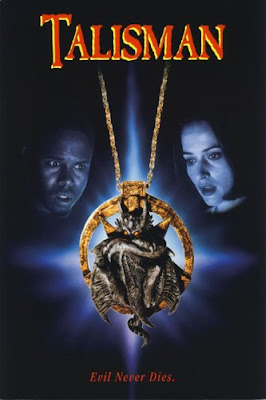 Somewhere at some time or another, director DeCoteau supposedly claimed that the film was partially inspired by Suspiria (1977 / trailer). A big claim that is not in any way visible in Talisman, a movie that is light years away in every way from the Dario Argento Italo classic. If anything, the only commonality is the basic concept of evil in a boarding school, but other than that the movies have about as much in common as a slice of spam has with a rib-eye steak. (What's next? Argento suddenly claiming that Suspira was/is inspired by The House that Screamed [1969 / trailer] or its remake, the hardcore and hairy porn horror Mania a.k.a. School for Dead Girls [1971]?) 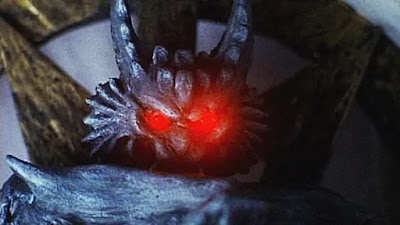 Made in the twilight years of the prior century, when the concept of the end of the world is nigh was en vogue, Talisman is cheap and unimpressive semi end-of-days tale set amidst a male boarding school with apparently one teacher, Dr. Jarod (Claudiu Trandafir of The Devil Inside [2012 / trailer] and Lady of Csejte [2015 / German trailer]), a headmistress Mrs. Greynitz (Oana Stefanescu) and her daughter Elizabeth (Ilinca Goia of Lurking Fear [1994 / trailer], Vampire Journals [1997 / trailer] and Dracula III: Legacy [2005 / trailer]), and just enough students to supply a body count. And into this school doth come Elias (Parish), an orphan since his parents were killed calling up his dead grandfather in a graveyard; Elias is following up on a letter from his supposedly dead sister, his trusty skeleton key in his pocket. And thus he explores the nooks and crannies of a school in which we, the viewer, know his evil Uncle Fester-like granddad, now the Black Angel, is killing one male student after the other by reaching into their chest and pulling out their heart... 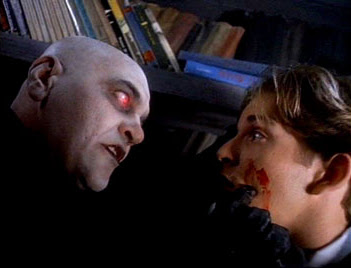 The plot description, actually, sounds way better than what transpires on screen. The Black Angel, with his cheap CGI glowing eyes and constipated expression, is more funny than scary, while the deaths quickly get pretty repetitive (though the eye-gauging scene is pretty nifty). The "twist" that Elias and Elizabeth are siblings is as obvious to the viewer as to Elias himself, which adds a much-needed momentary element of transgressive seediness during a mid-movie kissy-kissy scene, but on the whole the non-engrossing narrative populated by two-dimensional characters remains predictable. The final sacrificial alter scene does veer into the unexpected (too little and too late), but it is undermined by some cheesy, unconvincing CGI. 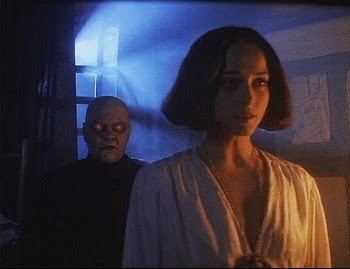 Full Moon is always unable to leave an ending in which evil is conquered and our world is saved, possibly in the hope of one day doing a sequel, so the movie has one of those groan-inducing final scenes tagged on at the end of the kind that ruins even the best of films. And Talisman is not anywhere close to the best of films; at best, it is a barely passable, bare-boned flick lacking pretty much anything and everything that might make it notable. Indeed, it is pretty much the kind of film that you quickly forget you ever watched. So why bother? 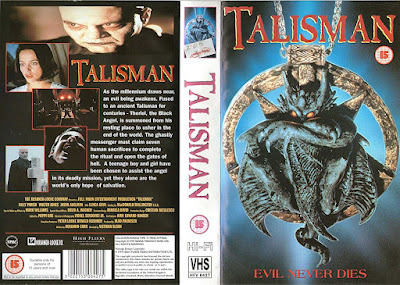