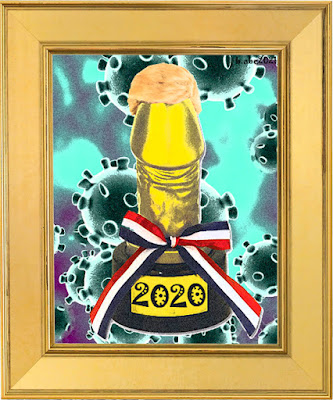 Buy your Golden Dick here.Give one to a Rightwing Retard, Karen, or Frightened Angry White Man of your choice.
Here at a wasted life, we hear the sound of victory: it is time for our annual roundup of the "best" films we watched last year. Aren't we happy 2020 is over with?
Go shopping @ Redbubble
As normal, there is no order in the presentation: this is not a countdown of tenth best to "bestest best", because the vote is fixed, and is instead but a simple list presented in a backward countdown by month (i.e., Dec to Jan). There are also two "special mentions" to this presentation, but let's get to them when we get to them.
2020 was slim in its pickings: of the 69 blog entries in 2020, only 24 were reviews of a feature film – and while more than enough got positive reviews, not all which we liked when we watched them actually had enough of that special something to earn a place on this list. Also, one too many is a Netfux film, a byproduct of this year's reduced social life and lack of the former once-weekly "Bad Film" nights with friends, something we hope will change after we and the rest of the world get Bill Gate's nano-microchip implanted and all become George Soro's sex slaves.
In any event, enjoy this year's quick selection... Click on the titles to go to the original, mostly verbose, reviews. 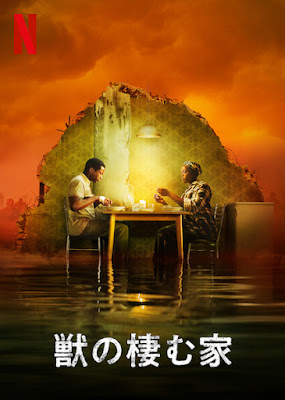 His House
(Brexitland, 2020)
The horror, the horror: they all come because they want to take what's ours. Or at least that's what a lot of old friends have begun to say, when they're not now slagging off on feminists and stupid liberals or explaining how "the Jews" started both World Wars. And how the gold standard should be brought back, and the world is flat. And... whatever.
To get to this flick: an excellently made, serious horror film featuring less-than-perfect heroes that are not white. Worse, they have nowhere to turn to look for help when the past comes to haunt them. Scary, touching, effective — probably one of the best Netfux-produced horror movies ever.
Trailer to
His House: 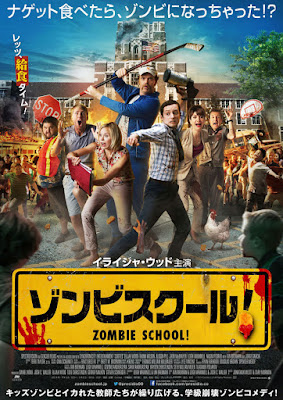 Cooties
(USA, 2014)
The only thing worse than cooties: Trumpsteritus. But let's talk about the movie, and not mental deficiencies.
Cooties is not very intelligent and definitely not groundbreaking, and suffers from a rather third-rate ending — nevertheless, this gory little zomcom delivers the guts and the laughs by the gutful. Perfect black comedy entertainment for this pandemic age, as well as for all those people out there who have always thought kids can't be trusted.
Trailer to
Cooties: 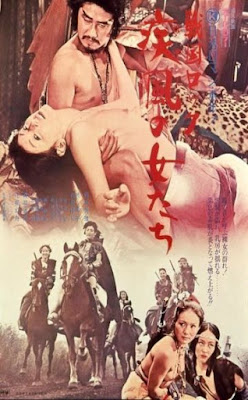 Sengoku rokku: hayate no onna-tachi
(Japan, 1972)
Why have we decided to add this relatively third-rate and misogynistic Japanese pink film to our list? Well, two reasons multiple times over, and they are found on the chests of most of the women featured in this movie. Badly acted, lousy plot, cringe-worthy sex scenes and nonsensical character motivation are liberally spiced with boobage and skin and blood. Piss your girlfriend off and watch this one with her — she won't thank you. (That said, the soundtrack is great.)
German trailer to
Sengoku rokku: hayate no onna-tachi: 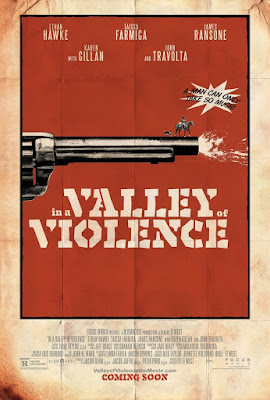 In a Valley of Violence
(USA, 2016)
In a Valley of Violence is one of two westerns Hawke made that year, 2016, the other being the rather unnecessary but nevertheless entertaining star-studded remake, The Magnificent Seven (2016 / trailer). Neither was a smash hit, but Valley, in all truth, was an unmitigated commercial flop. Nevertheless, Ti West's flick is definitely the better and more "different" of the two. Give it a go if you're a western-minded person, you might like — we sure did.
Trailer to
In a Valley of Violence: 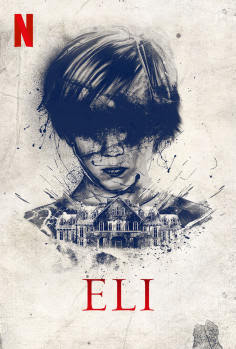 Eli
(USA, 2019)
This one was a surprise. We watched it primarily because we couldn't find anything better on Netfux that night, and because the film features the character actor Kelly Reilly, whom we find rather effective in a Patricia Clarkson / Alice Krige kind of way. It's not like the director's other film we watched, Sinister II (2015), was really all that great. But this one was — and for a change, we really didn't see the ending that came.
Trailer to
Eli: 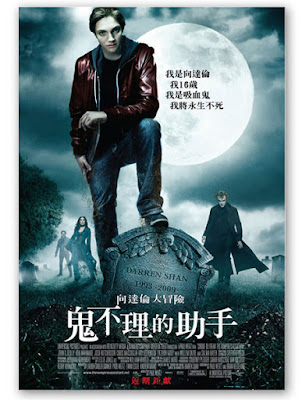 Cirque du Freak: The Vampire's Assistant
(USA, 2009)
Never heard of the teen book series this flick is based on (the Vampire Blood trilogy), but it seems that no one who has read the books likes the movie. Well, that doesn't matter any to us: we haven't read any of the books and found the movie pretty good, despite some CGI overload. In fact, had the flick not flopped and more films followed, we would've watched them — something we didn't do for the Twilight flicks, the Hunger Games flicks or the Maze ones, even after we saw one or the other film of a given series.
That said, it seems that not very many people who hadn't read the books liked the film either... but then, why two-step with the masses? They liked the Twilight flicks, and they suck.
Cirque du Freak: The Vampire's Assistant is campy and twisted, but in mainstream teen-angst clothes. Would've made a great franchise... The trailer, by the way, lies: contrary to what it looks like in the trailer, the young privilaged white dude didn't want to become a vampire.
Trailer to
Cirque du Freak: The Vampire's Assistant: 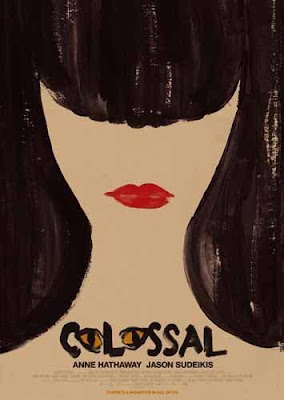 Colossal
(Canada/Spain, 2016)
Great sci-fi black dramedy, and a box office flop. To simply repeat the first lines of our review: "Wow. Who would have thought it possible: an Anne Hathaway film that not only doesn't suck, but is amazingly non-mainstream and interesting. Too bad she doesn't make more movies like this one."
Plot: The monsters accidentally come out, which leads to an alcoholic loser privileged white girl having to square off against an alcoholic angry white man who feels, as they often do, that the world owes him more.
Or, as Ella Mae Nuyles said some three years ago at YouTube: "A surprisingly mature film about addiction, toxic friends, and giant monsters!"
Trailer to
Colossal: 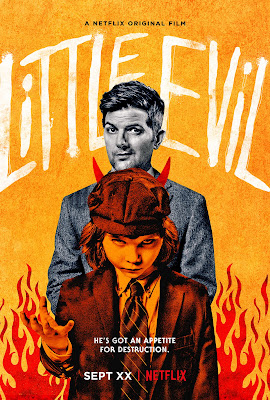 Little Evil
(USA, 2017)
Written and directed by Eli Craig, son of actress Sally Field (of Beyond the Poseidon Adventure [1979 / trailer]) and man behind the far better horror comedy Tucker & Dale vs Evil (2010), which made our Best of 2011 list. But just because Tucker & Dale is better doesn't make this enjoyably fun farce any less worthy to be mentioned here. One wishes Craig were a bit more productive filmmaker...
Plot: Dude marries dream woman, woman mother of anti-Christ, Sally Field is a devil worshipper.
Trailer to
Little Evil:

First Special Mention —
Our Short Film of the Month for July 2020: 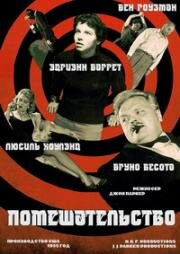 Dementia / Daughter of Horror
(USA, 1955)
In general, we don't like to put a short film from our monthly presentation on this list simply because: alone the fact that the a given short was chosen to be presented here at a wasted life as a Short Film of the Month means that it is already, in our eyes, in possession of that "special something" that makes it worth watching.
But we also sort of cheated when we presented Dementia / Daughter of Horror as a short film. At 58 minutes in length, it might not be as long as people are now used to when it comes to a feature film, but in the day it was made, it was long enough to be considered one — if, basically, only in presentation with another film as part of a double feature.
Some people view Dementia (and its re-release form, Daughter of Darkness) as a bad joke, others see it as art — as does the BFI, which explains: "Stripped of dialogue and using only sound effects and an unnerving score by George Anthiel, in Dementia (director) John Parker combines horror, film noir and expressionist methods to depict a mind descending into madness. Shocking audiences upon its original release, the film was initially banned by the New York State Film Board, who deemed it 'inhuman, indecent, and the quintessence of gruesomeness'."
The film, in any event, is definitely noteworthy enough to warrant a Special Mention.
Trailer to the BFI DVD:
Second Special Mention: 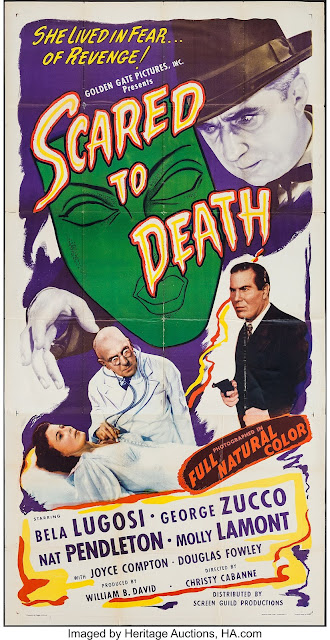 Scared to Death
(USA, 1947)
Okay, we panned this flick — and rightfully so, cause it's pretty bad. But sometimes bad films get better in hindsight. Scared to Death is seriously a guilty pleasure at best, and hardly that. But it does have its historical significance to it, which is a plus — and face it, even lousy films, when they are as old as this one is, are a lot more fun than new or newer lousy films.
You could do worse on a rainy afternoon...
Trailer to
Scared to Death:
Posted by Abraham at 6:42:00 PM