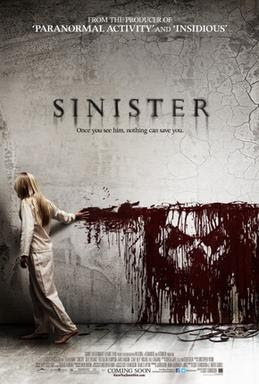 
In general, a well-shot but not very good tale about an asshole, semi-alcoholic, has-been true crime writer, Ellison Oswalt (Ethan Hawke of Daybreakers [2009] and The Purge [Un-USA, 2013]) who moves his family into the house that was the site of the mass murder he wants to write about. (That the house is a murder site is a fact he manages to hide from his family, who seem to be internet illiterate, for much of the movie, in part by playing Donald Trump with the facts.) When Oswalt suddenly discovers evidence in the house that a serial killer is at work, he keeps the info to himself so as to have a sure-fire best seller…. Slowly but surely, however, he can no longer deny the fact that the killings are of supernatural nature.
Many of the film's scares are based on the writer's habit of investigating mysterious nighttime noises, which awaken only him, by wandering around the dark hallways and rooms of the house without flipping on any of the light switches. Much of the movie feels generic and rehashed, but Sinister is nevertheless mildly scary beyond just the plethora of annoying, generic jump shocks. It is the murders caught on the 8mm home-movies, however, that are the most effectively upsetting and unnerving — all the more so once the murderer(s) are finally revealed. In the end, literally, Sinister's true saving grace is its totally downer and unexpected resolution, one so bleak that it does indeed become a shock. 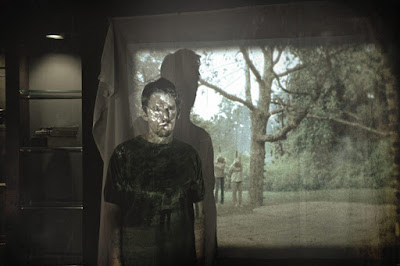