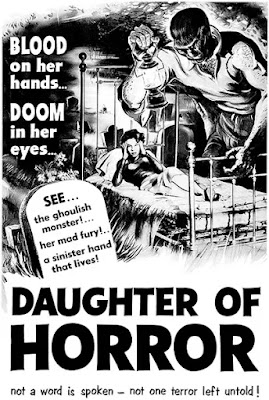 Dementia — is it art or is it exploitation? Or proof that a film can be both in one? At little less than an hour in length, this short movie is perhaps the longest "short film" we've ever presented — but Dementia / Daughter of Horror is one our favorite films here at a wasted life, and we think it's time to finally give it the honor.


Prior to [Re]Search's seminal book Incredibly Strange Films (1986), this movie, an obvious labor of love by the unknown filmmaker John J. Parker, Jr., was pretty much forgotten by the world. Now, over 30 years later, thanks to the Internet and the plethora of obscure-film lovers with time on their hands, this oft-maligned surreal mini-masterpiece is hardly forgotten and rather well-documented — its reputation is no longer merely that of the film everyone's laughing at when the blob attacks the movie theatre audience in the original version of The Blob (1958). 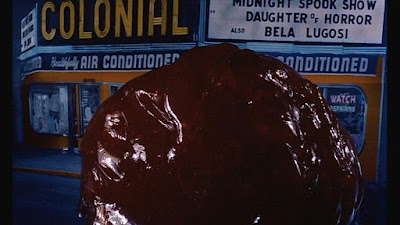 Wikipedia has the core details: "Dementia is a 1955 American black-and-white experimental horror film produced, written, and directed by John Parker, and starring Adrienne Barrett and Bruno Ve Sota (25 Mar 1922 — 24 Sept 1976, of Attack of the Giant Leeches [1959], The Wasp Woman [1959], A Bucket of Blood [1959] and so much more). The film, which contains no dialogue, follows a young woman's nightmarish experiences during a single night in Los Angeles's skid row. Stylistically, it incorporates elements of horror, film noir, and expressionist film. Dementia was conceived as a short film by writer-director Parker and was based on a dream relayed to him by his secretary, Barrett. He cast Barrett in the film, along with Ve Sota, and ultimately decided to expand it into a longer feature. The film received a troubled release, being banned in 1953 by the New York State Film Board before finally being released in December 1955. It was later acquired by Jack H. Harris (28 Nov 1918 – 14 March 2017) [the producer of The Blob and other fun stuff], who edited it and incorporated voice-over narration by Ed McMahon before re-releasing it in 1957 under the title Daughter of Horror." 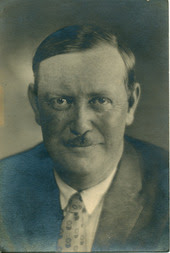 Personally, we always found the B&W cinematography of Dementia particularly noteworthy — and a far cry from what one might expect, seeing who held the camera: cinematographer William C. Thompson (30 Mar 1889 – 22 Oct 1963), photo above from Tar & Feather's, a man best remembered — if remembered at all nowadays — as the cinematographer of the Ed Wood Jr disasterpieces Plan 9 (1957 / trailer), Glen or Glenda (1953 / full masterpiece), Bride of the Monster (1955 / trailer), Jail Bait (1954), The Sinister Urge (1960 / trailer) and Night of the Ghouls (1959 / full movie), as well as his short Final Curtain (1957 — our Short Film of the Month for March 2019). Other films of note include Dwain Esper's breathtaking roadshow "horror" film (and imperative viewing) Maniac (1934) and other fun precode independent trash product like Esper's Marihuana (1936 / trailer), Crane Wilbur's Tomorrow's Children (1934 / full film) and High School Girl (1934), and W. Merle Connell's The Devil's Sleep (1949 / trailer). Allegedly either colorblind or missing an eye (the legend varies, or is completely missing, depending on which website you read), Thompson exploitation roots were set with his first film job, the "drama" Absinthe (1914). 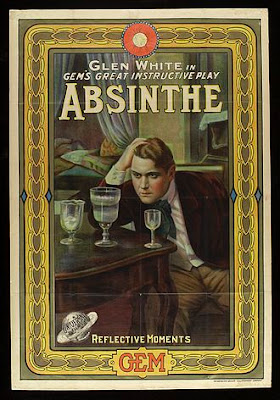 For Dementia, for a change Thompson seems to have pulled out the creative stops and gone arty. Much like the music, which was arty from the start, as it is by the influential American avant-garde composer George Antheil (8 July 1900 – 12 Feb 1959), with vocal gymnastics by the great Marni Nixon (22 Feb 1930 – 24 July 2016), whom some might know as the singing voice of Deborah Kerr in The King and I (1956 / trailer), Natalie "Doesn't Float" Wood in West Side Story (1961 / trailer), and Audrey Hepburn in the shitty film that is My Fair Lady (1964 / trailer). 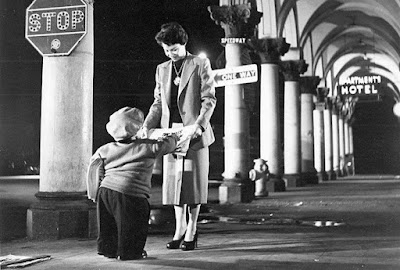 Dementia is a great film, and a mysterious one. Ignoring the questions of interpretation that the surreal narrative opens, the project itself raises many questions. Why did director John J. Parker, Jr., decide to suddenly make a film, this film? And why, after such a unique blast of creativity, did he never again get involved in another film project? Who exactly was John J. Parker, Jr., and whatever happened to him? Ditto with his secretary Adrienne Barrett, for that matter… 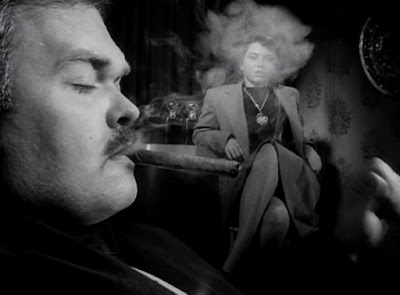 Adrienne Barrett will probably remain a mystery, but at least some questions have been answered over the years about John J. Parker, Jr., if sketchily… for example, what the AFI Catalog writes opens as many questions as it answers: "Producer-writer-director John Parker, whose only onscreen credit is 'A John Parker Production,' was the son of prominent film exhibitors, and Dementia was his only feature-length production. Parker made a short film, based on a nightmare experienced by his secretary, Adrienne Barrett, and used it to obtain funding to produce Dementia . Barrett starred in the feature film, which was co-produced by fellow actors Bruno Ve Sota and Ben Roseman. Although Dementia, which was shot partially on location in Venice, CA, was produced in 1953, it encountered serious censorship difficulties and was not released until 1955." 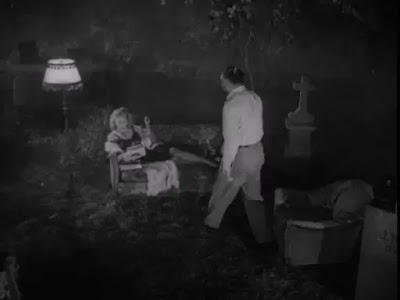 In regard to the censorship problems, DVD Savant explains: "[Parker] did submit the movie over ten times to the New York censors between 1953 and 1955, only to be refused a license for exhibition due to its horror content. Their gripe sheet includes just about every forbidden item in the Code: Although only a fairly grim dismemberment is depicted, the implications of the film cover prostitution, pimping, police corruption, adultery, incest (maybe) and heroin addiction. The censors demanded the deletion of practically every event in the film. Commercially, Dementia went exactly nowhere." 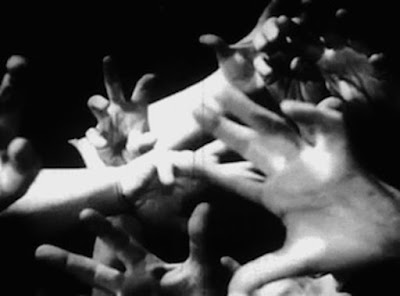 And what did the NY Censors think? Well, according to Thrilling Days of Yesterday — which thinks 'Dementia is not a particularly good movie.  […]  But it's a movie well worth checking out at least once for the simple reason that no movie title better describes its contents than this one.' — one of the board wrote: "This six-reeler is a cinematographic attempt at the pictorial translation of some notions engendered by a sick brain.  The attempt has produced a film which overflows with horror, hopelessness, strong sadism, violent acts of terror, and outbursts of panic.  Its characters, who all move about like the vagrant phantasms of dreams, do not speak.  The sound track is nevertheless alive with a line of musical commentary ranging from sour lyricism to noisy pathos…" 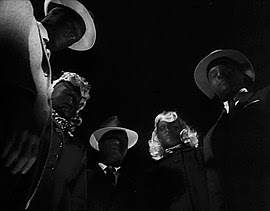 Thrilling Days of Yesterday also mentions that "Dementia sprung from the ambitious mind of John J. Parker, the son of a family who owned a chain of theatres.  Parker had a bit more motivation beyond just distributing other people's movies — he wanted to make them on his own, and one of his first projects was a thirteen-minute short entitled Citizen Clute (1951), devised to be a TV pilot starring legendary character veteran Chester Clute.  […] When you have money, you'd be surprised at how much pull you can exert in any industry — and such was the case with John J.; he was able to secure an office inside Samuel Goldwyn Studios in Hollywood and start what would become his production company (J.J. Parker Productions, Inc.) and his only directorial effort (Dementia)." Citizen Clute (1951), in any event, was screened in Portland by the "pioneer Oregon theatreman" John J. Parker, Jr., in 1951 [Archive.org] and is now, presumably, a lost film. 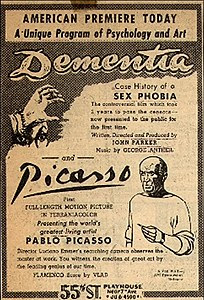 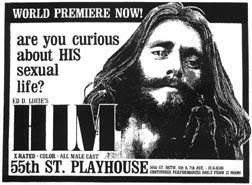