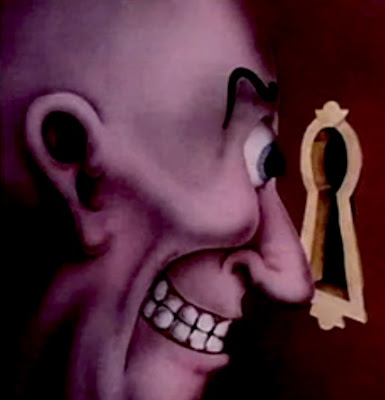 Actually, we had originally intended another short movie as this month's Short Film of the Month, a disconcertingly funny and eccentric short from Argentina by Albertina Carri entitled Barbie también puede estar triste, or Barbie Can Be Sad (2001). But while Ken has balls, we don't: that short, for all its feminist and possible LGBTIQ intentions, is nevertheless also hardcore porn enacted by anatomically correct imitation Barbie dolls, and much like Chuck Vincent's No Strings Attached (1978) & Le Toy Shop (1980)*, is perhaps a tad too gynecological for a wasted life, which more or less generally follows the US edict that death and violence are okay, especially against women and minorities, but sex will bring about the end of the world.
* The dates of both shorts, like Chuck Vincent's directorial credit, is open to discussion as not everyone is in agreement about anything regarding the dates and makers of these graphic, sex-heavy and hilarious stop-motion shorts.
So instead of hardcore, we're going softcore, and have decided to present a film that can already be found hidden amongst all our posts, namely at Babes of Yesteryear: Uschi Digard, Part VII: 1973-74, now headlining because we've come to think that the short actually deserves to be a featured post and not just a hidden gem. We're talking about the David Grant production, Snow White and the Seven Perverts.
Although it often is, this Snow White and the Seven Perverts here should not in any way be confused with the decidedly much more low-rent 1975 (?) German animated porn short Schneeflittchen hinter den Sieben Bergen 1. Teil (guess what's happening in the house below), which is also often referred to as Snow White and the Seven Perverts (full NSFW film). That short, though decidedly and obviously made with less artistic intention, possibly also deserves being a Short Film of the Month, too, somewhere...

The 1972 Snow White and the Seven Perverts we're presenting is far funnier, and its animation style is also far more interesting, polished and contemporary. Originally given an X-rating by the British Board of Film Censors, the film was supposedly about 13 minutes long when released; the version embedded below, the only one we could find online, is much shorter (10:03 mins), so we would assume it censored – indeed, as sexual and boundary-pushing as the film is, little of the short below would truly deserve an X-rating today.
Snow White and the Seven Perverts:

"Happy and dopey and dirty in places, this X-rated 'sextoon' caused a considerable rumpus during its original release, somehow surviving both a ban from the British censor and a destruction order from the police. [...] The brainchild of notorious pornographer David Hamilton Grant*, [...] Grant and his crew hid out here under comedy pseudonyms that perfectly encapsulates the level of humour in Snow White and the Seven Perverts 'written by Rinkus O'Penis', 'Edited by Jack Von Ripper'. [...] Grant's take on Snow White and the Seven Dwarfs sees the big-boobed Snow White escape the clutches of her wicked stepmother, throw some sex in the direction of the Huntsman and [...] finding true happiness at the cottage of the seven perverts [...]. Merrily lewd, and a short that truly speaks the language of the dirty mackintosh brigade, Snow White and the Seven Perverts was one of a number of animated projects that Grant found himself involved in. His other animated adventures [...] [include] several collaborations with legendary animator Bob Godfrey. [Like our Short Film of the Month of November 2019, Woman's Best Friend (1975).*] [...] Snow White and the Seven Perverts has lost little of its ability to shock, what with its real and animated nudity, unconsensual sex and gang rape jokes. There is much here to cause the 'It Was Alright in the 1970s' mob to reach for their disapproving heads, but it's also worth pointing out that this is one of the few adaptations of Snow White to not depict her housemates as dwarfs, and decades before Disney are to give the world a black Little Mermaid (sic)**, Grant was here serving up a mixed-race Snow White. David Hamilton Grant- socially progressive? Now there's something he hasn't been accused of before. [GavCrimson.Blogspot]"
* For more information on the extremely interesting life of the "notorious pornographer David Hamilton Grant", we suggest you read the asterisk footnote at our Short Film of the Month of November 2019, Woman's Best Friend (1975). Some people out there on the web claim that his death was a ruse and he's still alive today...
** Disney's mermaid is lily white, and the intended reference is probably to the character Tiana, the Afro American waitress headlining Disney's The Frog and the Princess (2009 / trailer). 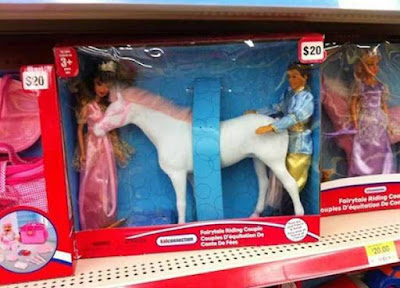 Snow White and the Seven Perverts was supposedly reissued at one point as Someday My Prince Will Come, a not-so-oblique reference to a song from Disney's 1937 animated feature film classic, Snow White (trailer). While the film was generally always credited to David Grant, eventually "veteran British cell animator and rostrum cameraman Marcus Parker-Rhodes (see: Marx for Beginners [1979] and Picnic on Imbrium Beach [1983]) has come forward to claim that this cartoon is 'mostly my work'. He also credits Stan Hayward as the writer."
Posted by Abraham at 9:48:00 AM