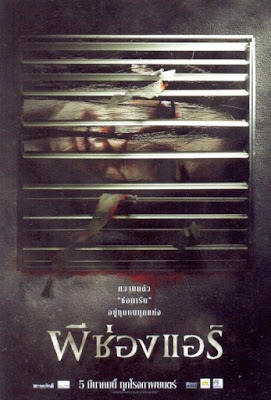 Pee chong air — not a total waste of time, if you are of a forgiving nature and/or simply enjoy watching mildly interesting but by-the-number, majorly flawed, low-budget movies steeped in a foreign, culturally-influenced manner of thinking. The Thai title supposedly translated into something like "Air-Conditioning Duct Ghost", which is basically what the film is about, but for the western-world DVD release the less inherently ridiculous title The Sisters was used. Our DVD was Thai with English subtitles, but as the dialog is less than complicated, the subtitles are short and sweet and easy to process.
The Sisters is the second directorial project of Tiwa Moeithaisong, who despite a to-date total of nine directorial projects to his name — for example, Meat Grinder (2009 / trailer) and Ghost Coins (2014 / trailer) — is primarily active as a cameraman and director of photography (for example, Bangkok Love Story [2007 / trailer]), a career which, going by the way The Sisters often looks, is perhaps his real forte: visually, The Sisters looks really good despite its obvious total lack of budget. Moeithaisong is more than willing to sacrifice brevity and speed (not to mention logic and horror) for a beautiful composition and/or slow, moody shot. This makes for a broad variety of eye-catching images interspersed throughout the cheap-looking movie, but also makes The Sisters feel slow, disjointed and bloated. It is a shame that Moeithaisong didn't simply speed up many of his slow pans: the shots would have been just as overt and visually pleasing, but at least the movie wouldn't feel Prozac-infused and/or as if it is literally dragging its feet to its final, inane, WTF scene.

When writing his tale of a revengeful ghost and its victims, Moeithaisong was very much influenced by Nolan's Memento (2000 / trailer): particularly when it comes to the past events, initial scenes precede later scenes that segue into the first scene, so that the true chronological narrative of the events is slow to be shown. That said, Moeithaisong is no Nolan, and the budget of Moeithaisong's entire movie was probably equivalent to the toilet paper budget of Nolan's feature film directorial debut. Nevertheless, the experimental narrative structure is interesting and praiseworthy, and perhaps the most creative aspect of the whole movie. The movie may start out as a confusing narrative mess, but mid-way through everything does indeed coalesce and the past narrative comes into harmony with the present one. (It helps, perhaps, if one knows in advance that the monotone scenes are from the past and the color scenes are from the present.) 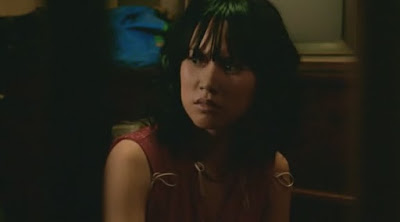 As for the horror story itself, The Sisters milks the vengeful ghost narrative familiar to all audiences across the world ever since the international success of the original The Grudge (2000 / trailer), complete with the snow-white-faced, long-haired female ghost and a little kid ghost, the latter of which is shoehorned into the tale in a manner beyond laughable. (If we understood correctly, it is revealed that the elder female ghost was pregnant when she died; one can only assume that the little boy ghost, circa age nine, is the ghost of the baby, for otherwise there is no place whence it could logically come.) There is another ghost, that of a normal-looking little girl, maybe 12, but she does not seem to be out for death and revenge — in fact, one wonders why she is even part of the story, other than to supply the teens with some important clues needed later or to simply stare out windows.

As for the stereotypical ghost(s), this time, instead of inhabiting a cursed house, ala the original Grudge and its later Hollywood remake (2004 / trailer), in The Sisters we have vengeful and highly mobile ghost(s) inhabiting the air-conditioning duct of a hotel room. (We learn later that the main female ghost is that of a prostitute who came to a terrible and bloody end at the hands of a beheading psychopath in the hotel room. He stuffed her head into the duct, thus she now lives there.) And though it would seem that the hoteliers know the room is cursed, they nevertheless rent it to a group of teen musicians seeking a night's respite after a performance. One by one, they all see the ghost; one by one, they are cursed to die; and one by one, they die until the final guy and gal set out to solve the mystery behind the murder and the ghost's past in the hope of somehow bringing her to rest. (Spoiler: They manage only half the job.) 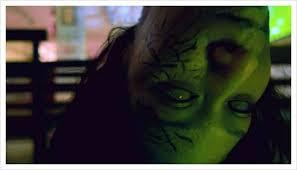 The killer ghost, though hardly a sympathetic figure throughout the movie, does achieve some emotional redemption by the end, at which point the viewer knows the entire tragic history of her doomed and terrible life. Still, as tragic and touching as all that and the final voiceover is in which she expresses her sense of guilt and being filthy for the abuses she experienced as a powerless woman while alive, one wonders why her ghostly anger is not more focused. In life as in death, her reasons to hate men are understandable, as is to an extent her desire for revenge in her unnatural form when she finally has the supernatural power to get it. Unluckily, however, indiscriminately directed rage does take down the innocent as well. 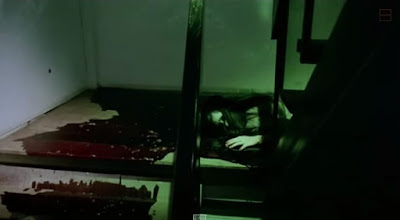 The teenagers, for example, are hardly "guilty" of anything other than uneven acting, but she takes them all down. (How they look into the air-conditioning duct one after the other at different times and then walk stonily out of the room is a hoot. Dunno, but wouldn't most people at least gasp loudly and maybe call everyone else in the room over to look, too?) The first teens dies more or less accidentally, as he runs in terror; the second, the ghost literally forces him to shoot himself in the head. Guts and gore might not splatter in either case, but the teens sure do lie in pools of blood once dead. 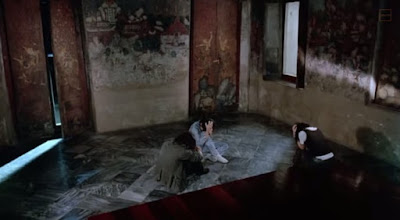 Once all the teens have realized there's a real ghost after them, they do the logical (if, for us, exotic) thing of going straight to a Buddhist monk, but as is the case in many of these films, the monk can't help much. True, he does know of a ritual that would require them to sleep seven nights straight in a "dead coffin" — i.e., a coffin that has housed a dead body — but the multiple coffins are all needed that very evening before midnight. As might be expected, getting any such a coffin proves extremely time-consuming… 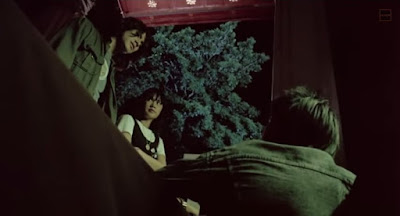 As The Sisters is an Asian vengeful white ghost movie, it is hardly a spoiler to reveal that there are no survivors at the end. (OK, one guy simply disappears, so maybe he made it. Perhaps because this results in the viewer being shortchanged a death, another character is killed twice, first in a very realistic dream sequence and then in real life.) What is odd, however, is that by the end of the movie, somehow the ghost is even able to take down those who didn't see her in the air-conditioning duct and, assuming what one sees onscreen is "real", also has gained the ability to possess and replace living females (i.e., her mother and the film's final girl). The why and how is never explained, but then, much of what occurs in the movie is oriented less towards making the supernatural tale coherent than at getting a sudden shock. For that, many other scenes drag out and milk the suspense until the teat is chapped and dry. 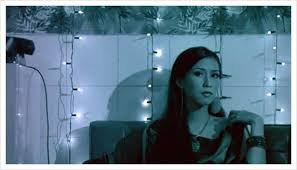 The Sisters is really not what you can call a good movie, especially since so much of it is second hand if not generic Asian horror. But thanks to its exotic card, its atmospheric visuals and its intriguing structure and editing, not to mention the occasional unintentional laugh and leftfield twist or development, it is not entirely a loser of a film. Had the pacing only been better, the acting a touch less inconsistent, and the story a bit less sloppy, it might have become a minor but good movie. But it isn't one, even if it isn't a total bomb. 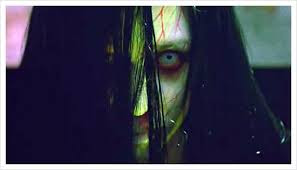 That said, life is short and there are so many other better movies out there… 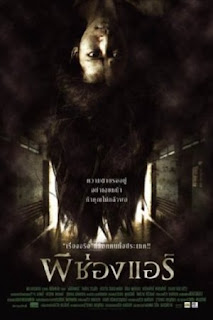 Thanks for the write up. While I would agree that it was a very low budget film, it was by far one of the scary movie. Did you know that, the final credit of the movie, where there was a narration of the letter by the ghost was actually real? And this movie was base on real event where a prostitute was murder in 1991 and those who found her body died mysteriously one by one?
That slow pace part of the movie was suppose to make it easier for us to understand it better.