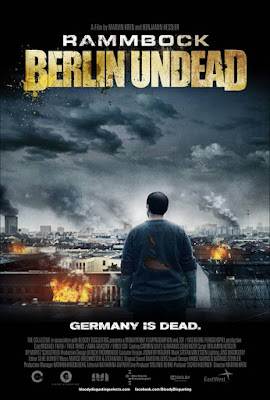 (Spoilers) Rammbock, at little over 60 minutes in length with credits, is a bit too long to be a short film and a bit too short to be a feature film, but in the end it proves just long enough to remain absorbing and offer a double ending that is both depressing and ironic (for one hero of the film) and as happily open-ended as a zombie film can be (for the second main protagonist). Financed in part by German public television, Rammbock never feels like a television flick and, instead, comes across as a viable entry in the contemporary canon of fast "zombies". Here, as in 28 Days Later (2002 / trailer), 28 Weeks Later (2007) and many films since then, the zombies are less undead gut/brain eaters than crazed and blood-thirsty infected. In this sense, the Berlin Undead title added for the movie's international (or English-speaking countries) release is incorrect; Berlin Biohazard or Berlin Infected would probably be more appropriate, if less commercial.
While not exactly ignoring the "undead" hoards and chomp-chomp deaths expected of a zombie movie, Rammbock has higher aims than just offering a bloody bodycount and the living vs. "undead". The interest of the filmmakers lies far more in the human side of the story of a variety of people, but primarily the two leads, Michael (Michael Fuith) and Harper (Theo Trebs), suddenly caught in a claustrophobic setting as the world collapses. (The people are for the most part caught in a typical Berlin Hinterhof — tenement back courtyard — while Michael and Harper are stuck in a Hinterhof flat.) And while the small cast of people do different things at different times in response to the danger confronting them, not one becomes the efficient (and in the end unbelievable) zombie-killing machines so common of too many contemporary zombie movies. In this sense, Rammbock — despite being populated with amped-up, fleet-footed zombies — is more closely related to the original Night of the Living Dead (1968 / trailer) than, say, the average Asylum zombie flick or certain currently popular television series. The people populating this flick are normal Joes and Janes, not wannabe, pistol-packing, acrobatic deadshots or secret samurais. And in an almost stereotypical manner, considering Germany's waning reputation as a technology leader, the solutions they come upon are based on technology, both primitive (battering ram) and modern (flashing luminaries). 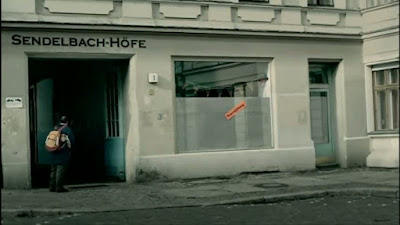 Like Night of the Living Dead, Rammbock starts in a still-sane world before, with no warning, the shit hits the fan. True, there are a scream or two in the distance, but that isn't really all that strange for either the big hipster party place Berlin has become or the rundown, heavy-drinking, working class city it used to be. Michael isn't even from Berlin, but has traveled up from Austria to visit Gabi (Anka Graczyk), his ex-girlfriend, on the excuse of returning her keys but actually in the hope of talking her out of leaving him. But she isn't there; instead, there is a plumber (Arno Kölker) and his young apprentice Harper — and then the plumber flips out and attacks. More by luck than anything else, Harper and Michael manage to lock the plumber out on the stairwell landing and themselves in Gabi's flat…. 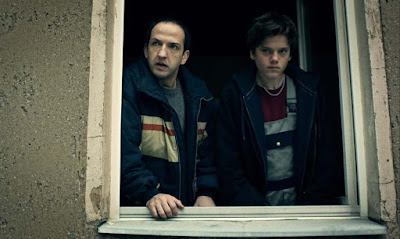 At this point, Rammbock plays an obvious homage to Rear Window (1954 / trailer), with Harper and Michael witnessing different developments unfold in the courtyard and apartments across the way. The pace in which things go south at the start of the film is easily believable due to the speed and brutality of the infected. And the infected themselves are likewise as unsettling as believable. Ashen-faced, occasionally foaming at the mouth, and milky-eyed, they wobble in place or stumble slowly about until any given noise sends them into a bloodthirsty, rampaging rage. 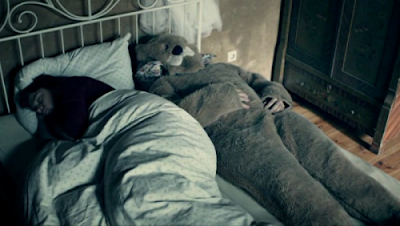 No phone, no food, and — as the television goes from news reports to the emergency broadcast system, and the radio broadcasts become little more than a looped tape — no hope. Trapped in a situation as bleak as late-fall Berlin is grey and dank, remaining "safe inside" means death by hunger. And as Murphy's Law in omnipotent, any step Michael and Harper take seems only to make their "safe space" smaller and more unsafe. Including the event involving the homemade battering ram — or "Rammbock" — that bestows the film its German title. (An arbitrary title decision, actually: they could have just as well titled the movie "Camera Flash" in reference to the movie's one new tweak in the zombie canon: the grey eyes of the infected are also extremely photosensitive.)

Rammbock manages to keep an eye on its protagonists — who they are as well as how they develop — without totally forgetting the rabid-zombie action. But while there are enough shock moments, the gore is sparse, limited primarily to the initial mass attack. In that sense, the movie proves well that buckets of blood are not the only way to shock or affect the viewer. Director Marvin Kren, in his (short) feature-film debut, manages to use his claustrophobic setting to its best advantage: the movie never feels visually constrained, even if the constrained situation of the heroes is never forgotten and the sense of confinement and of being trapped is never lost. Kren also gets believable, if not at time truly nuanced, performances from most of his cast. (In an interesting play on acting and filmmaking, at the start of the Rammbock, when the viewer is first introduced to Michael, he is a lousy actor — but then it is revealed his is acting out, as in practicing, what he plans to say to his ex-girlfriend Gabi. As of the point that is revealed, his acting becomes convincingly natural.) And more than once a finely absurd humor raises its blackly effective head, though it is usually done so in passing that the viewer can easily miss it, particularly if one does not understand German. 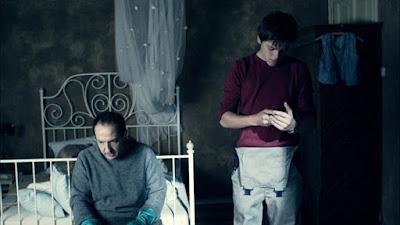 It is a sign of how well this semi-chamber play of a movie is made that some of the more obvious flaws are so easy to ignore. That the film plays freely with the geography of Berlin (it opens in Chamissokiez, which is nowhere close to either the river Spree or Westhafen harbor, while the final scene is even further away in Schweineode) can hardly be held against it, as fiction does not necessarily require veracity. (See: Lola Rennt aka Run, Lola, Run [1998 / trailer], in which the backgrounds of where Lola runs are taken indiscriminately from all across the city but shown as a continuous, if long, run.) That said, characters do do some stupid things: for example, when one guy across the way goes downstairs to try to close the doors to the courtyard, instead of being as quiet as possible, he and everyone else invariably make as much noise as possible — so guess how that works out. Also, later, after all the zombies have been driven out and the courtyard door locked, the zombie mom mysteriously reappears from an upstairs apartment, a reappearance needed for both the ironic resolution of Michael's story and one of the best throwaway verbal jokes of the movie (listen carefully to what the guy running away from the zombie mom is screaming). And perhaps most glaring: the zombies are revealed to have highly photosensitive eyes, but the heroes tend to do everything after sundown instead of under the daytime sun. (That said, Berlin is justly famous for having a lot of incredibly grey days, particularly during the colder seasons.) The technical aspects for the MacGyver-style escape vehicle also raise some questions… 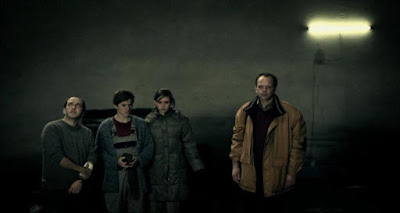 But again: Rammbock is both so tightly made and affectively effective that kinks like those only come to mind long after the film has ended; the movie-going experience had while watching the film is remains invariably involving, if not gripping. 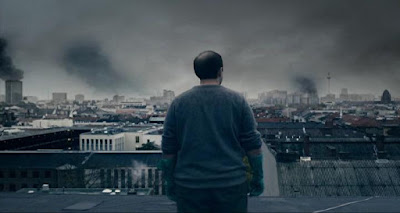 As is the nature of all zombie-outbreak films, the resolution of Rammbock is — at least for the survivors — more open than resolute. But the little shimmer of hope that is given by the final scene is a welcome relief after everything that precedes it. As is the mood underscored by the wonderful closing music. 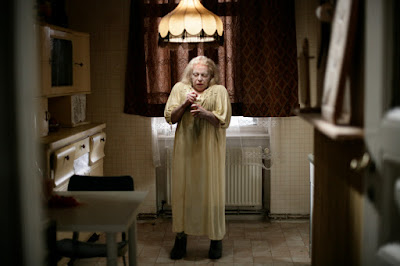 Rammbock: low budget, short, well shot, well directed, creepy, affective and effective — and definitely worth a look, unlike so many zombie movies nowadays. 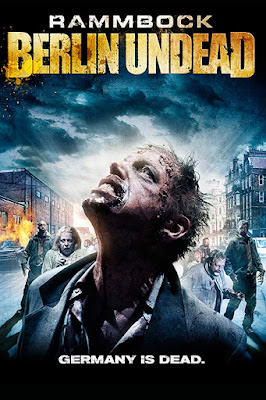