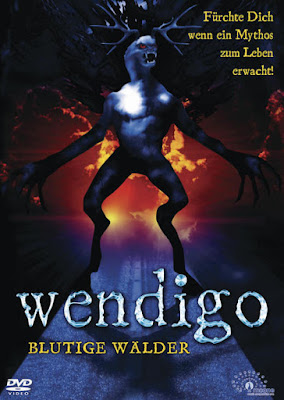 (Spoilers) The horror film as prick tease. No, not that Wendigo is in any way overtly sexy or sexual, though it does have a relatively realistic and not necessarily gratuitous mid-film sex scene, but more in the sense of being, despite flaws, visually (and in parts narratively) seductive for more than four-fifths of the entire running time and then, basically, leaving you high and dry with a what-the-fuck non-ending that leaves the viewer totally unsatisfied. Had we seen this one is a movie theater, we would have thrown our popcorn at the cinema screen — as it was, we tossed our Cheetos at the wall-mounted flatscreen. 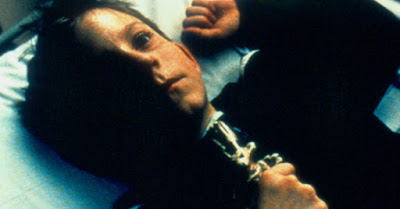 Directed by the relatively unknown New York character actor and filmmaker Larry Fessenden, a man who talks the Art Forum talk (see: the DVD's interview of the director) but doesn't deliver the directorial product, Wendigo is also hampered — perversely enough — by the superlative acting of three of its four main protagonists, Papa George (Jake Weber of Dawn of the Dead [2004 / trailer] and Cell [2000 / fan-made trailer]), Mama Kim (Patricia Clarkson of The Woods  [2006]), and local redneck Otis (John Speredakos of The Innkeepers [2011], I Sell the Dead [2008 / trailer, which happens to also feature Larry Fessenden] and House of the Devil [2009 / trailer]). (Miles, the fourth main character, the "sensitive" 10-year-old son played by Erik Per Sullivan, convincingly conveys the bedwetter that he probably would be in real life, but too often comes across somewhat of a blank slate to be truly convincing.) All three adults, however, inhabit their characters in word, action, aura and presence, conveying a sincerity and believability that seriously undermines the direction by inadvertently pointing out the innate schizophrenia of what looks to be a flick shot directly on video by a director informed enough to incorporate an occasional low-fi visual reference to well-known horror films (most obviously, Kubrick's The Shining [1980 / trailer] and Hooper's Poltergeist [1982]) but unable, due possibly to technical and/or stylistical insecurities or shortcomings, to achieve a sure-handed visual balance between the cinematographically mundane and experimental. And while the fifth-rate sound quality may be due to the DVD release and not the sound design of the movie itself, for a movie of the sort that is in any event seldom screened in a theater and basically doomed to a DVD audience (if any), it is of decidedly low quality (we viewed the film in English with English subtitles just to keep up with the dialog). 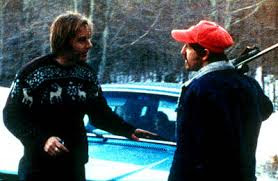 The basic plot of Wendigo starts off as a riff of the old chestnut of city folk out of their realm amidst the unfamiliar and dangerous environment of the countryside, ala films ranging from (to name but an extreme few) Straw Dogs (1971 / trailer) to Deliverance (1972 / trailer) to Isle of Darkness (1997) to, dunno, even the first ten minutes of An American Werewolf in London (1981 / trailer). (When, one wonders, will city folk finally learn not to leave the safety of the urban environment?) And amidst this plot of the menace of the unfriendly redneck threatening the space of the out-of-place urbanites, the narrative thread of the wendigo is stitched, much like a thread of raw woolen yarn in the middle of a fine-silk-thread shawl. In other words, it's stitched into the works but just doesn't really work or seem to belong, and all the less so during the movies climactic scenes. For being, in theory, the title horror of the flick, the wendigo itself feels like Kahlua in a G&T and looks, in all its cheaply executed stop-motion glory, like an intentional joke. At the same time, the movie is so sincerely serious that it occasionally slips into the unintentionally sarcastic — at our screening, for example, the final bits involving the boots of the father, which one would assume was filmed in for all its "tragic" symbolism, instigated guffaws from all six viewers. A glaringly unintentional reaction, fed all the more by the art-school level intentional sincerity of the presentation. 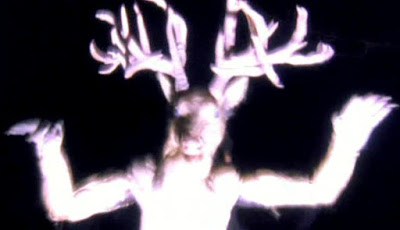 But to return to the movie. Prior to the introduction of the title creature, the wendigo, Wendigo does okay. The run-in with the local rednecks involving a deer too large to become road pizza is both realistic and unsettling enough to give rise to viewer unease. This unease is also augmented once the family trio arrives to their winter rental, a house violated by bullet holes in windows and flour bags, and the revelation that Otis is not only their neighbor but, unknown to them, a peeping tom as well. (The surprisingly carnal and realistic sex scene is perhaps one of the highpoints of the movie, as it puts the viewer in Otis's shoes and thus, oddly enough, instigates a feeling of uncomfortable illicitness.) The later visualizations of the more traditionally horrific images arising in Miles's extremely colorful imagination as he attempts to sleep, though properly horrific, actually undermine some the previously established unease by being so obviously shock-oriented and irrelevant to the narrative. (OK, the son's an overly imaginative wimp. Got that long ago.) 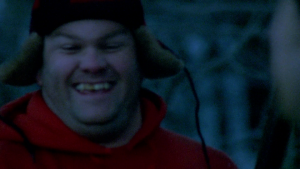 Here and there, to be sure, Wendigo has moments of effective brilliance. The acting, as mentioned, mostly strong. The underlying depressive vibe is strong, ruined only by the final scene with its art-school-level symbolism. (Did a doctor keep the jacket because it fit, we wonder.) Who and what Papa George and Mama Kim are as people and working folks is quickly and clearly conveyed in disparate scenes of action or dialog (both are given realistic-sounding telephone conversations, for example, that truly flesh out their characters and life-situations). And the subdued but efficient scene in which George gets shot is truly gut-wrenching and horrific — and promptly ruined by the (imagined? real?) non-appearance of the wendigo. (And, jeez, when will the unrealistic movie trope of characters being knocked out and then later awakening as if from a midday nap finally be buried, once and for all?) 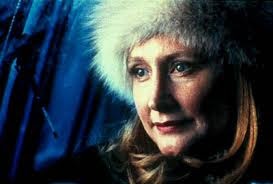 But, to the wendigo. What is it doing in this movie in the first place? A legendary "malevolent, cannibalistic, supernatural being" that "is part of the traditional belief system of a number of Algonquin-speaking peoples, including the Ojibwe, the Saulteaux, the Cree, the Naskapi, and the Innu people", it is very much a creature of the native inhabitants of what is now North America. As typical of a white-man-made movie, the only Native American to appear in the movie, the possibly real but possibly unreal (or maybe even the human form of the wendigo) shopkeeper, gives Miles a wendigo figure that may or may not call up the wendigo that may or may not protect or pursue or avenge the family but does, at the resolution, pursue Otis but chooses not to kill him… or at least not yet, maybe, for Miles (but possibly no one else) does see the Native American shopkeeper wandering about at the hospital in the final scene. 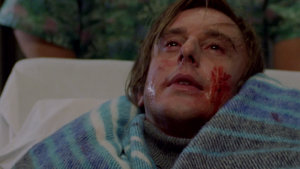 When it comes to the titular creature, the narrative of Wendigo not only ends up raising more questions than answers, but also appears unable or unwilling to provide answers. Why wendigo now? Why Miles and his family? Who is or isn't it after? Why chase, in the form of wind, Miles through the snow? Why then help, in the form of pushing backwind, George home? Why suddenly go after longtime local Otis, but no one else? Why not simply kill Otis at the accident instead of allowing him to reach the hospital… and then show up there in human form? And why… ah, fuck it. 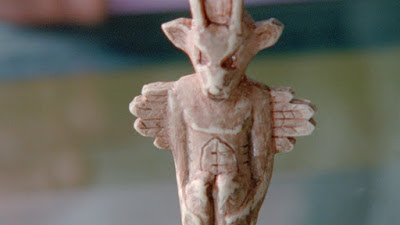 Wendigo is relatively effective as long as the horror is solidly terrestrial: from the opening drive to the death of the sheriff, Wendigo works, providing you ignore the occasional hint of the possible supernatural. But once the supernatural appears in full force, the narrative and the movie loses all rhyme or reason. In turn, the total out-of-place nature of the uncanny elements of the tale is sorely exacerbated by the arty but funny and cheap-looking special effects. In all truth, Wendigo would have been a better movie had been a straight drama or hick-horror flick and totally skipped putting the Kaluha into the G&T. 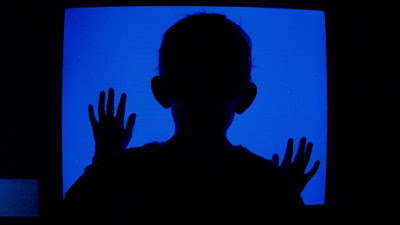 Wendigo in a nutshell: a mostly well-acted but poorly written horror movie that never manages to overcome its low budget and likewise probably shouldn't even have been a monster movie. More interested in being arty than either effective or scary, it manages to be occasionally uncomfortable but never truly suspenseful or frightening. In the end, it annoys more than it disappoints because it becomes so obvious so early that the movie should have been titled Turkey.
Trailer: