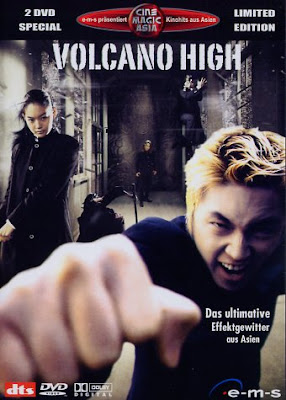 The 9th highest grossing Korean film of 2001, this overly long teenage-oriented martial arts action comedy is available in two versions: a relatively short recut hip-hop version released in 2004 by MTV (featuring the voices of Snoop Dogg [of Bones (2001)], Method Man, Lil' Jon, Big Boi, and Mýa), which clocks in at only around 80 minutes, and the Korean and international version, which is around a good 40 minutes longer. We caught the international version, so the music was heavy metal instead of hip hop and the dubbing voices unknown and of no importance.
The non-plot is easy enough to follow, but is in the end utter nonsense and of no importance, and is little more than the merest of excuses to link together different scenes of varying success. 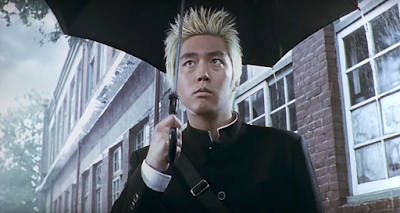 Basically, bleached-blonde Kim Kyung-soo (Jang Hyuk), the movie's nominal hero, is expelled from yet another school and sent to Volcano High, an institute of education in which little education occurs and the various fractions of students are at war. A mysterious lost manuscript of great power is also sought by many, including the nefarious Vice-Headmaster Hak-sa (Hee-Bong Byun of The Host [2006 / trailer]). He ends up calling in the movie's true heavies, Mr. Ma (Jun-ho Heo of Demon Empire [2006 / scene]) and the Five Teachers, a gang of super-powerful disciplinarian instructors, who aim to bring order to the school any way possible… Can Kim save the day by mastering his powers and freeing the school of the bad guys without once again being expelled? And will he get the girl, Yoo "Icy Jade" Chae-yi (Min-a Shin)? Like, who cares? We sure didn't. 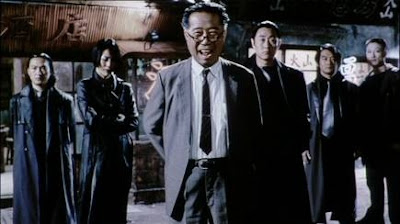 In its uncut form, Volcano High screams for being circumcised, despite also exuding the odd feeling that it is less a solo movie that a heavily condensed cut of a TV series. It is one of those rare flicks that is both too long for what it offers but likewise too short for everything that transpires to truly make sense. In the end, however, it is arguable that the disparate narrative with its excess of unnecessary characters really doesn't need to make sense since it is such an obvious excuse for simply linking together diverse visual and verbal jokes, martial arts and magical fight sequences, and once-amazing but already dated CGI interludes. 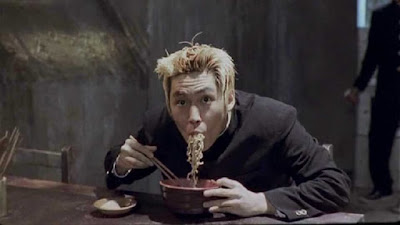 Somewhere in the mess that is Volcano High there also seems to be some sort of political subtext — it is, after all, notable that the film, which advocates anarchy and an order-is-evil attitude, should come from a country like Korea, which is laden heavily with both social and legal regulations — but one is hard-placed to say that the subtext can in any way be taken seriously. Intellectual, Volcano High is not — hell, it isn't even mildly intelligent. 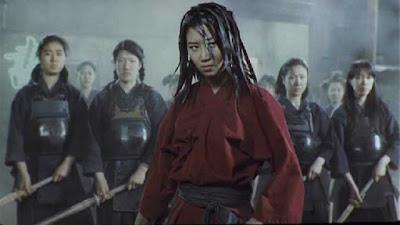 On the plus side, the movie does have some humor, as there are occasional flashes of intentional and mildly effective slapstick and situational comedy. Regrettably, much too often it is not the intended jokes that instigate the real laughter, but rather the messiness of all that found on the screen. More than once, scenes transpire that have no real sense of purpose and that function in no way to add depth to the tale, offer any character development, or advance the plot: they are simply there, sometimes saving face through a decent laugh or some visual acrobatics, sometimes falling flat and instigating a "Huh?" reaction. 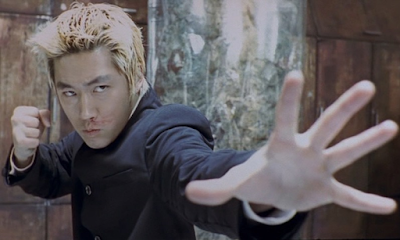 Another plus, of course, are the fight scenes, which for the most part are heavily enhanced by CGI and veer squarely into the realm of fantasy sock-'em chop-'em. They are the whole point of the movie, the meat to the spindly bones that are movie's flimsy plot. Volcano High may not offer anything truly revolutionary in this department, and (as previously mentioned) sometimes the computer animation does look more than a little grey at the temples, but the mid-air acrobatics, slow-motion cartoony violence, and Matrix-like visible air movement are served in huge and excessive dollops — quantity, in other words, but of mixed quality. 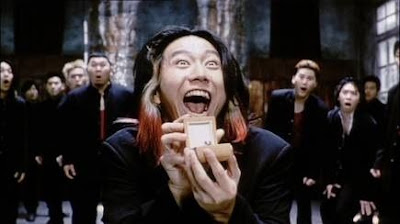 The fact of the matter is that Volcano High should have been a good movie, at least for fans of flying sock-'em chop-'em fantasies capable of appreciating a change of scenery. The movie's scattershot narrative and now somewhat-dated CGI aside, Volcano High is basically a Chinese wuxia fantasy that has been moved from centuries past to modern day Korea and dressed in a Korean school uniform. Accept the new look, and the movie may entertain you despite all its flaws. But it also would also entertain far more effectively, and likeably, if it didn't overstay its welcome to the extent it does in its original, uncut form. 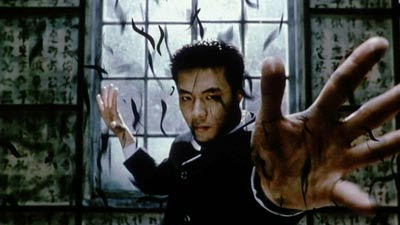 In that sense, the MTV release moves in the right direction by cutting a subplot or two and reducing the movie by 40 minutes: for as thin as the plot of the original version is, it also losses its tangents and changes direction once too often. A prime example in this regard is Jang Ryang, "the Dark Ox" (Su-ro Kim of Death Bell 2: Bloody Camp / Gosa 2 [2010 / trailer] and Vampire Cop Ricky / Heubhyeol hyeongsa na do-yeol [2006 / trailer]), the oddly bulkless leader of the weightlifting club. For most of the movie he is set up as the movie's heavy, as the person that Kim Kyung-soo must and will eventually confront to save the day — but suddenly, out of the blue, the Dark Ox is replaced by Mr. Ma & the Five Teachers and himself becomes one the ultimately powerless masses at the school that the hero must defend. (The constantly mentioned lost magic manuscript, likewise, remains such an unused and unnecessary MacGuffin that it actually proves detrimental to the narrative.) 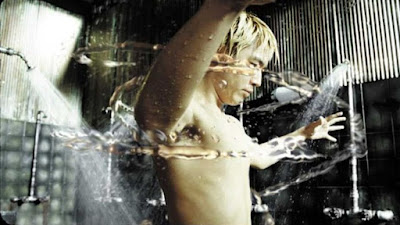 Ultimately, despite its massive hometown success, Volcano High is not a very good movie. Terrible, it is not either, especially if you like wuxia or Wachowski Sisters movies. More than anything else, it is simply a mildly entertaining and somewhat interesting failure. 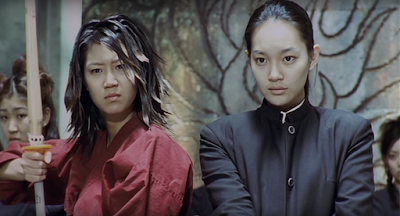