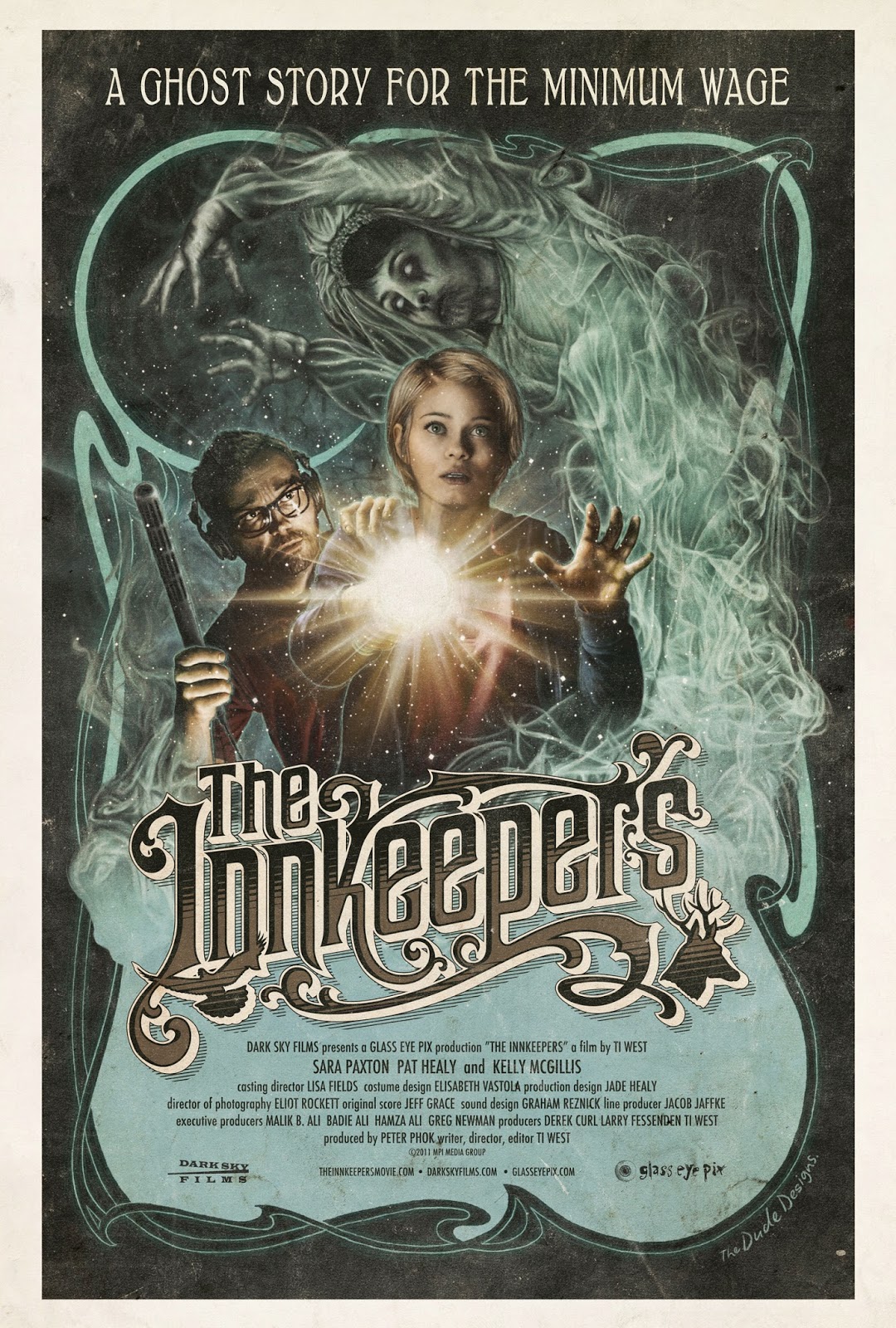 (Spoilers.) Ti West, the director who less than enjoyed his experience of making the nasty and hilarious gore comedy Cabin Fever: Spring Break (2007), returns with a 3-D haunted house film inspired by a "real" haunted house, the Yankee Pedlar Inn in Torrington, Connecticut — but unlike the last 3-D "real" haunted house flick we saw, The Asylum's semi-mockbuster Haunting of Winchester House (2009), The Innkeepers doesn't suck elephant dick, despite the presence of the totally pointless 3-D technology and a variety of narrative flaws, mostly in the form of questions the movie leaves unanswered and one idiotic plot aspect. But be what it may, if we once rated Haunting of Winchester House as "a 98% failure", we would tend to rate The Innkeepers as around 90% successful.

For The Innkeepers, West seems to have taken his inspiration from the less visceral horror films of yesterday and the result is a haunted house movie that feels a bit like from yesteryear, a movie that plays closer to Robert Wise's The Haunting (1963 / trailer) or The Changeling (1980 / trailer) than, say, Jan de Bont's pointless remake The Haunting (1999 / trailer) or any number of other ghost films and exploiters. Thus, the movie is a relatively slow burn and focuses more on the characters and a growing sense of unavoidable doom than it does on shock or easy scares. And while West masters both the presentation of his characters and the (very) slowly developing unavoidable sense of doom in this beautifully shot movie, he and the film flubs it totally during the last 5 minutes — and does so, so badly that despite all the good aspects of the film (including great acting, well-drawn characters, excellent direction, beautiful camerawork and framing, mood, etc.), the movie ends up a major disappointment. 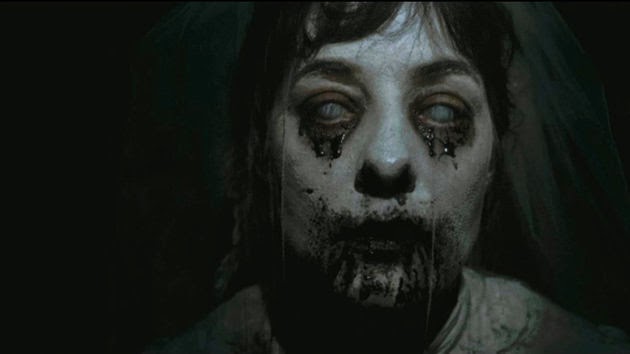 The tale involves the last days of Yankee Pedlar Inn which, in the film at least, is due to shut its doors forever and, until that day, is being run by a skeleton staff of two, the directionless and asthmatic Claire (Sara Paxton of the pointless remake The Last House on the Left [2009 / trailer] and Shark Night 3-D [2011 / trailer]*) and the slightly older slacker Luke (Pat Healy of Ghost World [2001 / trailer]**, Undertow [2004 / trailer] and Cheap Thrills [2013 / trailer]). They tend to the few remaining guests and while their time away drinking beer, questioning past life decisions, and tracking the hotel's supposed ghost, Madeline O'Malley, the sad spirit of an abandoned bride who hung herself in the 1800s and whose body was supposedly hidden in the basement by the hotel owners of the time. With the aid of ghost-hunting equipment that the lower middle class much less slackers like themselves normally can't afford, Claire actually finds what she's looking for — to her detriment. 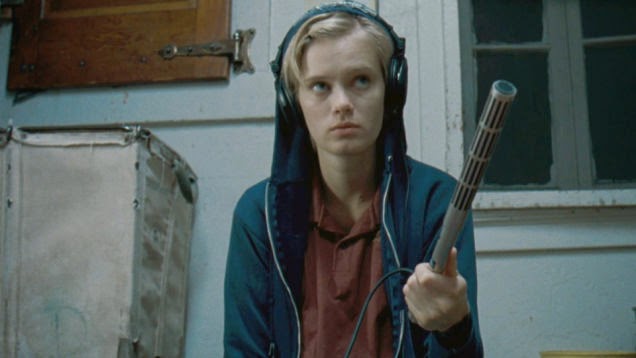 * A film so bad that, when we saw it, we didn't bother reviewing it.
** We all know what's happening with Scarlett Johansson since that film, but whatever happened to Thora "Super Star" Birch?

West has a beautiful eye when it comes to framing a shot or letting the camera travel, and he also seems gifted in getting good performances from his actors and a clear idea of how to convey, through montage, a lot more than just what is seen. The result, as mentioned before, is a well-made, well-acted movie — though we would say that the casting of Kelly McGillis, as Leanne Rease-Jones, the washed-up actress turned medium, is more gimmicky than effective — populated by believable characters and a fine sense of growing, impending doom. It is a shame, then, that he blows it so majorly scriptwise during the last ten minutes of the movie. 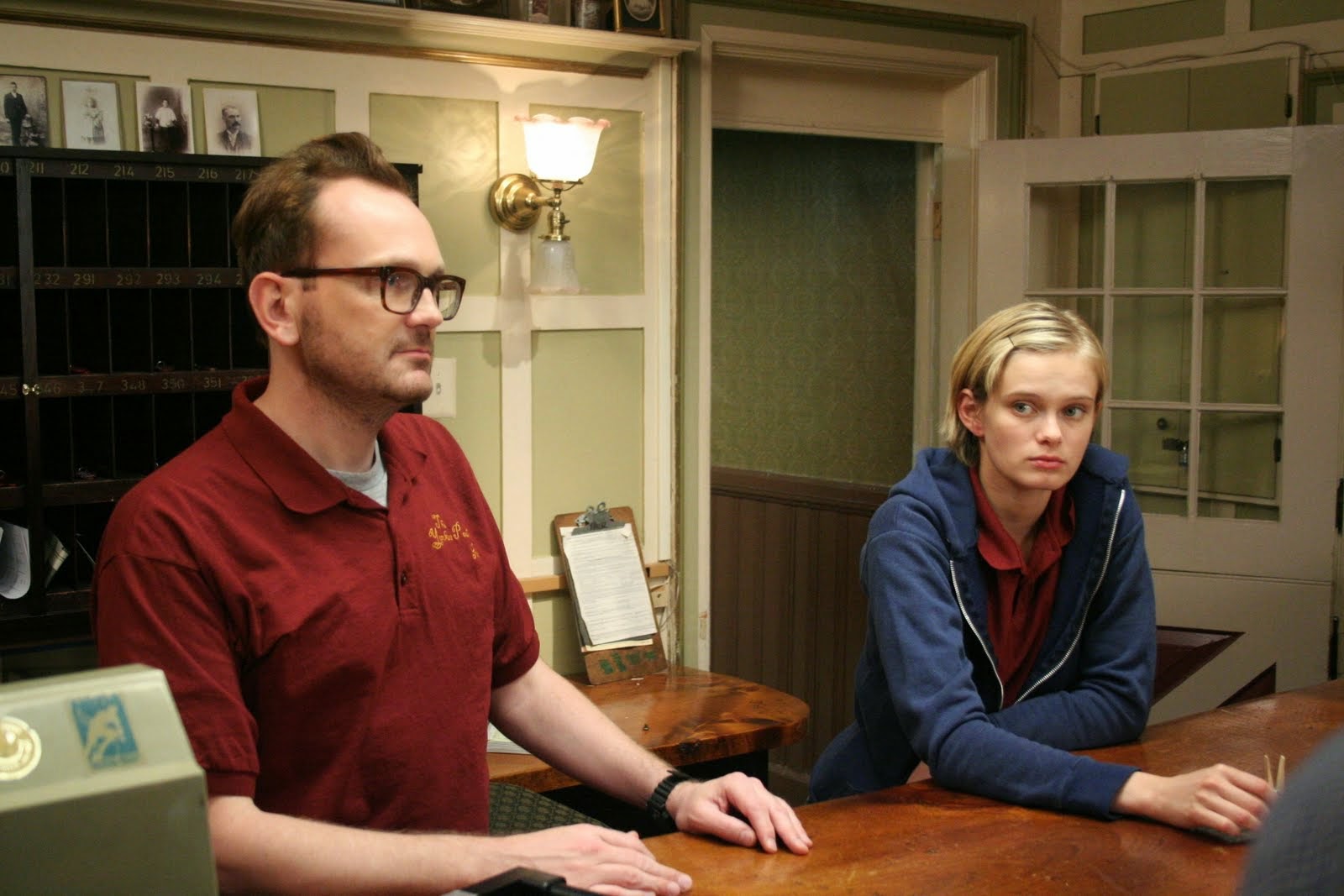 Doubts already arise with the introduction of a mysterious old man (George Riddle of BlackMale [2000 / trailer]) who just must have a special room on the third floor (as old as he is, he is still too young to be as connected with the dead jilted bride as he is eventually revealed to be), and it doesn't help that Claire is continuously terrified by any and all positive results she achieves when looking for the ghost — indeed, it only makes the viewer wonder why she even looks for ghosts in the first place. (It's like, well, if you're a vegetarian, you don't go to a steak house, do you?) 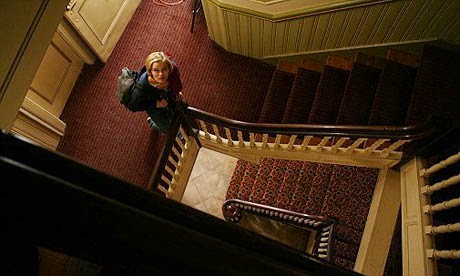 Likewise, the what and the why of the ghosts' interactions with Claire also remain unclear: is Madeline O'Malley angry because Claire looked for them, does O'Malley — and later the old man — just want to communicate, or are they just hungry for more company? The warning that Leanne Rease-Jones announces ten minutes before the film ends — something along the lines of "We gotta get outa here now and whatever you do DON'T GO IN THE BASEMENT!*** — infers the last, but it also leads to the key moment that ruins the film. Indeed, when it happened, we ourselves as well as the entire group with whom we watched the film — and which had to this point liked and been engrossed with the movie — broke out in spontaneous guffaws: Claire, hearing voices, starts saying "Leanne, is that you?" and then wanders down into the basement to meet... well, what do you think? A fifth-rate slasher couldn't have done it any better. 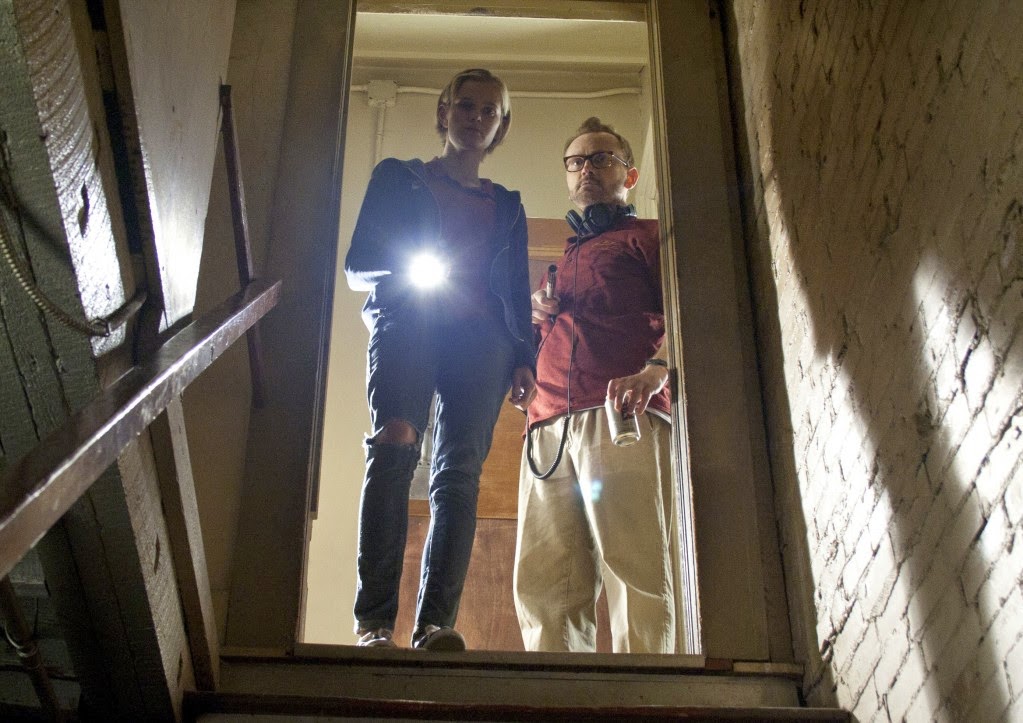 So there you have it: The Innkeepers is a well-made, beautiful and slow-building movie that drops the ball at the end. 90% good, 10% what-the-fuck fuck-up. What we haven't been able to decide yet is whether the 90% is so good we have to recommend the movie, or the ending is so fucked that we can't... 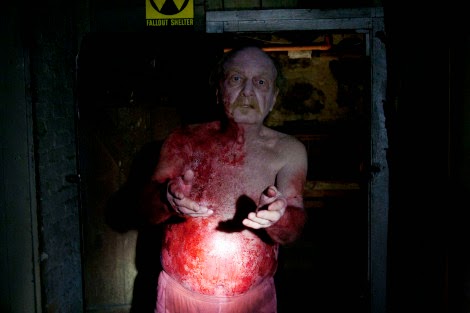 *** Say, anyone remember that great bad movie, Don't Look in the Basement (1973 / trailer)? Has nothing to do with this flick here, but Leanne's warning promptly made us think of it.