A short "zombie thriller" directed by Raj Pathak and Crash Taylor, based on a story by Pia Cook and Tina Smith. Cook went on to scribe a few independent feature films, like 2 Psychos (2016 / trailer). 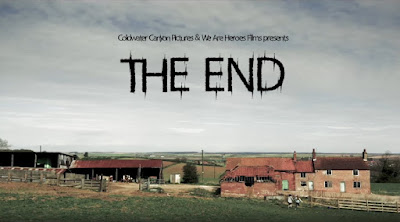 WINNER - Best Horror,
Limelight Film Awards 2014
WINNER - Best Actress,
British Horror Film Festival 2014
WINNER - 1st Place,
MoviePoet.com 2014 online competition
When on that rare occasion that the topic of "what if a zombie virus really broke out" raises its festering undead head, we are always surprised at the amount of people — regardless of weight, citification, lack of condition, diabetes, drug weaknesses, whatever — who see themselves as a Daryl (as in The Walking Dead) instead of a Barbara (as in Night of the Living Dead [1968 version]).
This little zombie short, in any event, might not offer all that much new, but it still packs a punch. It is less a story than a snapshot of what transpires for two on-the-run survivors of a zombie apocalypse. And were a zombie apocalypse ever to truly happen, many a parental figure would probably be confronted with the same situation the mother in this short is. (And how would you decide?) She ain't no Daryl, she ain't no Barbara, she's just a normal mom named Tina (Shelley Draper) with a daughter named Sofie (Ava Nicholson) and a gun who, while on the run from zombies, takes refuge in a deserted farm.
So, how could things get any worse? Go to YouTube and find out.
Posted by Abraham at 11:13:00 AM