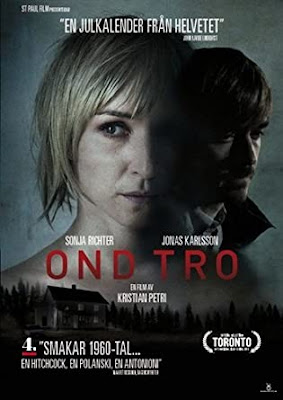 (Spoilers.) A cold, glacially paced and alienating movie that is more interested in conveying a mood of isolation and all-encompassing inability to communicate than presenting a functional, solid thriller even halfway interesting enough to not put the viewer to sleep. The excruciatingly long opening scene in which the camera maintains an interminably prolonged long shot with a minuscule glide as two women never stop talking (mostly off screen) about a needed form on the company computer pretty much sets the pace for everything that follows. (The next scene, of the workers leaving the office building, uses the exact same visual style — indeed, the director resorts to snail-paced moving camera shots so often that one gets the feeling the cinematographer was on Quaaludes while filming and, later, the film editor was on vacation for much of the post-production.)
Trailer to
Sleeping Pill:
Bad Faith tells the tale of Mona (Sonja Richter of The Substitute a.k.a. Vikaren [2007 / trailer], When Animals Dream [2014 / trailer] and The Homesman [2014 / trailer]), a single woman with a notable inability to communicate or connect who has moved from Denmark to some Swedish town populated by people with a notable inability to communicate or connect. The narrative plays with the basic structure of an Italian gaillo, in which someone sees something and then spends the film trying to solve the crime: one evening after work, Mona stumbles upon the victim of the locally active serial killer and, as it seems to make her hot and bothered, she decides to pursue and expose the killer. 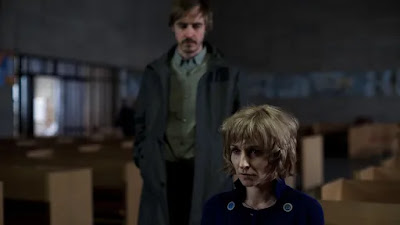 Just who the killer is, however, is way too easy for the viewer to figure out, as there are only three main characters to the tale: her, the obvious red herring (Kristoffer Joner of Next Door [2005 / trailer], Dead Snow 2: Red vs. Dead [2014 / trailer], Hidden a.k.a. Skjult [2009 / trailer]), and the logical killer (Jonas Karlsson). Assorted tertiary characters get introduced along the way — the inspector, the single-mother neighbor and her nosy little girl, the male co-worker who couldn't give a fuck about #MeToo, the stakeout cop in the car — but their given presence is way too negligible for any of them to function as an alternative red herring or viable real killer. 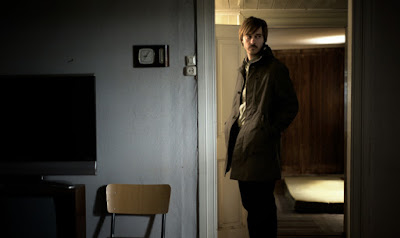 The unnamed Swedish port city in which the film transpires seems to be a big one, one of concrete and multi-story buildings, but it is nevertheless small enough that the woman, red herring and logical killer constantly cross paths. The earnest dialog, often punctuated by long pauses, is generally delivered with the solemnity of a junior high-schooler revealing the existential realities of life, while the subtitles reveal that the production firm didn't bother to get a native English speaker to do the translating of the deeply riveting statements of intelectual transcendence. (Really, not having a native speaker do it might be excusable in, dunno, places like Miramar, Borneo or even China, but not in Western Europe.) The singular sex scene is perhaps the best scene in the movie, but not because it's hot — it isn't — but because it truly conveys all the warmth that two people with a notable inability to communicate or connect would have were they to get naked and exchange body fluids. The second most effective scene is a short scene where the male co-worker tries to get much more physically close to Mona than she wants, for it reveals her to be anything but a pushover. 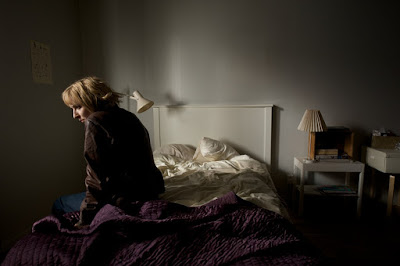 And thus the dankly shot Bad Faith / Ond tro slowly (like at a snail's pace) advances to its brain-bashing showdown and subsequent final scene of inferred twisted suburban happiness which, if reality or logic were of concern, would indicate that the couple might someday in the future, should there ever be a sequel, become the next Paul Bernardo and Karla Homolka, Ian Brady And Myra Hindley, or Gerald And Charlene Gallego. 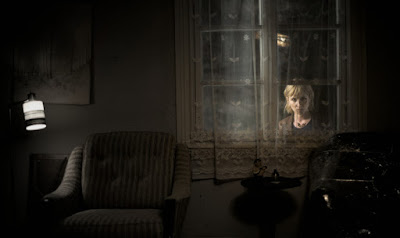