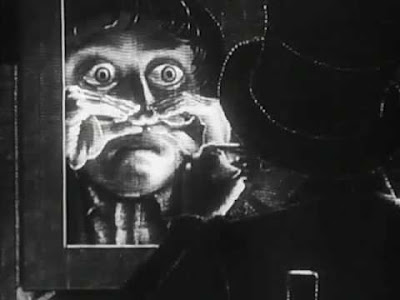 Much like Hieronymus Bosch (c. 1450 – 9 Aug 1516) is now seen as an early (if unwitting) surrealist painter, the Ukrainian-born writer Nikolai Vasilievich Gogol (31 March 1809 – 4 March 1852) is now often referred to — at least in the West — as an early father of surrealist literature. (In Russia, he's considered a founder of literary realism — go figure.) We never managed to make it through Gogol's classic novel Dead Souls, but for that we have always enjoyed his drily satirical, macabre short stories like The Overcoat and The Nose. Especially the latter features one of the most inanely surreal literary concepts to precede that of a guy waking up one morning as a cockroach (see: Kafka, The Metamorphosis [trailer to the 2012 Canadian film version]). In The Nose, a barber awakens to find a nose in his bread and, in turn, a client of his wakes up to find out that his nose is gone… and that it has also taken on a life of its own. 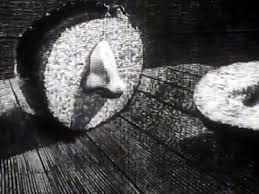 "The use of a nose as the main source of conflict in the story could have been due to Gogol's own experience with an oddly shaped nose, which was often the subject of self-deprecating jokes in letters. The use of iconic landmarks in the story, as well as the sheer absurdity of the story, has made The Nose an important part of St. Petersburg's literary tradition. [Wikipedia]" 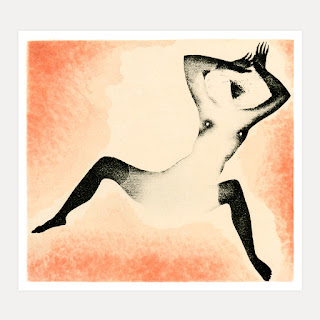 Above: An example of Alexander Alexeieff's work:
Bedroom for Bouddha Vivant (print available at Galerie Seru)


In 1963, the Russian-born artist, filmmaker and illustrator Alexandre Alexeieff (18 April 1901 – 9 Aug 1982) and his American-born 2nd wife Claire Parker (31 Aug 1906 – 3 Oct 1981) created a short film version of the tale using a technique they themselves invented: pinscreen animation. Indeed, the two even invented the technological device with which to make the films, the pinscreen, or Écran d'épingles (patent registered 1935 in the name of Claire Parker), "a vertically-mounted grid of 240,000 sliding metal rods that are first manually pushed into position to create lit and shaded areas, then filmed frame by frame. [Wikipedia]"
"The Nose is a divine bit of nonsense that is better if one does not attempt to make sense of its absurdity and dream logic. (That hasn't stopped academics from trying, including the usual, tedious Freudians. But, hey, who am I to interfere with someone's livelihood?) The story is simplified considerably in this version and a subplot about Major Kovalyov's flirting ways is cut entirely but that is understandable given that the film is silent and without intertitles. [Fritzi Kramer @ Movie Silently]" (As they say in German, "Wie die Nase eines Mannes, so sein Johannes.")
Talent, by the way, seems to have run in the Alexeieff family: Alexeieff's daughter Svetlana Alexeieff-Rockwell is a successful painter and illustrator, and her son (his grandson), [Charles] Alexandre Rockwell, is an independent filmmaker — he did the segment The Wrong Man in Four Rooms (1995 / trailer), among other things.
We here at A Wasted Life first caught this short decades ago at art school, where it bowled us over. The story, great, and the visuals absolutely beautiful — a cavalcade of images that would work, artistically, on their own if removed from the source and presented as solo pieces. Achieved by a painstakingly slow process of moving the pins on a pinboard, one by one. All the more amazing when you consider that they didn't work with advance sketches or drawings, creating each frame one at a time. It is hardly surprising that the duo only ever made six short films. (That said, the duo saw no difference between "artistic" and "commercial" work and created up to 41 adverting shorts, many using the technique.)
Recently we rediscovered this undeservedly obscure short on YouTube — enjoy!
Posted by Abraham at 7:41:00 AM