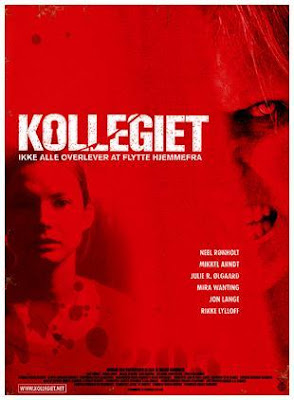 Room 205: a light little Danish horror film from the Dane director Martin Barnewitz, who went on to do the non-essential prequel, Messengers 2: The Scarecrow (2009 / trailer), to a mildly okay film, The Messengers (2007 / trailer), and the monster flick, Danny's Doomsday (2014 / trailer), before disappearing. Heavy on atmosphere and easy enough to pass the time with, Room 205 neither offers anything truly new nor is ever even all that scary. As a result, the ghost movie never becomes all that involving and ultimately leaves the viewer feeling unsatisfied.
Trailer to
Room 205:
A "revengeful ghost" story with oddly Japanese feel, Room 205 tells the tale of the fragilely attractive young college student Katrine (Neel Rønholt), who decides to start her journey to out-of-the-house personal independence by taking a room in the rather grey and depressing high-rise dorm of her university. The building has a reputation for being haunted by the ghost of a past suicide, and as to be expected the new student picks up the vibes and even has a vision and/or nightmare or two, despite not even residing in the suicide's room, #205. No, that room is occupied by Sanne (Julie R. Ølgaard of Midsommer [2003 / trailer] and Fortune Defies Death [2018 / trailer]), the dorm's alpha female, who definitely has no propensity to the supernatural but is a major grade-A asshole. Much like Sanne's "ex" boyfriend Lukas (Jon Lange), whose interest in the somewhat naive Katrine exists, realistically enough, only until Katrine finally spreads her legs and wets his willy.

The movie takes its lead from a lesser but fun supernatural slasher of the early 80s, Ulli Lommel's The Boogeyman (1980 / trailer), in that the angry ghost is trapped in a mirror — in this case, a bathroom mirror — which Katrine inadvertently manages to break. From there onward, the extremely limited cast of some more and some less likable dorm residents meet their doom as the ghost makes an occasional "scary" appearance and creates a very small bodycount. 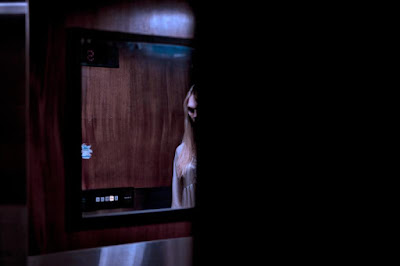 Why Katrine seems to have a special connection to the ghost both before and after its "liberation" from the mirror is never really explained, but in a desperate attempt to end the ghost's vengeful warpath she contacts Rolf (Mikkel Arndt of Small Town Killers [2017 / trailer]), a former dorm inhabitant mobbed out of the building by Sanne and her crew, a nice young bumpkin whose haircut is as notably ugly as Katrine is notably attractive. And so the two try to Scooby-doo the problem even as the ghost seems to be getting more and more pissed off... 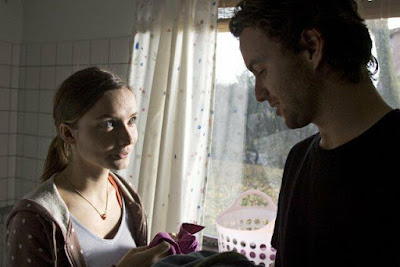 OK, the basic and generic mechanics of the narrative are acceptable enough, but the film is not. While the director Martin Barnewitz does on occasion succeed in creating a notably depressing and grey atmosphere, and even manages to get decent performances (particularly from his female cast) as well as do a decent balance of slow and quick editing, he never succeeds in making Room 205 all that suspenseful or scary. All his possibly directorial skill never manages to overcome the extremely and generically unoriginal and rather anemic screenplay that takes way too long to get going. Worse, once it finally gets going, it still doesn't exactly invigorate or cause heart palpitations. None of the kills are particularly creative, and but for the elevator death the build-ups are not very nerve-wracking. Likewise, as none of the victims are particularly likable people, their deaths don't pack an emotional punch. 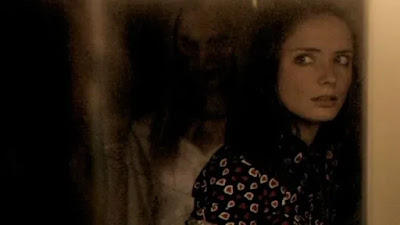 And while it might be pointless to question the reasoning behind the actions of an angry killer ghost, its choice and order of victims is nevertheless a bit of a head-scratcher: it not only keeps the resident of the room in which it resides for last, and seems to prefer women victims over men (despite, basically, being "created" by men). Also, for all its capabilities to take physical form or travel through mirrors or effect electricity or elevator movement, it is oddly housebound to the dorm and never seems to leave the premises. 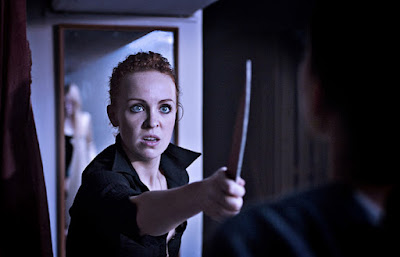 The resulting overall sentiment of dissatisfaction engendered by Room 205 is intensified to the point of making the film feel totally inconsequential, if not an almost total waste of time, by the final "shock" scare. Like most pointless epilogic shock scenes, which seem to be de jour in modern horror, the sudden appearance of a new, decidedly not housebound, ghost is an unfunny but snort-inducing joke that holds no water and only dilutes what was, till the sudden "appearance", a final scene that was the movie's strongest, being both sadly tragic and affective. The tacked-on shock destroys any affectivity ultimately achieved by that hospital scene. 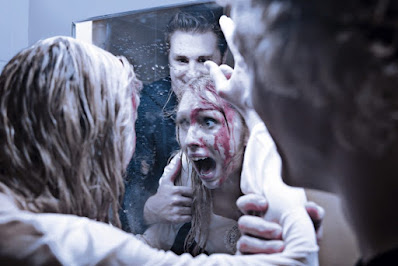 In the end, the only true "horror" of Room 205 is a realization that is at best peripheral to the story and probably not even considered by most viewers: the group of male assholes we see in the flashback that explains how the ghost came to be basically get/got away with their actions scot-free. (Obviously, they must be Republicans.) 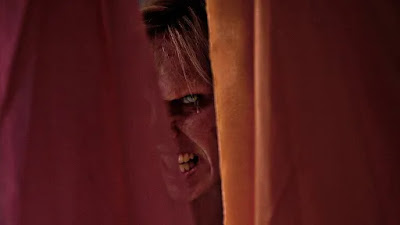 That Room 205 got a German remake five years later, 205 – Zimmer der Angst (2011 / trailer), has little to do with the quality of the tale. Much like the German thriller Kidnapping Stella (2019), a remake of a remake (Reckless [2014 / trailer]) of a passable movie (The Disappearance of Alice Creed [2009 / trailer]), the German remake of Room 205, we would argue, was due more to the extremely limited and thus easily affordable size of the cast, as well as a general creative bankruptcy, than anything else. One is hard pressed to believe that The Dorm, the TV series based on the flick(s) that is currently in the pipelines, will be in any way more imperative or interesting viewing material than the original (unoriginal) Danish movie. 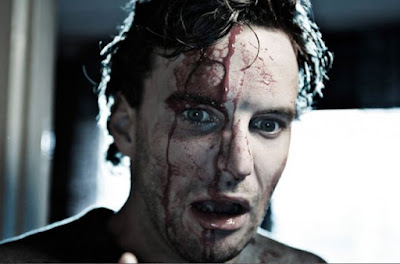