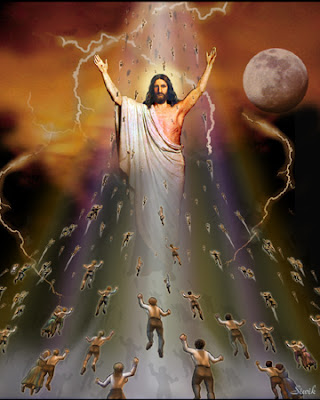 In case you have forgotten, the world is due to end in December 2012. True, it's the Mayans that supposedly say that – according to the interpretation of White Europeans like Roland Emmerich – but the end being the end being the end, we find it a good time to speak of The Rapture, which is also an end. And thus this film here as our Short Film of the Month for November 2012, The Rapture. This little film says everything you need to know about the up-coming change. We find this little gem of a film a total gas, though probably not for the reasons it was originally intended.
The Rapture was written, directed and produced in 1941 by Charles Octavia Baptista, who the following year founded C.O. Baptista Films (aka The Scriptures Visualized Institute, the C. O. Baptista Film Mission and the Baptista Film Mission), which refused to hire non-Christians and was one of the earliest firms dedicated to the production of Christian films. In Baptista's film we show here, as the Billy Graham Center explains, the film-maker presents an "enactment of possible events surrounding the second coming of Christ." 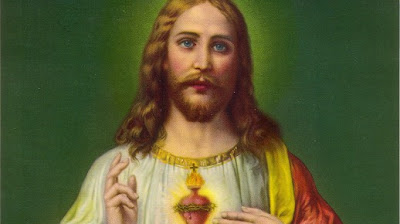 Charles Octavia Baptista himself was born in 1895 in San Cristobal, Venezuela, to the Venezuelan ambassador to Switzerland Octavia Baptista and his wife Nicita; 14 years later, in 1909, he came to the United States and, by around 1915, was selling pianos for the Kimball Piano Company of Chicago, Illinois (now Kimball International). Sometime around 1920 he found God and his illegitimate son – God and Mary never married, you know: heck, she already had a husband – and began attending the Buena Memorial Presbyterian Church (which was literally collapsing by the time it was demolished in 1996). In 1938 he got involved with distributing films to Latin American countries and, within a year, Baptista produced his first Christian short, The Story of a Fountain Pen (1939), which was "based on a sermon he had given to the Sunday school children of the church he attended, Winnetka Bible Church."
C.O. Baptista Films was originally located at 325 West Huron Street, Chicago, Illinois (1942-1947) and then 434 Sunnyside Avenue, Wheaton, Illinois (1947- approx. 1965). Again, to quote the Billy Graham Center, "The focus of the company's work was to produce 16mm films for use in churches and Christian organizations as teaching and evangelism aides and for evangelization among secular audiences. [...] The company also produced affordable projectors for motion pictures and filmstrips that could be used by churches and Christian organizations."
Shortly after Baptista's death in 1965, the company was dissolved by Baptista's successor Herbert Taylor due to financial problems. The company's assets were initially seized by the debtors, but the films were later returned to Taylor as the debtors had little use for them. They eventually came into the hand of former Baptista employee Maxwell Kerr, who held onto the approx. short 125 reels until the (Christian) Regent University purchased them in 1984 for the University Library's Special Collections. According to the University, "By today's cinematography standards, Baptista’s films would be considered rudimentary."
The truth of that last statement is evident in this film, but it is also one of the feature's that makes The Rapture fun to watch. So enjoy the film – we do. 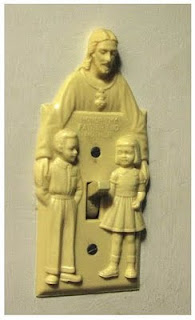 But before you do so, we here at A Wasted Life would like to share something with our loyal friends and followers: 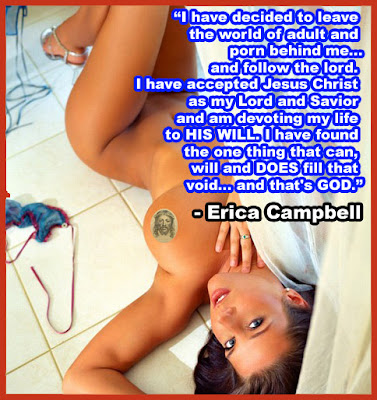 We thought that we should share the news with you that we, like Erica Campbell, have finally seen the light and realized that, amongst other things, the Bible is indeed the way. It does so much to educate people regarding God's Law. We have learned a great deal from it as of recent and try to share that knowledge with as many people as we can. When someone tries to defend the homosexual lifestyle, for example, we simply remind them that Leviticus 18:22 clearly states it to be an abomination.
Still, some points remain mysterious to us – probably due to our heathen past – and we thought that perhaps some of our readers could help supply the answers. We would be eternally grateful if some of you could help us regarding some other elements of God's Laws and how to follow them: 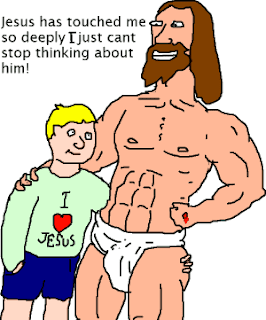 1. Leviticus 25:44  states that we may possess slaves, both male and female, provided they are purchased from neighboring nations. A friend of mine from the US claims that this applies to Mexicans, but not to Canadians. Can anyone clarify? Why can't he own Canadians? Likewise, the owner of the snack bar downstairs says we here in Germany are allowed to purchase the Italian and Swiss, but not the Danish, Dutch, French, Polish, Luxembourgian or Czech. Why is that? The Polish woman are much better looking than the Swiss…
2. Not that we yet have one, but if we did have a daughter and we wanted to sell her into slavery, as sanctioned in Exodus 21:7, in this day and age, what do you think would be a fair price for her? Are implants a justifiable reason to charge more?
3. We know that we are allowed no contact with a woman while she is in her period of menstrual uncleanliness (Lev. 15:19-24). The problem is: How do we tell? We have tried asking, but most women take offense. 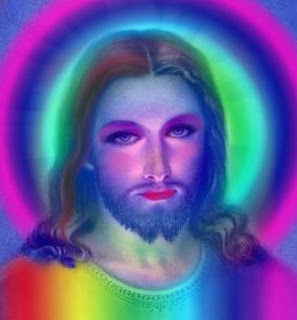 4. When we burn a bull on the altar as a sacrifice, we know it creates a pleasing odor for the Lord (Lev. 1:9). The problem is our neighbors next door. They claim the odor is not pleasing to them. Should we smite them?
5. The people running the snack bar downstairs insist on working on the Sabbath. Exodus 35:2 clearly states that they should be put to death for that. Are we morally obligated to kill them ourselves, or should we ask the police to do it? 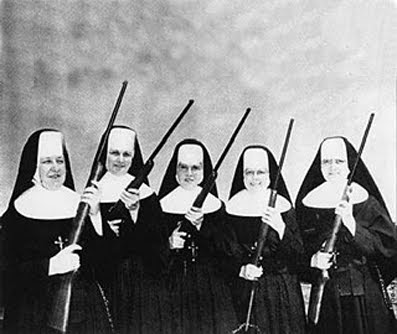 6. A friend of ours feels that even though eating shellfish is an abomination (Lev. 11:10), it is a lesser abomination than homosexuality. We are not sure if we agree. Can you settle this? Are there "degrees" of abomination? And although there are surely some vegetarians amongst them, surely we should punish the Japanese en mass for inventing Sushi… or was the earthquake and Fukishima enough? And what about the French and frog legs? (Frogs, after all, may not be shellfish, but they have neither fins nor scales.) Should we not declare war upon them? (The French, we mean....)
7. Luckily, we are not hunchbacked and our testicles are fine, but Lev. 21:20 also states that we may not approach the altar of God if we have a defect in my sight. We have to admit that we wear glasses. Does our vision have to be 20/20, or is there some wiggle-room here?
8. Most of our male friends get their hair trimmed, including the hair around their temples, even though this is expressly forbidden by Lev. 19:27. How should they die? Aside from that, can anyone tell us why it is obviously permissible to trim pubic and breast hair? 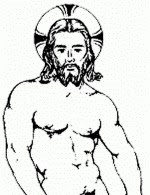 9. We know from Lev. 11:6-8 that touching the skin of a dead pig makes us unclean, but may we still play football if we wear gloves?
10. Our uncle has a farm. He violates Lev. 19:19 by planting two different crops in the same field, as does his wife by wearing garments made of two different kinds of thread (cotton/polyester blend). He also tends to curse and blaspheme a lot. Is it really necessary that we go to all the trouble of getting the whole town together to stone them (Lev. 24:10-16)? Couldn't we just burn them to death at a private family affair, like we do with people who sleep with their in-laws (Lev. 20:14)?
We am sure that someone amongst you all out there has studied the Good Book much longer than we and thus enjoys considerable more expertise in such matters, so we are confident that someone can help. We await your response so that we may learn more of God's Wisdom.

We here at A Wasted Life wish you all peace and love. And remember: God's word is eternal and unchanging. 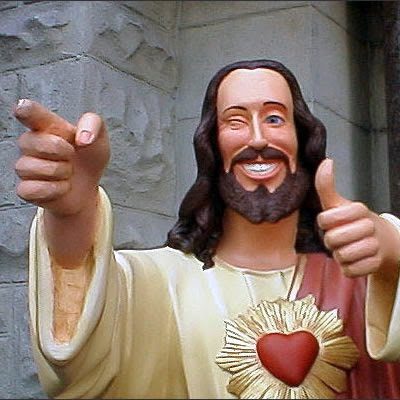