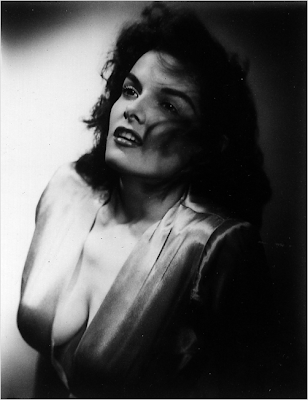 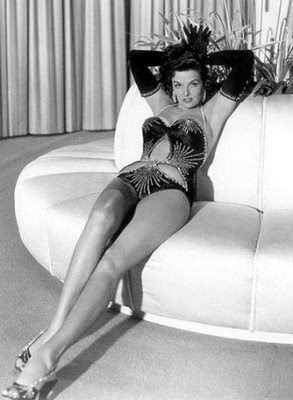 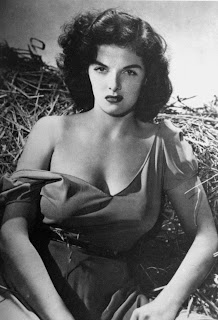 Born Ernestine Jane Geraldine Russell on June 21, 1921, in Bemidji, Minnesota, she was the only gal of five children and a wild child who had back street abortions and struggled with alcoholism. In her later years, like so many who had their fun but decide others shouldn't, she returned to the values of her lay preacher mother to become a God-fearing, church-going and committed Republican – or, as she once put it: "[…] I am a teetotal, mean-spirited, right-wing, narrow-minded, conservative Christian bigot, but not a racist."
Unlike many a sexpot of the Golden Age of Hollywood, even in her declining years Jane Russell never sank to do regular exploitation movies, with the possible exception of The Born Losers (1967), despite coming from a "classic" exploitation film, The Outlaw (1943). (Yes, The Outlaw is exploitation, if highbrow exploitation: the film, entertaining but laughable, is based around her cleavage and little more.) 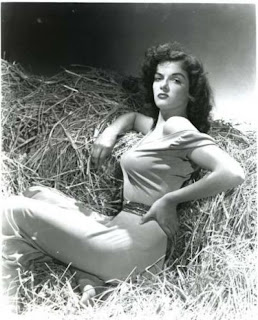 And it is for the attributes that Jane displays so fully if demurely in The Outlaw that this blog now pays their last respects, for as any long-time or even casual reader of A Wasted Life knows, one thing that A Wasted Life appreciates greatly is pulchritude. And even if Jane Russell, at 5'7" and measuring 38D-24-36, was not the type to star in the kind of films normally found covered here, along with singing she did excel in pulchritude. And she had legs that went on forever and was a brunette –
Face it, in her prime, she was one hot tamale, as any of the classic photos here prove. Along with Hedy Lamaar and Gene Tierney, Jane Russell was one of the great brunettes of yesterday's Hollywood.
And some of her films are even worth watching... 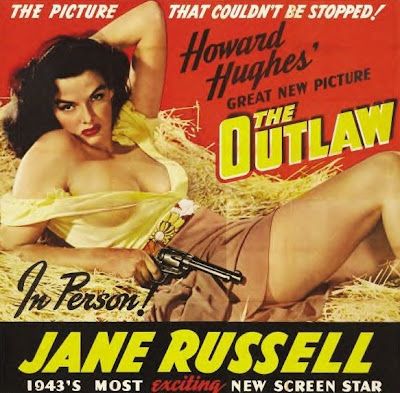 Tag line: "How'd you like to tussle with Russell?" (A stupid question if there ever was one.)
Saw this one many-a-year ago in a retro house in LA. The film had not aged well, though Jane Russell was Hot! Hot! Hot! Loved how she called in the preacher man to marry her real quick to the feverish Billy the Kid (Jack Buetel) so as to be able to climb into his bed and heal him through the warmth of her body. (No, I am not making that up.) In the public domain now, you can watch the full film below or at the Internet Archives.

For further info on The Outlaw, read the entry at Film Threat or the review at Caméra-Stylo. 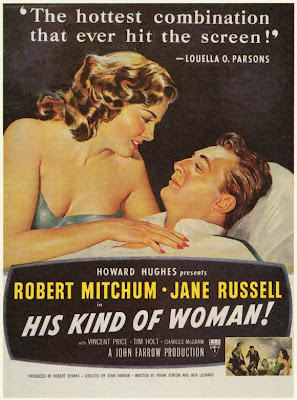 Nice poster – as is the case with most older films. And what a cast! Robert Mitchum, Vincent Price, Tim Holt, Raymond Burr and Jane "Yum Yum" Russell. One of the weirder forgotten film noirs around. To learn more, go to this review at Movie Outlaw. 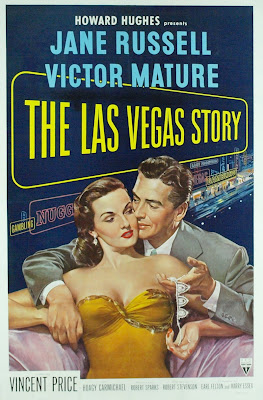 Nice poster – again. A very minor noir pairing one of Hollywood's least charismatic actors (Victor Mature) with Jane Russell's cleavage, featuring a slimy Vincent Price as a main supporting actor and the always entertaining Hoagy Carmichael at the piano (next to Jane, he's the best thing about the film). The film played in interesting role in film history, as told in detail here at TCM, but it is hardly worth searching out. 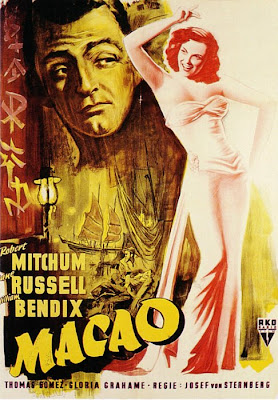 Jane and her pair paired with Robert Mitchum once again. Famous as the film not filmed by Joseph von Sternberg… it is said to be an OK noir, too. For a well-written review, check out the always excellent blog Noir of the Week. 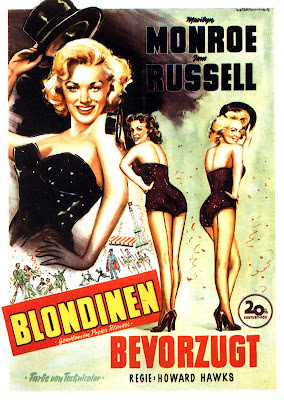 What can you say, a truly great film that has been copied and honoured in pop culture innumerable times. The dance number at the top of this entry also comes from the film. Rainer Werner Fassbinder even ranked it sixth in a list of his ten favourite films – one wonders why. Co-stars some blonde chick named Marilyn Monroe…. 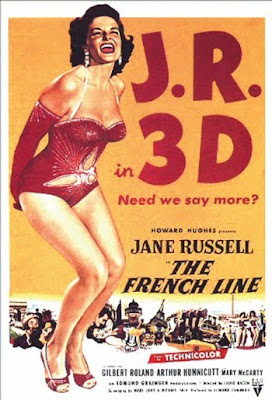 One Jane's lesser vehicles – a big budget Howard Hughes production helmed by the routinist director Lloyd Bacon (Footsteps in the Dark [1941]). But for all its money and pedigree and big musical number, this 3-D film exists for no other reason than to exploit the heavenly mounds and curves and thrusts of Jane Russell. She plays a millionaire who goes to Paris on the Liberté cruise ship of the French Line in order to find someone who will love her for her body instead of her millions…

And here, a dance number from the film: Jane Russell – Looking for Trouble 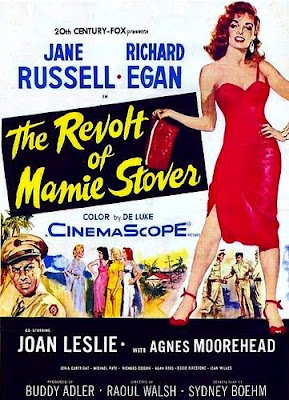 Jane plays a prostitute – isn't that obvious enough by the poster? Regrettably with red hair. Not a very good film; for a good write up on the film, check out Cool Cinema Trash. 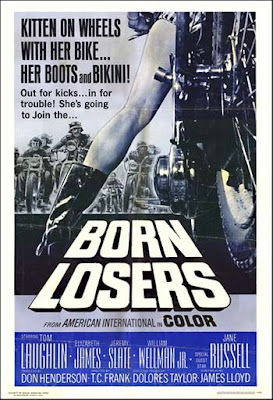 OK, she's listed on the poster as a special guest star, but for the life of me I can't remember her in the film… but then, I was probably all of 10 years old when I caught this flick while tagging along with my older sister (she was only 12, but her boyfriend 18). 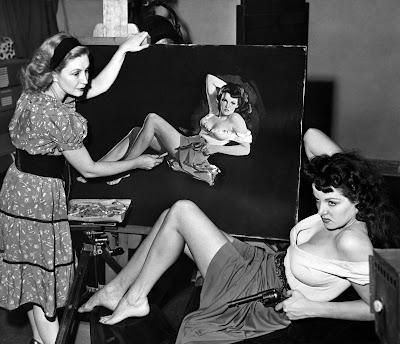