GIF from the probably NSFW tumblr weirdgifsystem.
Year 7 of A Wasted Life's "Ten Best Films of [Last Year]" list... the rules:
1. The films need not be made in the year in question (2015), they need only to have been viewed for the first time and reviewed that same year.
2. They need not even be "good" films: they need only to have left an exceptional impression or been in some way memorable enough while watching that they achieved a level of "unforgettableness" that makes them, in our non-humble opinion, worth watching — if only one time. (Good bad films rule!)
3. Short Films of the Month are as a rule excluded from the list, one: because simply by dent of the fact that their being chosen as a Short Film of the Month already makes them recommended, and two: the "Ten Best" list is for feature-length films only.
4. The order in which the films are presented is immaterial. This is not a countdown list, going from "tenth best" to "best". As far as we are concerned, all films presented are equally deserving of their placement.
The titles are linked to the reviews, in case you wanna know what we wrote about the given movie. 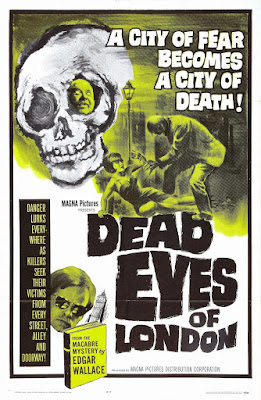 AKA The Dead Eyes of London. What can we say: we love vintage (German) Edgar Wallace movies. The first German Wallace to be directed by Alfred Vohrer, who went on to direct another 13, the movie is an admirable Wallace debut for the director and stars Joachim Fuchsberger as Inspector Larry Holt.
German Trailer: 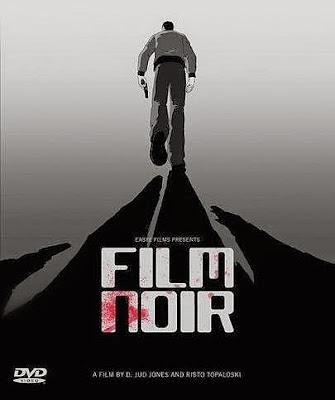 A B&W (plus flashes of color) animated crime flick that occasionally verges on persiflage but that manages to combine a large number of film noir stereotypes and narrative archetypes into an intriguing and entertaining movie. Plus points for being animated.
Trailer: 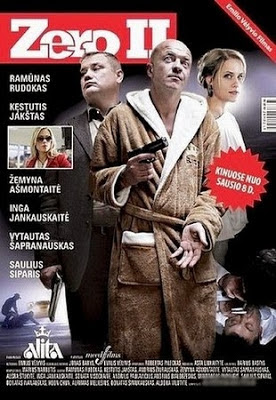 A sequel, but we never saw the first movie. Zero 2 is a tasteless wanna-be Tarrantino flick from Lithuania that will probably disgust most females, but most guys will find it entertaining. Nothing politically correct or socially redeeming to be found here, but for that a lot of tasteless jokes, good camera work, action, and fun.
Trailer: 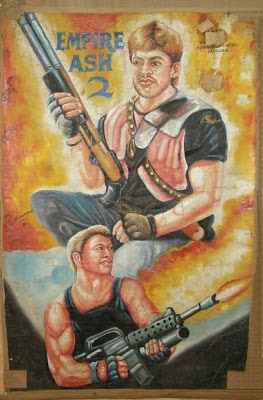 Trash. Pure trash. Unmitigated trash. From the day and age when everyone wanted to make the next Mad Max (1979 / trailer) movie. We loved it — if you love crappy films, you will too. Then again, maybe not... But if you do like this piece of celluloid dross, you'll also like two other movies further down on this list.
Full move: 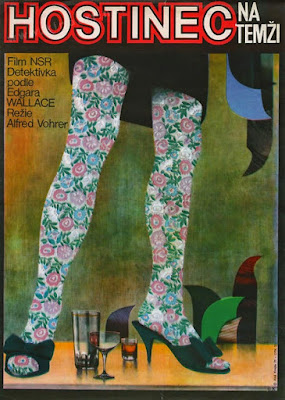 Aka The Inn on the River. One of the best of the B&W German Edgar Wallace movies, once again starring Joachim Fuchsberger, and with an interesting turn by everyone's favorite child molester, Klaus Kinski. As we say in our review, "The third Wallace film adaptation to be directed by director Alfred Vohrer for Rialto Films, Das Gasthaus an der Themse may have its flaws but it is not without reason that it is one of the more popular films of the series: it is both a worthy and enjoyable entry in the series — tacky, thrilling, funny, well-shot, fun."
Trailer: 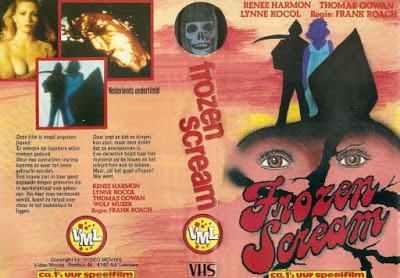 If you like films like Empire of Ash (1988) above, this baby is for you — only this one is even weirder, almost Dali-esque in its surreal lack of skill. As we say in our review: "Frozen Scream is one of those movies that is so bad, so incompetent, so unbelievably what-the-fuck that it makes most Ed Wood films look professional in comparison. One is tempted to simply write it off as 'what-were-they-thinking, oh-they-needed-a-tax-deduction' trash, but, in truth, although an unbelievably inept film, Frozen Scream displays an earnestness shared by all those involved that, regardless of the respective lack of talent, makes the viewer realize that the people involved in the project were probably truly serious about it."
Trailer: 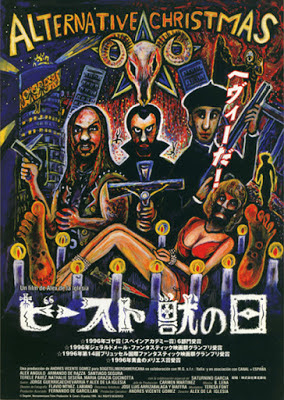 Aka The Day of the Beast. Another fun film from the sorely underrated director of Accion Mutante (1993) and countless other fun films. Álex de la Iglesia is out to shock and make you laugh, and he does both. Not for people who get upset when they see the uncircumcised chorizo of an old, potbellied naked man... and though set at Christmas, it probably isn't really a film you want to see with the family.
Trailer: 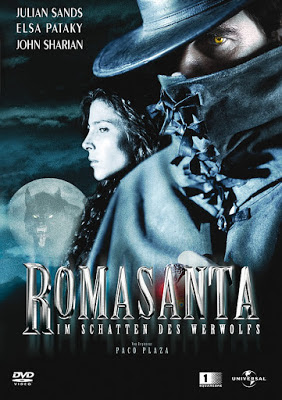 We here at A Wasted Life are not Julian Sands fans. In fact, his presence is usually enough for us to not bother with the movie. We are glad we made an exception for the wonderful, opulent slice of contemporary Eurotrash. If you're a fan of the gothic Italo horrors of the 60s, as are we, this movie is for you: Romasanta is a well made a return to the days of yesteryear that satisfies both one's nostalgia and one's desire for a decent film. Not flawless, but well worth watching.
Trailer: 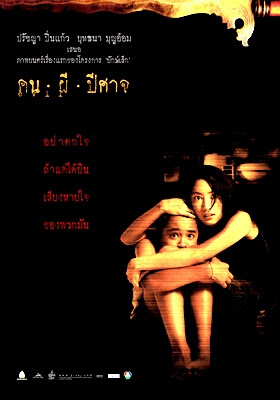 From our review: "The movie, which seems to be the directorial and screenplay début of Chookiat Sakveerakul is both atmospheric and at times effective, but in the end it is more interesting for its setting in and reflection of contemporary Thai working class culture than it is as a solid slice of horror. But face it, sometimes it's simply fun to watch a film, no matter how flawed, in which the prelude to a scary scene is the directive 'Clean up my Buddha room' and not 'Take this up to the attic / down to the basement'."
Trailer: 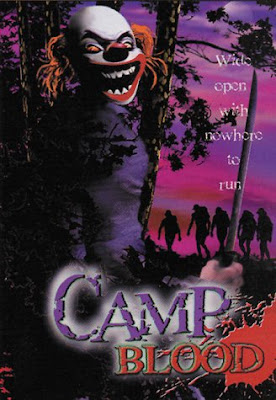 Originally we planned to make #10 a tie between two negligible films that we found equally if mildly entertaining, if for different reasons: Soft Target / Crooked (USA, 2006) and Return to Horror High (USA, 1987) — but in all truth, while entertaining, neither movie is truly exceptional: Soft Target is too generic, and Return to Horror High simply fails at its WTF end. But luckily, 2015 ended with us once again catching a film so truly terrible, so truly eye-popping fucked up and without any discernible value, that the two mildly enjoyable crapfests got blown away much like a hot air balloon behind King Kong's butt after month of him eating beans. Camp Blood is truly an amazing piece of shit, and a fun one at that. It took us hours to get our jaw back up off the floor. Recommended, like Frozen Scream (USA, 1975) and Empire of Ash (Canada, 1988) above, only to those who like this type of torture. You know who you are.
Posted by Abraham at 5:12:00 PM