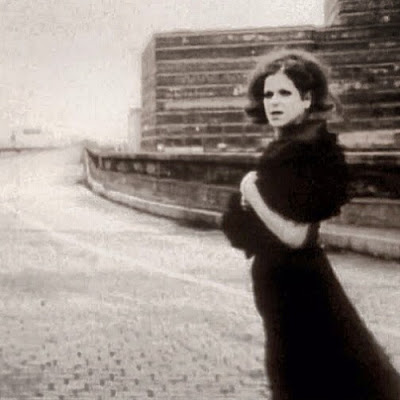 That Saturday Night Live is an [US] American institution goes without saying. When it debuted in 1975, it was an instant hit. At our junior high in Alexandria, VA, it was often the main topic at school every Monday morning — for the funny stuff, the music acts, and the stuff we didn’t really understand (Land Shark, anyone?).
We ourselves found the pre-nose job Laraine Neman sorta hot, but Gilda Radner (28 June 1946 — 20 May 1989) was our favourite comedian of the show. Between Roseanne Roseannadanna, Baba Wawa, Emily Litella, her heartwarming nerd characters, and any number of other endearing social misfits, Radner usually kept us laughing more than the various males that garnered most of the limelight. It goes without saying that her early death from ovarian cancer was a tragic loss and made the world a less-funny place.
Among the more drily humorous regularly aired segments of the original year was "Schiller's Reel", which featured the short films of Tom Schiller. This film here, La Dolce Gilda, aired on Episode 17 of Season 3, is one such film. As the short's title makes obvious, it features Gilda Radner and is inspired by the films of Fellini. In all truth, at the time La Dolce Gilda was originally aired, it went over our head: we hadn't even seen our first Fellini film yet (roughly 4 years later in LA we finally saw Satyricon [1969 / trailer] on a double bill with Roma [1972 / trailer]). And now, almost four decades after La Dolce Gilda first aired, we recently rediscovered it on Vimeo and found it both inspired and touchingly melancholic.
As AV Club notes,  "La Dolce Gilda [is] a beloved, rightly revered tribute to La Dolce Vita (1960 / trailer) that beautifully replicates the look, sound, aesthetic and carnivalesque madness of Fellini despite being awfully low on jokes. As lovingly written and directed by Tom Schiller as part of his 'Schiller's Reel' collection it's less a parody than a straight-up homage. It's a sort of dual love letter to Radner and Fellini."
According to the blogspot Life of Brian, SNL replayed the film about a week after Gilda died as a tribute to her. Here it is for you, as our Short Film of the Month for June, 2016.
Tom Schiller's
La Dolce Gilda:

Radner's last film prior to her death, by the way, was the critically panned commercial flop she made with her husband Gene Wilder, Haunted Honeymoon (1986 / trailer). We here at A Wasted Life are some of the few who rather enjoyed the movie, as you can tell by our review of it found here. It is still awaiting rediscovery and reappraisal.
Posted by Abraham at 6:40:00 PM