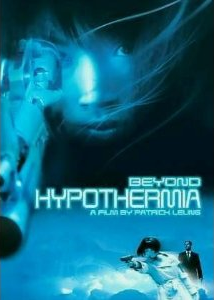 (Spoilers.) A lean, mean, moving, and unjustly forgotten movie from the tail end of the Golden Age of Hong Kong bullet ballets, Beyond Hypothermia is well worth searching out. What makes this move particularly noteworthy, aside from the competent direction by former John Woo assistant director Patrick Leung, the top-notch editing, and the tight story, is that it manages to merge both what one expects from a multi-violent, blood-drenched Hong Kong killer flick with a surprisingly non-maudlin but touching love story. That it should end tragically is, of course, expected, but that the movie as a whole should be so effective, so successful, is not.

Opening with a bruised and bloody hand reaching for a bullet, the scene initially seems to have nothing with the narrative that follows, but by the end of the movie the circle closes and everything suddenly makes sense — tragic sense. There is no hope, there is no love, and there is no future for killers; and whether driven by a desire of vengeance or by not knowing anything else in life, the final result is the same: you not only kill your darlings, but die yourself. 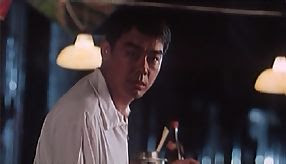 The plot concerns a nameless hitwoman (the beautiful Jacklyn Wu), raised without a past by her "aunt" as a soulless killer whose cold actions are mirrored by her unnaturally low body temperature. She is less a human than an empty shell and a killing machine, but buried beneath the skin of the literally cold-blooded professional, the longing and desire for love and human companionship struggle to become free. A lonely woman lacking both a past and a future and in need of male companionship, she is slowly warmed by the delicious noodle soup made by the slightly thick-headed, friendly, and equally lonely man (Sean Lau, of Return to a Better Tomorrow [1994 / kill count] and Black Mask [1996 / trailer]) running the noodle stand across from where she lives. He dubs her "Pretty Ghost" due to her beauty and the way she appears and disappears without warning, and slowly an affectionate relationship develops between them. But the successful completion of a hit in Korea causes that now-dead man's bodyguard (Sang Woo Han) to go off the deep end. He leaves a long, bloody trail of (intentionally and unintentionally) dead bodies as he slowly hones in on the mysterious woman who killed his boss, losing more than just the little humanity he had in the process. In that sense, he is the reverse of "Pretty Ghost": as she warms and thaws out, becoming ever-more human, he becomes ever-more bloodthirsty and cold, soulless, and irredeemable — something he realizes himself in the final scene. 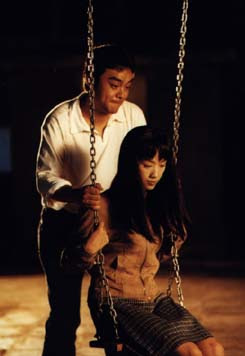 In all truth, were the two core narrative threads of Beyond Hypothermia — a relatively kitschy love story and a blood-drenched shoot-'em-up flick — separated, neither would be all that impressive despite all the stylistic panache and flash of the presentation. What makes Beyond Hypothermia so special is that it manages to follow the templates of the two genres so closely while achieving a balance that both works without seeming trite and that also gets the viewer solidly involved with the narrative and characters, to the point of even caring for the figures (or at least the two lonely leads). 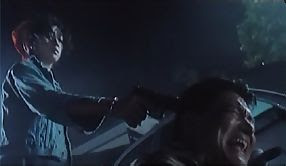 The technical finesse of Leung's camerawork and staging matches well with the don't-waste-time screenplay by Roy Szeto (whose other projects include, among others, The fun kung fu zombie political parable We're Going to Eat You [1980 / trailer], the dead-horse-flogging A Chinese Ghost Story III  [1991 / trailer], the disappointing The Assassin [1993], the intriguing The Phantom Lover  [1995 / trailer] and the trashily fun Mutant City [1992 / trailer]). What truly carries the movie, however, and what truly helps make Beyond Hypothermia transcend being simply another flashy, well-made Hong Kong spectacle of flying dead bodies, are the two leads. 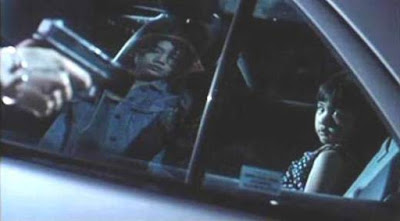 Both Wu and Lau are amazing in their respective extremely sketchy roles and manage to make their characters both more rounded and sympathetic than the extremely linear and low-fat script should allow. Wu manages to go from a convincingly heartless professional killer to a woman in doubt to a woman suddenly feeling moments of joy (probably for the first time in her life) with her facial expressions and body language alone, and as a result she makes a killer (so cold-blooded that she barely pauses when killing a child) likeable and an object of the viewer's interest and affection. Lau does likewise, presenting himself as a not-too-bright but extremely engaging man whose heart and love goes out to a mysterious woman, and who does everything possible to catch her interest. By the end of the movie, the viewer really wishes that the two would, could, somehow, ride off into the sunset. Instead, we get a massive shootout, an almost nihilistic last line (from Lau) that literally hurts in its irony, and a sad finale that even leaves even a room full of beer-swilling dudes silent. 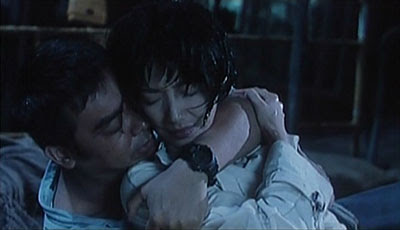 True, some aspects (like how weapons are delivered to the heroine) occasionally instigate giggles in their inanity, but one is given little time to mull over such things; they are, in the end, perfunctory aspects that must be resolved quickly to get to the given point of the scene: that the killer is a perfect killer, that she is totally heartless, that the nemeses is introduced. And speaking of the nemeses, Sang Woo Han is a bit one-note in his characterization of the out-of-control, revenge-driven bodyguard, but luckily neither his haircut nor his beady-eyed, blinkless stare do all that much damage to the movie. The biggest flaw of Beyond Hypothermia is without a doubt the dated synth music that swells up in full-blooded 80s/early-90s tastelessness whenever there is a tragic or emotional scene. It is a further credit to the film and the filmmakers that despite be saddled with such a crappy and cheap-sounding aural nightmare, Beyond Hypothermia remains so effective, so tragic, so stunning. 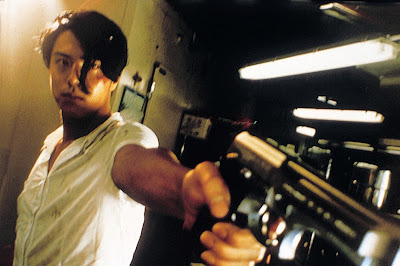 It is time that this forgotten move was rediscovered. Give it a go: it might be the first Hong Kong bullet ballet that your women's-film-loving other half might like.
Posted by Abraham at 5:00:00 PM

Well, I recently watched this movie again after about ten years or more of not seeing it, and despite the bad dubbing, it still holds up quite well. I'd give it about an eight or nine. It's too bad the lead actress retired from movies fourteen years ago. Unlike many men, I like kick-ass babes, as long as they aren't married to me. Hong Kong cinema seems so disposable, still, there are copies for sale on Amazon, so spread the word. Keep rocking. - Mark Louis Baumgart