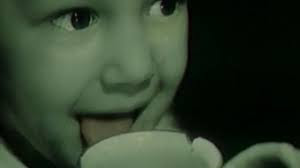 Before you say anything about how "It's the Czech Republic", please note that in 1987, when this film was made, the Iron Curtain had not yet dropped and the two countries were still one country. Not that really has all that much to do with the short film at hand...
We stumbled upon this arty cinema artefact while perusing the Shorts section of the always readable film website 366 Weird Movies. And while we have long known and admired the Czech stop-motion animator Jan Švankmajer, the name Jirí Barta, who seems to belong to the "second generation" of the Golden Age of Czech animation, was new to us. Born in Prague on 26 Nov 1948, he began studying at Academy of Arts, Architecture and Design in Prague in 1969. Riddles for a Candy, his first film that we know of, a short film, was released in 1978 and its cuteness factor and stop-motion style is a far cry from our current Short Film of the Month, The Last Theft. Over the years since Riddles, however, despite perhaps specializing in stop-motion, Barta has displayed a willingness to experiment in styles and technique that others of his Czech brethren do not. 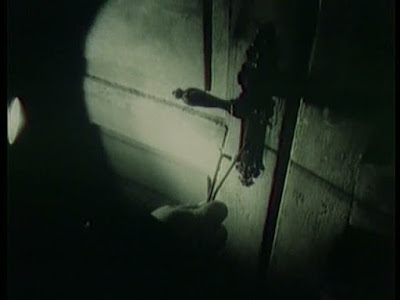 And The Last Theft is definitely a different technique from his other films, long or otherwise. The roughly 21-minute short, Barta's follow-up to his highly respected, stop-motion, semi-long film The Pied Piper (1986 / full film), is not even a "real" animated film: shot with actors, it uses various techniques that give it an oddly animated feel, but in the end it is live action and feels perhaps a bit closer to the silent films of yesteryear than to Barta's general artistic output. A contemporary horror story at heart, The Last Theft's dreamlike, almost Gothic atmosphere, deliberate pacing, and oddly retro, silent-film vibe call to mind other art-infused movies like our Short Film of the Month for February 2020, The Fall of the House of Usher (1928). 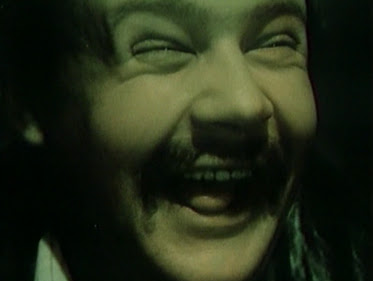 The plot, as given at Children of the Blazing Fist: "The Last Thief starts off at night time with a robber (Ivan Vojtek) breaking into a supposed house. While he starts off small with a single gold coin, he notices more valuables that further entice him. His greed knows no bounds as he stuffs what appears to be a bowling ball sized bag full of anything of worth; from clothes, to fine silver wear, to even an old clock. As he searches the house, the thief grabs and breaks a pearl necklace, sending the individual beads everywhere. The thief tries to pick them up and stumbles upon a betting dice game being played by the house's residents. Greeted with solemn faces he is invited to join them and reluctantly sits down. Still nervous from his thieving, he calms down after rolling his first winning hand. [...]"
Enjoy the subtle horror that is
The Last Thief:
Posted by Abraham at 1:53:00 PM