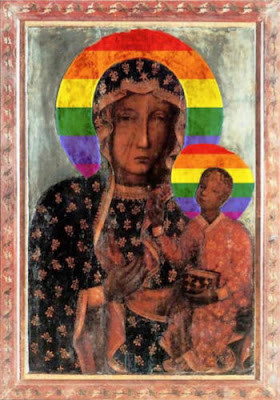 Two months after Labyrinth (1962), our Short Film of the Month for March 2022, we once again turn our attention to the land of Rainbow Mary and to a short film introduced to us in February by way of one of favorite time-wasting online sites, boingboing: Zbigniew Rybczyński's experimental short film, Tango.
As boingboing explains, "Tango by Zbigniew Rybczyński, a 1980 avant-garde film, was the first Polish film to win an Oscar. During the 8-minute film, a room that starts out empty gradually fills with more and more people. Each person repeatedly performs an action on a loop; a boy climbs in and out of the window to fetch a ball, someone does a handstand on a table, a woman paces back and forth with a crying baby, and so on. It seems that everyone is focused on their own actions, with no awareness of anyone else in the room. This causes a brilliant scene of chaos."
"Thirty-six characters from different stages of life — representations of different times — interact in one room, moving in loops, observed by a static camera. I had to draw and paint about 16,000 cell-mattes, and make several hundred thousand exposures on an optical printer. It took a full seven months, sixteen hours per day, to make the piece. The miracle is that the negative got through the process with only minor damage, and I made less than one-hundred mathematical mistakes out of several hundred-thousand possibilities. In the final result, there are plenty of flaws: black lines are visible around humans, jitters caused by the instability of film material resulting from film perforation and elasticity of celluloid, changes of colour caused by the fluctuation in colour temperature of the projector bulb and, inevitably, dirt, grain and scratches. [Zbigniew Rybczyński in "Looking to the Future - Imagining the Truth," in Cinema& Architecture (1997), by Francois Penz & Maureen Thomas]"
As we once mentioned on this blog way back in 2015, in Misc. Film Fun: Otres Aires — Milonga Sentimental, tango and milonga are faves of ours, so Rybczyński's titular choice of music, a piece composed by the Ukrainian-Polish composer Janusz Hajdun (25 Feb 1935 – 12 Sept 2008), already warmed our heart. (Though, admittedly, it sounds as if the record player's belt is loose.) The once technically advanced, now somewhat aged-looking visuals, along with the oddly meditative state of mind the short puts the viewer in, sealed the deal: here is a film, "for adult intellectuals only," worth presenting.
Tango
by Zbigniew Rybczynski:
As mentioned further above, Tango even won an Oscar (for Best Animated Short Film in 1983). A night, much like that with Will Smith (and his "Slap Heard only in America"), didn't quiet go as the awardee perhaps hoped: "Winning an Oscar is supposed to be a night you'll always remember. For Polish animator Zbigniew Rybczynski, it was a night he'd rather forget. In 1983, he earned the dubious distinction of being the only person to win an Academy Award, and within minutes, arrested and jailed. [Cartoon Brew]" Basically: he went outside for a smoke and the overzealous guard wouldn't let him in, even though he was still holding his Oscar. Needless to say,Rybczynski threw a fit — and got arrested.
Not that it hurt his career: he went on to long career in music videos and has founded or headed or worked at numerous schools and institutions. (Check out Wikipedia if you want the details.) A low resolution example of a music video directed by Rybczynski: 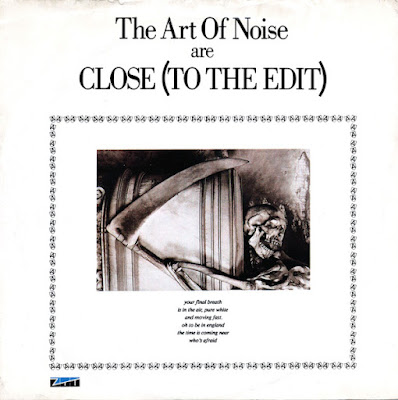 Art of Noise's
Close (to the Edit):
While Rybczynski has yet to direct a feature film, he has occasionally done the cinematography on other people's feature-film projects. For example: in 1983, the same year that he won the Oscar, Rybczynski did the cinematography (and co-wrote) Garald Kargl's horror film Angst, an Austrian production a.k.a. Schizophrenia. The plot, as found at Bloody Disgusting in the article 10 Great Horror Movies Based on True Crime Horrors: "A troubled and unnamed man gets released from prison and immediately sets out to indulge his sadistic fantasies. He comes across a secluded house and spends the evening tormenting the family that lives there. Artfully directed by Gerald Kargl, this Austrian horror film only refers to its villain as K., The Psychopath (Erwin Leder of Taxidermia [2006 / trailer]), but he's loosely based on mass murderer Werner Kniesek. The movie's extreme violence* resulted in a ban all over Europe, which helped relegate Angst to obscure status." Music by Klaus Schulz (4 August 1947 – 26 April 2022) of Tangerine Dream. 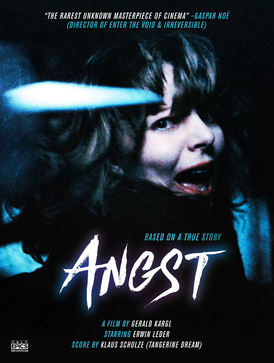 Trailer to
Gerald Kargl's Angst (1983):
* "The gruesome scenes were filmed with the best cinematography possible, implying the director wanted to emphasize the gore. It is difficult to find any valid reason in this film for dwelling on the killings and the murderer, other than simple exploitation for a better box office take. [All Movie]"
Posted by Abraham at 9:07:00 AM