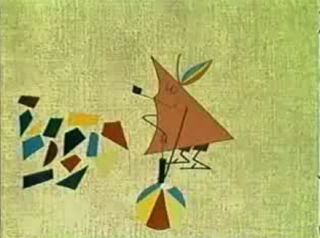 This month's short film is a somewhat forgotten blast from the past from Croatia, made at a time when the country was still behind the Iron Curtain and part of the Socialist Federal Republic of Yugoslavia. Surrogate is a cinema short, as in it was not made specifically for television screening. It tells the tale of a man visiting the beach whose inflatable life slowly but surely slips out of his control.
Nominated for an Academy Award as Best Animated Short in 1962, Surrogate became the first foreign film to win the award. In 2012, the Academy even saw the film fit for preservation. It was written by Rudolf Sremec (18 Aug 1909 – 16 Aug 1999), a man remembered in his homeland as a talented documentary filmmaker. The director of the film, however, is Dušan Vukotić (7 Feb 1927 – 8 July 1998), one of the founding members (in 1953) of Zagreb Film, a animated film studio still active today. In 1964, The Game, another Vukotić (partially animated) short was nominated for an Oscar but failed to get it.
Aside from animated shorts and documentary films, Vukotić also made occasional feature films, including the rarely screened and decidedly odd, Earth-bound science fiction parody (with a pace monster created by Jan Svankmajer) Gosti iz galaksije a.k.a. Visitors from the Galaxy of Arkana (1981 / full film). The poster below is from its DDR/GDR release. 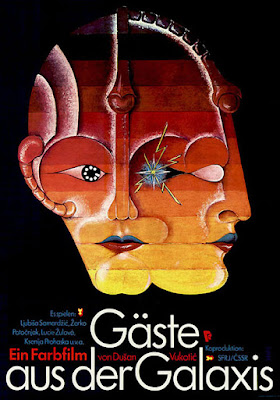