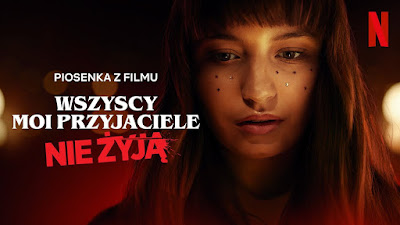 This Netfux production is a blood- and death- and sex-drenched Polish black comedy that is more enjoyable than it probably should be. If there is a core lesson to be learnt from the narrative of All My Friends Are Dead, then it is surely that one should not have hot, orgasmic sex while holding a loaded gun in one's hand (or, in turn, you shouldn't orgasm a babe if she's holding a loaded gun). For it is with the scene in which this transpires that the dominoes (as in bodies) begin to fall, one after the other, resulting in the resolution whence this film takes its name. In that sense, the movie doesn't really have a plot: it simply starts with everyone dead and then shows how it happened.
Polish Trailer to
Wszyscy moi przyjaciele nie zyja:
All My Friends Are Dead opens the morning after a catalytic New Year's party in which all the friends die, and playfully enough the movie's title is not delivered in writing but by the spoken words of the sole survivor as she is carried out on a stretcher, her neck obviously broken. This prefatory scene also reveals that Polish cops, with or without sticky fingers, seem to be about as incompetent as American cops are willing to kill black people. But not too much time is spent on the mildly critical presentation of the capabilities of Polish cops; instead, after a quick review of diverse dead individuals and the pile of corpses as a whole, the movie quickly moves to the past to reveal just how the swinging private party of twens — a party not all that different from millions around the world on any given New Year's night — became a house full of dead people. 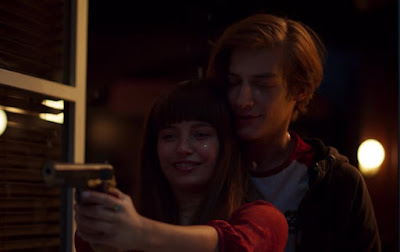 For the opening party scene of his feature film directorial debut, the director and screenwriter Jan Belcl resorts to an extremely artificial artifice to get the introductions out of the way: the viewer basically looks over the shoulder of two guests as the popular host walks through the party and gives a quick introductory explanation of (or has a quick revealing exchange with) all the faces of importance. Not everyone in the party, in other words, but enough people that specific characters register, allowing one to put the still-living faces in conjunction with the dead bodies seen at the start of the movie. Soon thereafter All My Friends Are Dead segues into farcicality and grotesque, so realistic conduct often is lacking (see: sex with a loaded gun in your hand). But then, who needs realism or logic when, after the first *GASP!*, the crude and nasty laughs flow so easily? 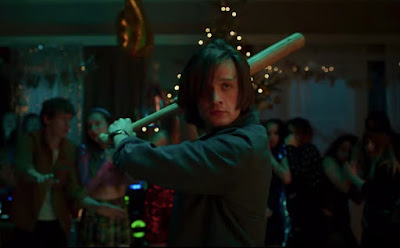 True, the humor is often sexist, crass, or simply puerile, but as blatant and obvious and easy as many of the laughs are, a few are also subtle (look at the girl's face when her boyfriend says he respects her too much to ever piss on her), have long build-ups (what happens after she breaks up with him for being such a wimp), or are unexpected (exploding silicon anyone?). Indeed, although the film comes across as not particularly intelligent and definitely tasteless, there is often a lot more behind the events and interactions than what plays out. Some jokes, for all their bluntness, display an enjoyably socially critical basis — it just isn't obvious as they occur. And amidst it all, Gloria (Monika Krzywkowska ), a total party-girl MILF, even manages to give a long and extremely touching rant about the fears, if not probably realities, older women face when entering a serious relationship with a younger man.

Director Jan Belcl almost loses control of his material during the big finale scene (specifically, the point in which the gun turns into one of those magic guns that ever needs reloading), but he catches the curve with a killer Christmas tree, a scene that reveals why every house should have a security circuit breaker, and a closing alternative-reality ending that reveals that sometimes shit happens even in perfect places. (Can a film be homophobic and homo-happy at the same time?) 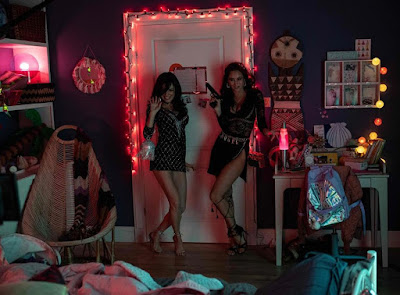 All My Friends Are Dead is definitely not everyone's cup of tea, but if you are the type that enjoys a blackly funny body count, this tightly shot grotesque will probably offer you a pleasant evening's viewing. 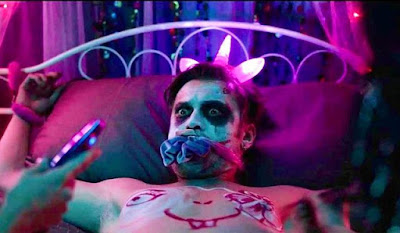 And always remember: don't forget to drink enough liquids when you're dancing the night away on X. 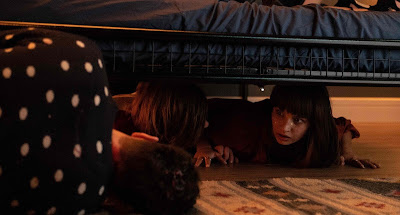