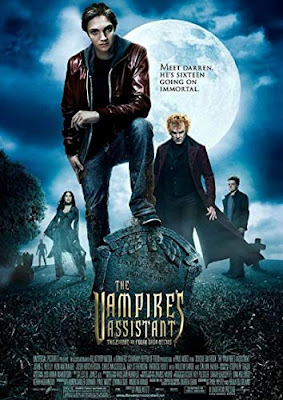 OK, who greenlighted this one? Anyone with half a brain could have seen that this movie, one of many of the day based on "popular" teen-lit series and filmed in hope of establishing a hit franchise ala the puke-inducing Twilight series (five films, 2008-2012) and mildly interesting Hunger Games movies (four films, 2012-2015), was going to be a flop

Seriously? A franchise about a teenager named Darren (Chris Massoglia) who, due to his own stupidity (and sticky fingers), gets blackmailed into becoming a vampire? And who, by the film's end, lives in a circus populated entirely by "unusual people" (or to use traditional, P.I. terminology, "freaks")? And who falls in love with a sweet, young girl with a monkey tail (Jessica Carlson)? Who was this movie meant for? Definitely not today's deplorable masses. 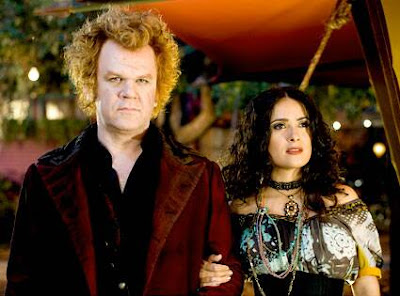 But what can we say? We loved Cirque du Freak! (But then, we also never read any of the books. As normal, many — if not most — fans of the book series seem to think that the adaptation sucks limp vampire weenie.) 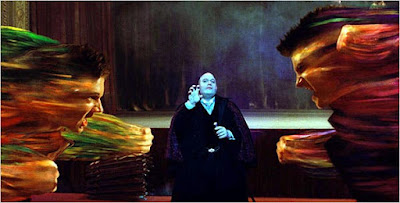 True, some of the CGI is already dated, and the movie itself takes a bit of time to get going, but the former is generally expected two months after the release of any movie and as for the latter, we at least get a detailed introduction to the world and people that would have come had the movie been a success, all served with a liberal amount of (often extremely) black humor and visual flare. Salma Hayak, like normal, doesn't exactly prove her thespian chops, but for that she does prove that she is beyond sexy even with a beard. John C. Reilly (see "Ham" at Misc Film Fun – Two Music Videos that Tell Stories) is unexpectedly effective in the difficult role of the vampire Crepsley, segueing well between humorous and threatening — much like Michael Cerveris as his nemesis Mr. Tiny, whose goal is to start a war between the vampaneze (vampires who kill their victims) and the vampire (vampires who merely drink from their victims). Josh Hutcherson (seen below n double, not from the movie), who as everyone knows went on to greater success in The Hunger Games and has struggled since, is a bit uneven as Steve, Darren's best friend who chooses evil, but definitely shows enough promise that one can imagine he would have grown into the role and become a truly effective evil asshole. William Defoe (of Daybreakers [2009]) shows up a couple of times as the vampire Gavner Purl, an entertainingly campy figure that probably would have been a lot of fun had the movie become a franchise.

Excuse us as we shed a tear about the spilled milk — and give the movie a gander. A great one to watch with the kids. 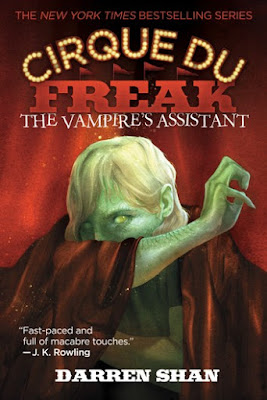