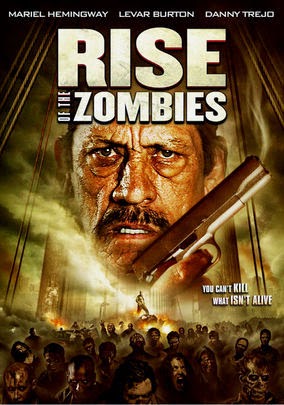 We have to admit to a slight perhaps even sadomasochistic weakness for movies from The Asylum. We view the infamous "film studio" and distributor of straight-to-DVD mockbusters and anti-extravaganzas as the contemporary equivalent of the Poverty Row production houses of long ago àla Monogram Pictures and Producers Releasing Corporation, and as such we watch one film after the other, forever hoping that somewhere along the lines we might stumble upon a new and future low-budget classic. 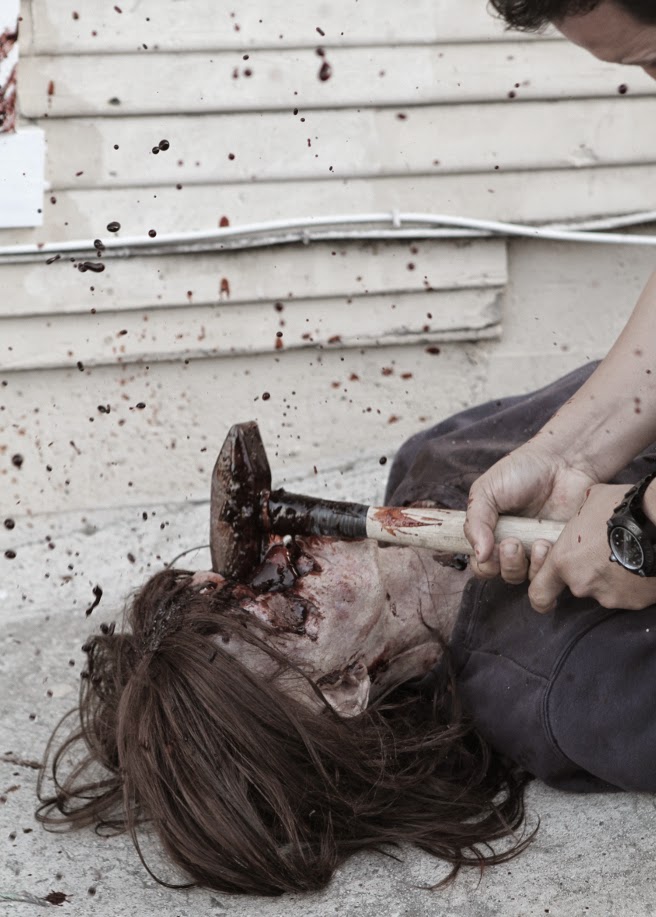 But whereas amidst the plethora of product upchucked by the cheapo houses of yesteryear one does find an occasional excellent or simply good movie if not a rare classic — to name a few: Ulmer's Detour (1945 / full movie), Strangers in the Night (1944), The Crime of Dr. Crespi (1935 / scene), White Zombie (1932 / trailer)*, Escape By Night (1937 / full movie), The Sins of Nora Moran (1933 / full film), Strangler of the Swamp (1946 / full film), Jean Yarbrough's The Devil Bat (1940 / full film), and Arthur Dreifuss' Baby Face Morgan (1942 / full film) — the money-making productions regurgitated by The Asylum tend, on the whole, to display a talent and originality more comparable to that of The Monster Maker (1944) than, say, The Vampire Bat (1933). But still, we have not yet given up hope that one day we might find a movie from The Asylum that we can recommend to others without any contingencies.
Needless to say, Rise of the Zombies is not that movie.
* In all truth, more of a low budget independent film that a Poverty Row production. 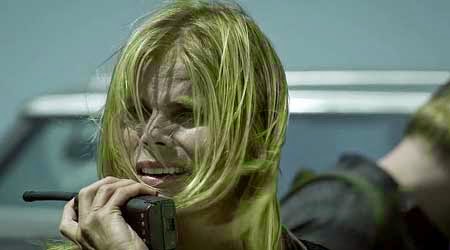 Which isn't to say we didn't enjoy this movie, because much like we like enjoy eating lard mixed with bacon bits spread on bread — called "schmalzbrot" over here in Germany — we enjoyed watching Rise of the Zombies: it's cheesy and trashy and has nary an original bone in its body, but it does instigate many a giggle and belly laugh and even an occasional cheaply made gore shock. We would be seriously hard-pressed to recommend it to anyone, and would likewise indeed tell all zombie fans to give this bow-legged baby a wide berth, but for the least-demanding out there — those who, say, prefer a soggy Big Mac to a freshly made BBQ burger, for example, or an American Bud to a Czech Bud — well, to paraphrase an advert we all know, "This movie's for you". Eat your Cheez Wiz and enjoy your brain rot — but the rest of you people out there, well, it ain't like you should actually seek out this piece of cheap Velveeta and make a night of it. 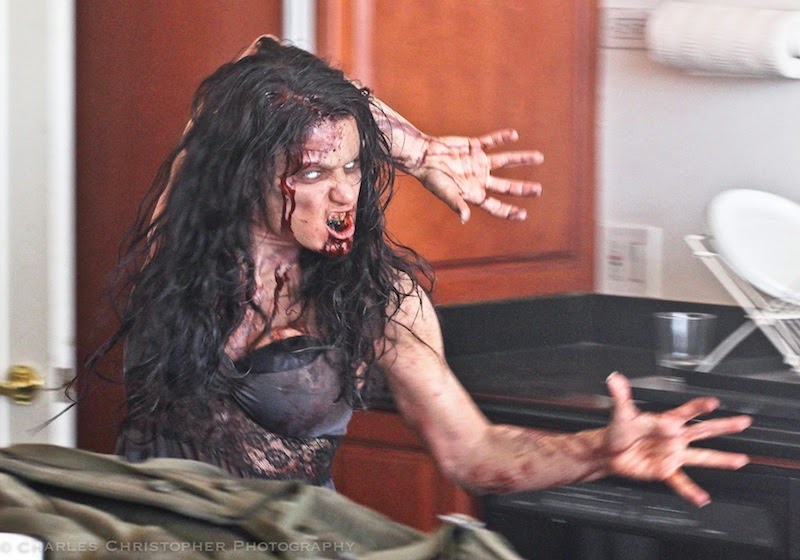 Born as a TV movie under the oddly familiar name Dead Walking, at the latest by the time the flick was released on DVD the title had metamorphosed into the slightly less blatantly derivative Rise of the Zombies. The main plot revolves around various survivors of a zombie apocalypse who leave the limited safety of their refuge on Alcatraz Island and more or less almost all end up dead. A few, however, do survive — probably those who cost the least — and fly off in an open ending for a possible sequel.
TV Promo:
About the only truly original concept of the Rise of the Zombies is their explanation of what the cause is, but like all zombie films — and despite the amount of time spent on the concept of finding a vaccine — it is merely the MacGuffin for the zombie attacks, kills, chases, gut munching and blood flow that are the modern zombie flick. As the story progresses, a mildly knowledgeable viewer can almost name the earlier movies any given idea comes from: refuge on an island, Romero's Survival of the Dead (2009 / trailer); a virus that infects in seconds, 28 Days Later (2002 / trailer); pregnant women and an open-ended escape by helicopter, the original Dawn of the Dead (1978 / German trailer); pregnant women and/or zombie babies, Dawn of the Dead remake (2004 / trailer); a character who prefers suicide to life in a zombie world and/or taking refuge in a prison, The Walking Dead; the savage amputation of a bitten hand with a machete, Day of the Dead (1985 / trailer); etc. etc. etc. Rise of the Zombies is very much a cookie-cutter movie, the script of which comes across as if someone adapted the Burroughs & Gyson cut-up technique using past zombie screenplays to make a new one. 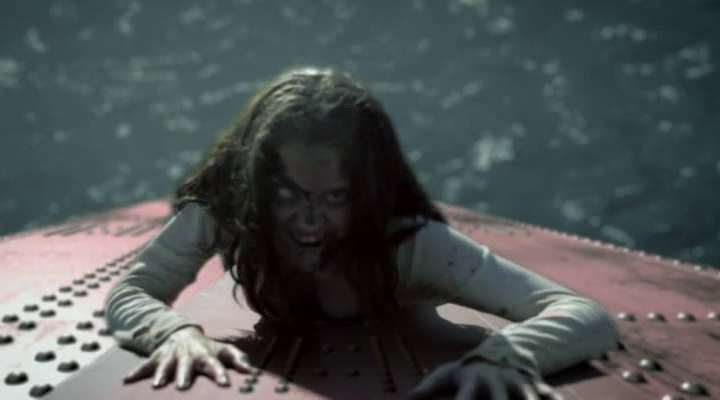 Like many an Asylum film, the little star power of the movie is based primarily on has-beens, the biggest still-viable name being the character actor Danny Trejo. Not surprisingly, he's one of those who doesn't survive until the end — that probably would've stretched the budget too much. The other recognizable names are LeVar Burton, who looks a bit like he should give up on the transporter and take up jogging, and Mariel Hemingway, whose acting varies so extremely from excellent to terrible that it becomes easy to understand why she works best as a character actress: she can act, but obviously not for any extended period of time. (One of the best scenes of the entire film, by the way, is when she threatens Trejo with a knife and — OH MY GOD! — he tries to act scared! It was a moment that had us writhing on the floor in unadulterated mirth.) 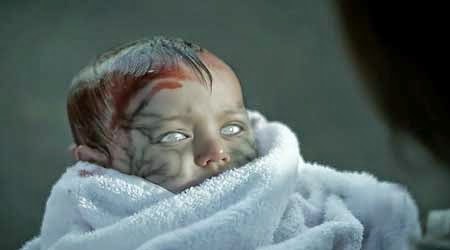 For all its derivativeness and narrative flaws, what truly undoes Rise of the Zombies is the sloppy filmmaking. For example: it would seem that the zombie extras were never told whether they are fast or slow zombies, for speed changes scene to scene or even within the same scene. Likewise, though the streets are empty of life, whenever there's an overhead shot of the city or park, we learn that zombies can drive cars and trucks and some even seem to like jogging. And how the fuck did the concept of zombies climbing up the side of the Golden Gate Bridge ever get green-lighted? Or the opening scene in which the idiot driving the car down a deserted Lombard Street doesn't have enough common sense to slow down? And where do all zombies go half the time? And how the hell did the zombies get from the shores of Alcatraz into Alcatraz so quickly? Did no one close any doors behind themselves? It's these and dozens of other sloppy oversights that help make sure that this piece of product never really rises above the level of sub-standard. 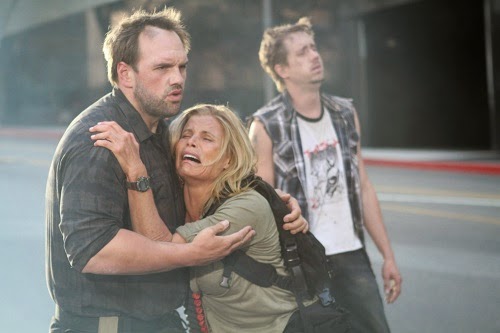 As previously mentioned, the flick was originally released as a TV movie, and indeed Rise of the Zombies has a very TV feel to its narrative — though it feels less like a cheap TV movie than a mega-cheap TV pilot. First the introduction of the possible fodder, then the catalyst that separates the group so as to develop multiple storylines — four, excluding the pregnant woman who survives Lombard Street at the start of the movie — and then the events that befall the various groups. But whereas real TV series like The Walking Dead take weeks if seasons to resolve the various threads and introduce new ones, in Rise of the Zombies it's all sped up so that almost everything gets resolved by the final scene (leaving only one group alive for the possible sequel). Few of the characters remain around long enough to truly make an impression, and philosophical or interpersonal questions are dealt with at double speed — the latter an advantage, as all the questions about faith versus science and life versus death and love and friendship really don't ring true in the movie. 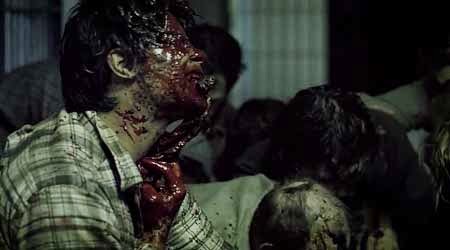 Whatever. As is the case with all Asylum movies, it is sort of beside the point to talk about the flaws because the whole movie is more or less made of flaws. Still, Rise of the Zombies is one of the company's better films, as such it does have an idiotic, mindless appeal, sort of like a train wreck of a model train filled with hamsters that actually turns out bloody. Don't search it out, but if there ain't nothing else around, Rise of the Zombies is possibly more fun than suicide. 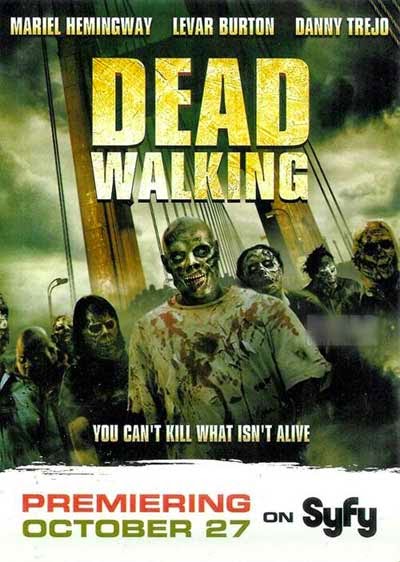