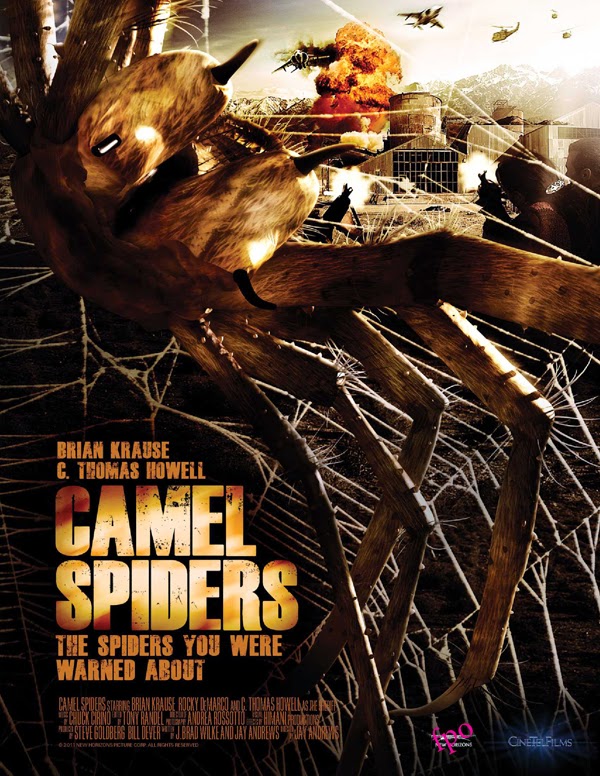 In all truth, to write a long review of Camel Spiders would be giving the movie more attention than it deserves, even if we did sort of have a good time watching it. Originally a TV flick, Camel Spiders does lack that one special effect that makes most Jim Wynorski flicks particularly fun to watch — big and plentiful if usually plastic breasts — but for that it still zips along fast enough, features a lot of cheap-looking and laughable CGI, and displays enough flaws in both the script and the cinematography to keep the viewer guffawing as they scarf down their chips and beer.

Yes, we enjoyed it — as we have most Wynorski flicks, with the possible exception of Vampirella (1996), which we violently hate — but we would never say that Camel Spiders is anything close to a good movie. Camel Spiders, another project from RCU — Roger Corman University, a film school Wynorski has chosen never to leave — is merely yet a further Roger Corman produced  super-cheap and cheesy C-film, one of many in a lineage of bargain-basement monster animal films that goes way back to equally inane if now ancient flicks like Monster from the Ocean Floor (1954 / trailer), Attack of the Crab Monsters (1957 / trailer), Attack of the Giant Leeches (1959) and many, many, many more. And like those films, in many a decade from now Camel Spiders will probably enjoy its own nostalgia-tinged fans who get a kick out of cut-price blasts from the past. 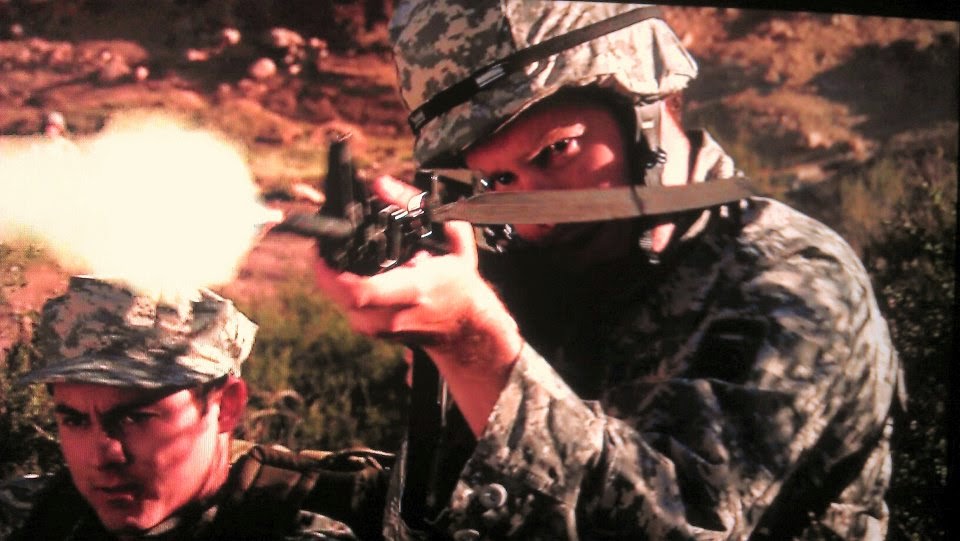 The Facts behind Real Camel Spiders:
Needless to say, the biological and zoological veracity of the movie is null — but who really gives a fuck? Like Eight-Legged Freaks (2002 / trailer), what we have here a simple big killer spiders movie, just made with a lot less money and even less-known names than the older and admittedly better-made flick. (Rest assured, Scarlett Johansson was not a name when she made Eight-Legged Freaks.) And Camel Spiders is indeed full of hungry, killer spiders — spiders that seem to reproduce in milliseconds, for no sooner do the first three baby spiders escape than is the entire region infested with hundreds if not thousands of aggressive killer camel spiders. 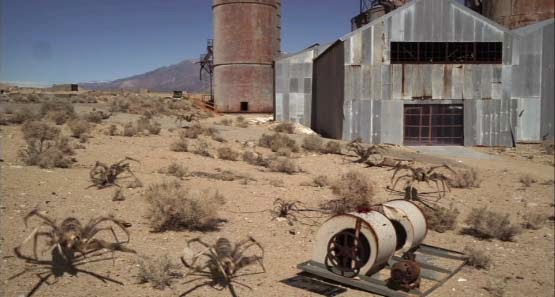 In regard to the movie's narrative, Camel Spiders is pretty all-over. It starts in Iraq with a military shootout, which sets the scene for how the spiders (and the movie's lead male hero, Capt. Sturges [Brian Krause of Sleepwalkers (1992), Growth (2010 / trailer) and Coffin Baby (2013 / trailer)]) get over here: Sturges, injured, gets sent home with the dead body of a fallen comrade housing a few baby spiders. An accident on the roads of Arizona (so-stated as the location, despite the fact that all cars have California license plates) frees the spiders and, as already mentioned, in seconds they multiply and grow and spread and before you can say "premature ejaculation", Sturges, military babe Sgt. Shelly Underwood (Melissa Brasselle, whose whole limited career is based on Wynorski flicks), and a group of desperate survivors — including C. Thomas Howell, the best actor of the movie, playing Sheriff Beaumont and looking like a refugee from the Village People — are holed up in a warehouse in the middle of the desert, surrounded by hundreds of hungry spiders. Not as many of the desperate group die as should, to tell the truth, so to up the body count a few extraneous characters — mostly teenagers — show up here and there, say a line of dialogue or two, do something stupid, and then die in bloody CGI attacks. 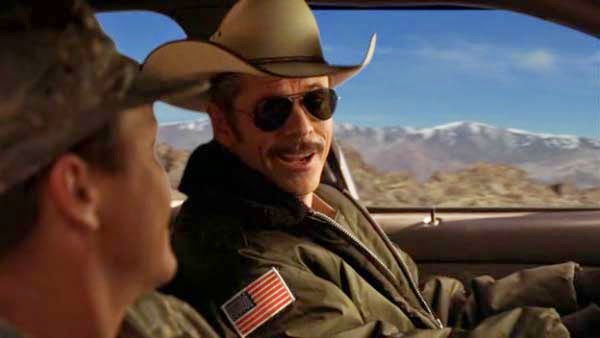 Village People - Macho Man (version longue) von scorpiomusic
Camel Spiders is a truly and notably disjointed, possibly even stitched-together movie. For aside from the plotline above, which is the focal one, there is a secondary narrative in the movie, one involving a group of students on a field trip that have to face off with the spiders — and never the twain do meet. In fact, the student narrative simply ends with the two females locked inside a closed car that won't start. What is all the more odd is that while Sturges and his group face off the camel spiders in the desert, the students have their confrontation in a far more green and leafy environment — Franklin, Indiana, according to the closing credits. (How quickly those spiders spread!) This, combined with the final closing scenes in a drive-in that could well be recycled from another movie, accentuates the overall cheap and cheesy feel of the probable cobble job that is Camel Spiders. 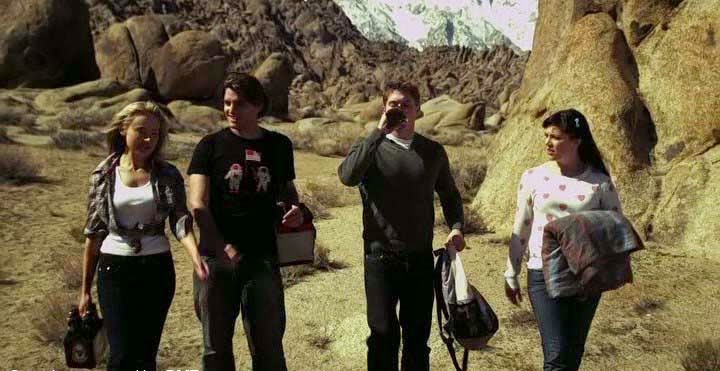 So there you have it, too many words spent on a mildly enjoyably bad movie that is anything and everything but imperative viewing, but can be enjoyed if you have the right frame of mind. But, really, both Wynorski and Corman have been involved with way better movies than this tax write-off here. You're probably better off watching one of those movies instead.... or waiting a half century before you catch this one. 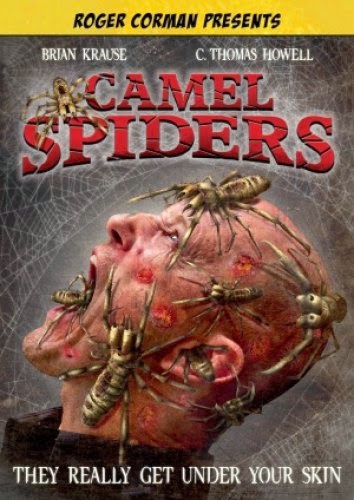