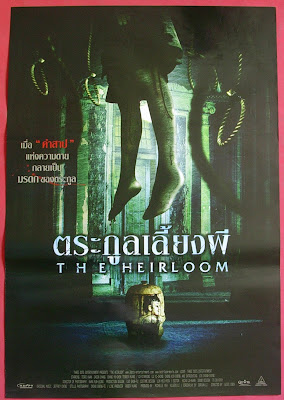 (Spoilers.) A movie that annoys us enough to make us want to become a pedantic asshole and even argue that it starts going wrong with its title, which arguably should be The Inheritance, but we'll skip that since it is also arguable that the title refers not to the inherited house (perhaps "a valued possession passed down in a family through succeeding generations" but hardly "an article of personal property included in an inherited estate" [American Heritage Dictionary]) but rather to the fetus in the ceramic jar that pops up two-thirds of the way through this highly gothic and visually beautiful movie. Let it be said, however, that going by what transpires on screen  director Leste Chen has a much stronger comprehension of beautiful visuals than he does of either a tight narrative or an effective horror story: The Heirloom is an oft confusing and slightly epileptically told — "epileptically" being a nice word for sloppily — gothic tale of horror that mistakes aesthetics and style for coherence and narrative. 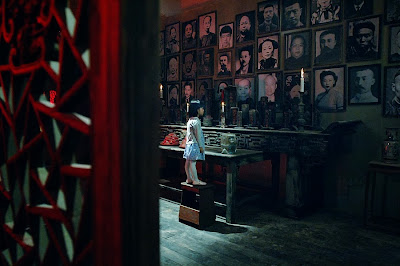 The result is eye candy that, while admittedly gorgeous, soon annoys, particularly because it so outweighs the coherency and story... often, the director seems to be aiming to out-artify the best of the visual overkill found in vintage Jess Franco or Jean Rollins, but without the exploitive aspects. No cheap and sleazy shock moments, no naked titties or decadent soft-core sex scenes, no cheap-looking blood and guts — just a ton of slow-moving camera movements, beautiful color compositions, extremely deliberate pacing, good looking but bad actors, and out-of-focus photography set to a washing soundtrack that sounds as if it has been cribbed from a TV love story. In other words, all foreplay and no payoff — until the final kick-in-the-gut which is hardly as depressing and saddening as it should be because by the time it happens the viewer simply doesn't give a flying fuck anymore. 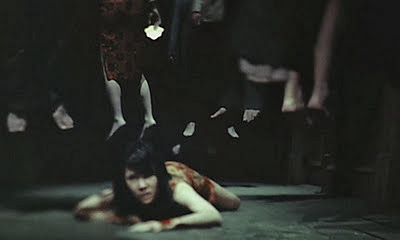 In the end, more than anything else — and despite such occasionally horrific shots like that of a bloodied young woman crawling across the floor in a room full of 25 hanged bodies (which, of course, don't drip piss or shit, as they would in real life) — The Heirloom comes across less as a horror film or even an arty horror film than as a persiflage or caricature of an arty horror film. Worst of all, it lacks a couple of truly necessary ingredients indispensable to an effective horror films: dread, chills and scares. Not good. 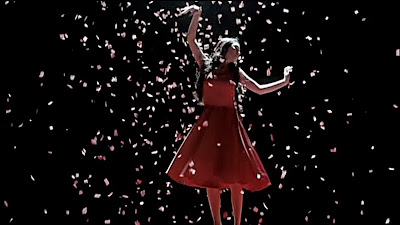 The basic plot concerns a guy named James (Jason Chang of Formula 17 [2004 / trailer]) who returns to Taiwan from twenty years abroad to inherit a huge Art Deco house that, on the exterior, looks more like a factory or apartment building than anything else, but seeing that it once housed up to 15 people, the size is acceptable. What is less acceptable is that despite being gone for twenty years, James not only has friends of the same age in town but even a beautiful dancer girlfriend Yo (Terri Kwan of Good Will Evil [2008 / first 8.5 minutes]) who, after he confronts her with the conflict of her plans to leave town over drinks in the company of their shared friends (as is done in any good relationship), decides overnight to toss her plans to study abroad to move in with him in his spooky, dilapidated inheritance. 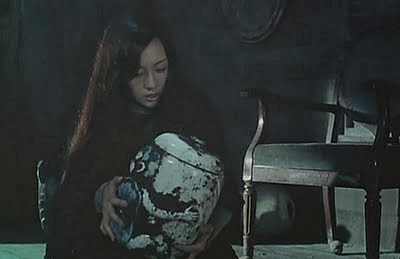 Uh-oh! Scary: suddenly, not only do their friends Ah-Tseng (Tender Huang of Judgment Day [2013 / trailer]) and Asian Babe #2 Yi-Chen (Terri Kwan) start appearing in the house with no memory of how they got there, but Ah-Tseng is even found dead in his bathroom, hung by an invisible rope. The investigating policeman pooh-poohs any notions of the supernatural, but then he too suddenly starts showing up in the house without knowing how he got there... 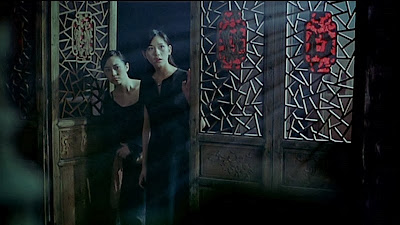 Ah, yes, yet another the typical Asian ghost that can conduct its indiscriminate nefarious actions across kilometers, even teleporting people to do so. Why neither Yo nor James suffer initially is clear at the end of the movie, once the sucker punch is delivered, but why Ah-Tseng suffers the ghostly wrath is less clear — all he ever really seems to do is smoke, drink wine and act petulant. And why does the cop get killed, but not the estate agent (or is he an inheritance lawyer?) that shows James the house in the first scenes? Or any of the movers that move James into the house? Of course, that could simply be written off to the illogical whimsies of the unnatural, but we tend to see the death of the cop as an easy way for the scriptwriter (Dorian Li) to totally drop the whole aspect of the police investigation into Ah-Tseng's death as well as that of the cameras the cops installed all over James' house, as indeed, neither aspect is ever mentioned again once the policeman teleports without his arms and bleeds to death. 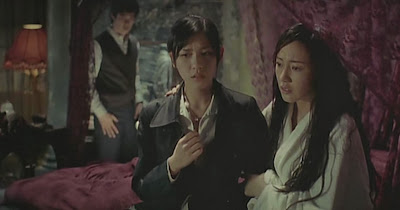 Of lesser annoyance but reflective of the carelessness of the script is the fact that though the movie initially speaks of ghostly fetuses (a number underscored by the number of urns in the attic), the film not only eventually focuses on only one (buried beneath the attic floorboards) but also tends to flip-flop between this evil baby ghost and the ghost of James' mother as the source of all unnatural events. While it is perhaps believable that the fetus just wants food and doesn't care who suffers along the way, it seems illogical that James' mum — who once showed mercy for her twin sister and allowed her to survive the mass extermination of the family — would turn around and doom her child, who perhaps carries the least guilt of the entire family.... That is, at least, until the sucker-punch final when he reveals a whole new side of himself. 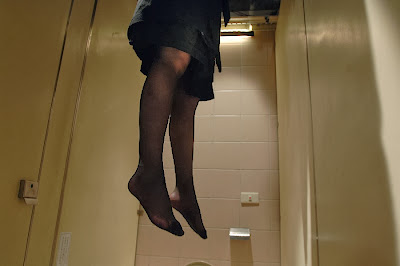 Let it be said, the house truly suffers some bad feng shui, as Yi-Chen — she bites the dust eventually, too, far away from the house — says somewhere along the line, but then, what is to be expected from a place once inhabited by a family of 15-plus that nurtured the ghosts of dead fetuses for personal gain, going so far as to even feed them the blood of their own crippled and unhealthy offspring? 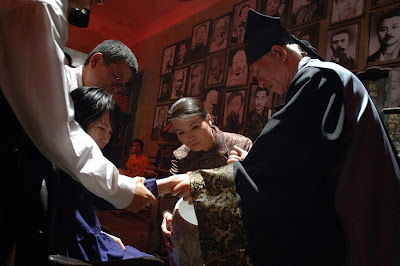 Our one line verdict of The Heirloom: for all its aesthetic beauty, is also a pretty bad movie.
Posted by Abraham at 9:35:00 AM