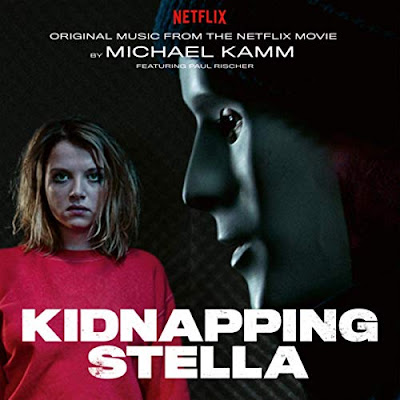 Kidnapping Stella — a German remake of the British flick The Disappearance of Alice Creed (2009 / trailer), a movie that few people saw and was already remade in The Netherlands in 2014 as Bloedlink / Reckless (trailer) — is pretty much a movie that no one needs to see. (Really, how often does a movie need to be remade within one single decade?) For much of its running time, at least for those who are unfamiliar with the other two versions, the narrative's development leads one to expect a new, three-person version of The Grissom Gang (1971 / trailer) and/or No Orchids for Miss Blandish (1948 / trailer), but the film has an unexpected twist that takes it into a different direction but doesn't really make it any more interesting.
Set a gray and depressingly urban Berlin that seems neither populated nor short on housing (fact: Berlin, population roughly 3.6 million, has a definite shortage of housing — hell, even hipsters are moving outside the inner-ring by now), the movie starts off like a documentary on how kidnapping someone is a truly expensive act, as the prep work shown would probably break the budget of the average deplorable or hipster or minimum-wage earner, stolen van or not. 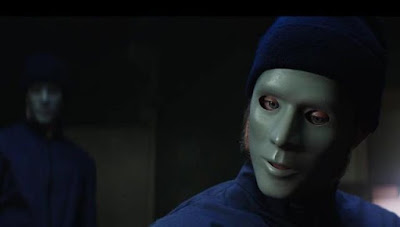 Clemens Schick is rather effective as the hardboiled kidnapper Vic, and both he and his character should be in a better movie. Max von der Groeben, however, as the movie's nominal identifiable figure (Not!) Tom, is a dislikable, whiny and stupid wet rag, and all the more so once the movie's twist is revealed. Stella (Jella Haase) is an enigma, but is also given relatively little to work with; nevertheless, the actress can almost emote well enough to almost be as believable as Schick's Vic — not enough, however, to save the movie in any way. 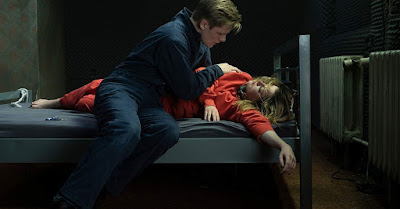 Kidnapping Stella is slow and predictable up until its mid-film twist, but once the movie's "Surprise! Surprise! Surprise!" is revealed, predictability returns even as the action increases. The Hemingwayesque ending does little to save Kidnapping Stella from conveying the feeling that at worst it is totally unnecessary or, at best, a film school grad project. May the grads move on to bigger and better things...
Posted by Abraham at 6:42:00 PM