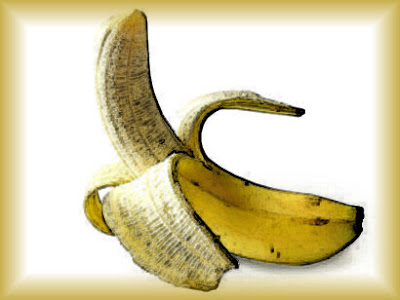 While putting together the blog entry Babes of Yesteryear: Uschi Digard, Part VII: 1973-74, we stumbled upon the name David Grant, aka Terry Gould. It was under that latter name that he directed a "documentary" that Uschi did not appear in, entitled Sex, Love and Marriage (1972, poster below). A name unknown outside of Great Britain, where he has possibly also been more or less forgotten, Grant seems to have been what one would call a personality.* 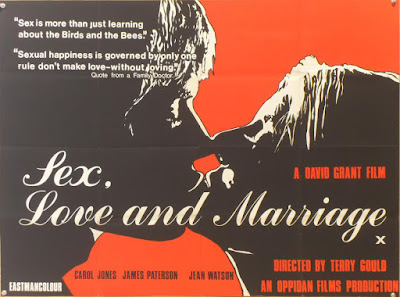 After discovering his fun, 1972 "X-rated" short Snow White and the Seven Perverts (go to Part VII to see it),** we decided to look for another of the numerous "pornographic" animated shorts he distributed around that time, a short with the inviting title Woman's Best Friend. A Bob Godfrey*** (27 Jan 1921 – 21 Feb 2013) production, the wordless, roughly 5-minute-long short was directed and animated and we assume "written" by "Mane", otherwise known as the Italian animator Bernardino "Dino" Manetta (20 Apr 1947 – 5 Nov 2018).
The narrative of Woman's Best Friend is less written than strung together, as it tells no real tale and instead simply presents a continual series of visual jokes all centered around the penis, which, probably, is far more the man's best friend than it is the woman's — men do, in any event, obsess about dick a lot more than woman do. The extremely simplified drawing style is very much that of Manetta, while the extremely puerile humor is, in our opinion, typical of youths (and many men) and somewhat dated. For all the erections shown, it is far less pornographic than it is childish. And there-in lies the short's appeal: for all its obsession with sex and man's third leg, it is ever so oddly naïve and innocent. Amazingly enough, when the short was made, it was refused classification by the British censor and therefore effectively banned.
Short Film —
Woman's Best Friend (1975):

And just to keep up with the penis theme of this month's Short Film of the Month, here's a fact you may not have known: Gay men have bigger wieners than straight men [NCBI]. And sorry, straight guys, size matters.

* Per Wikipedia (accessed 29.11.19): "David Hamilton Grant (born Willis Andrew Holt; 1939–1991) was an English porn producer, and suspected child pornographer during the late 1960s and 1970s. […] David Grant's first film was Love Variations (1969), a sex education film that was based on a 'marriage manual' Grant had photographed/published a year earlier. Grant's sex film empire grew in the 1970s, he opened up a number of adult cinemas […] distributed foreign sex films […], and produced his […] British sex comedies (Girls Come First [1975 / NSFW], The Office Party [1976], Under the Bed [1977]). […] Described in a 1978 profile in Punch magazine as 'a chubby, boyish forty-year-old, with a youthful, uncorrupted face enfolded in two glossy skull-caps of hair and beard', Grant liked to refer to himself as the 'King of Sexploitation', Grant enjoyed giving himself Hitchcock cameos in his own films. […] In the early eighties, Grant turned to video, forming the World of Video 2000 label with fellow 1970s sex film mogul Malcolm Fancey. […] In 1983 Grant noted that Steven Spielberg's film E.T. the Extra Terrestrial (1982 / trailer) had yet to be released on home video in the UK, and responded by releasing an old sixties 'B' movie called Night Fright (1968 / PD film) on video under the title E.T.N — The Extra Terrestrial Nastie, with video artwork that parodied the E.T poster. […] On 3 February 1984, Grant was imprisoned for distributing 'video nasty' Nightmares in a Damaged Brain (1981 / trailer) on video. Grant was sentenced to 6 months in prison […]. […] A resident of Turkish Cyprus for most of the 1980s, he left the island under a dark cloud in 1988, following a street brawl with a love rival. The Sun newspaper reported Grant 'battered Briton Clive Godden, his girlfriend's husband, on the head with a spade, causing serious injuries'. Both The Sun and the Slough Observer also alleged that Grant had been a drug dealer, and had also 'corrupted thousands of children' during his time in Northern Cyprus, but in The Sun piece Neil Syson reported that the Cyprus police had no solid proof to support these allegations. He died in 1991, believed to have been victim of a contract killing."
** Per Letterboxd: "Animation, Short, Comedy Granted an 'X' Certificate (adults only) by the British Board of Film Censors. The animators and writers initially chose to remain anonymous. However, veteran British cell animator and rostrum cameraman Marcus Parker-Rhodes (Picnic on Imbrium Beach [1983]) has come forward to claim that this cartoon is 'mostly my work.' He also credits Stan Hayward as the writer." One should perhaps keep in mind that in GB, Hammer horror films were also often given an X rating, so the X hardly carries the weight that a US X-rating does.
*** Here, as an extra, is another root-obsessed semi-length animated film for your visual pleasure, Bob Godfrey's Wicked Willie (1990):
Posted by Abraham at 4:10:00 PM