I Am the Pretty Thing that Lives in the House (USA/Canada, 2016) 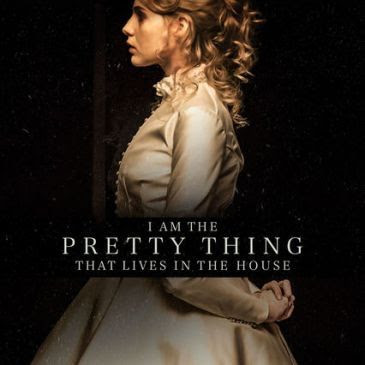 If French-language horror movie, The Most Assassinated Woman in the World (2018) is a prime example of deliberately paced aesthetic horror, then this literary-minded flick directed by Oz Perkins is a prime example of a lethargically paced tease.
The director/scriptwriter's intention seems to have been to make horror movie that feels somewhat similar to reading a foreshadowing-heavy horror novel, the plot of which moves through diverse  temporal settings (18th century, the 50s/early 60s, and present day) and revolves around a live-in nurse with nerves of jello (Ruth Wilson of The Little Stranger [2018 / trailer]) who moves into the house of an invalid horror author (Paula Prentiss, below [not from the film, but from Mocho's Blog], of the original Stepford Wives [1975 / trailer]) and slowly comes to realize that there is more truth to the author's most contentious horror novel than anyone ever knew. 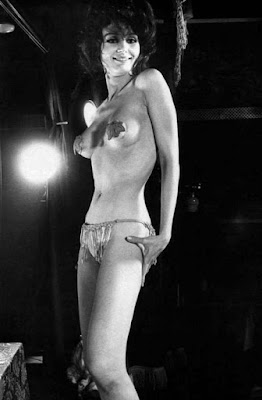 Though the movie is well shot, the excessive use of voice over and the literary device of foreshadowing in I Am the Pretty Thing that Lives in the House ends up feeling like the excessive use of foreplay by someone who just doesn't know when or how to get to the point. Not good when the only thought one has is, "Get it over with, god-damn it." The film finally crawls to its "big" scene (Oh. How scary.*) and then peters onward and out for an additional five minutes, leaving the viewer totally dissatisfied and wondering why they bothered. Don't.


* Said with the same intonation as Brit snots when they say, "How interesting."
Posted by Abraham at 12:12:00 PM