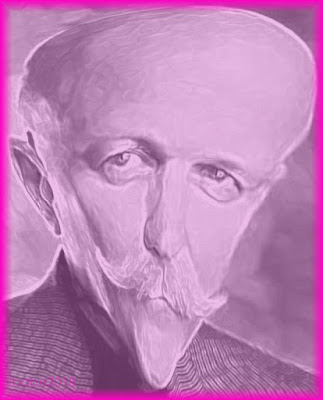 Let's take a moment to honor the man pictured directly above, the American animator and filmmaker William Gale Vinton (born 17 Nov 1947), who took that final boat trip with Charon almost two months ago on 4 Oct 2018. 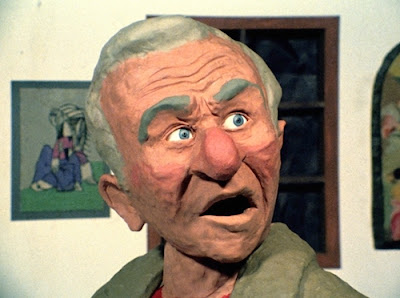 From Vinton's humble beginnings as a student at the University of California, Berkeley, in the early sixties, he went on to founding Vinton Studios, which eventually became "a $28-million-a-year enterprise". Unluckily, he lost the firm in 2002 to some bad luck, bad choices, bad investments, and the wrong CEO. (Go here for the full story.) Vinton Studios is now called Laika, and is behind two of our favorite feature movies, Henry Selick's Coraline [2009] and Chris Butler's ParaNorman [2012 / trailer].)
An extra — Vinton Studios also worked on
Michael "I Like Children" Jackson's
music video to Speed Demon,
"the tenth, and last, single to be released from Bad":
Closed Monday is the movie that started Vinton's career, you might say. True, he made early shorts and stuff — e.g., the documentary Gone for a Better Deal or his first animation short, Culture Shock, the release dates of which we could not locate — but Closed Monday is the earliest directorial and/or producer credit listed at the imdb and basically got the ball rolling. Vinton made the short together with the artist Bob Gardner (19 March 1951 – 21 April 2005, poster example below), with whom he toiled together for roughly 14 months. Closed Monday went on to win the Academy Award for Best Animated Short Film, beating out such illustrious company as Peter Foldes' short Hunger, our March 2014 Short Film of the Month. (Foldes, by the way, was also behind our September 2015 Short Film of the Month, the disturbing anti-nuke classic, A Short Vision.) 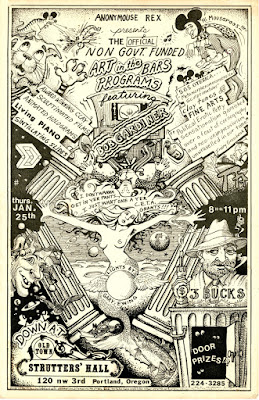 Try as we might, we couldn't locate the original, uncensored version of Closed Monday — somewhere along the way, the words "USUAL CRAP" were deemed unsuitable for the masses and blacked-off of the gallery sign seen at the beginning of the short. Likewise, the main character also never gets around to saying "Hell," as he did once long ago. (To quote Joseph Conrad, "The horror! The horror!")
The narrative is short and simple: a drunken old man wanders into a closed exhibition, where he does not see pink elephants but, instead, is confronted by artwork that seemingly comes alive. Most people see this little short as a humorous example of claymation, but truth be told Closed Monday is very much a horror short, the main character of which does not survive. (The short's duality — humor with an edge of discomfort — is also found in Vinton's later feature-length claymation movie, the rarely screened "children's" movie The Adventures of Mark Twain [1985 / trailer].)
Enjoy.
Will Vinton & Bob Gardner's
Closed Mondays (1974):
Posted by Abraham at 8:57:00 AM