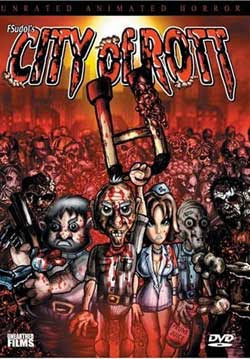 If one is to believe the imdb, this relatively plotless animated zombie gore flick was made on an estimated budget of $5,550, to which we can only conjecture that the cash was split between the computer program used for the animation and a lot of coffee, 'cause it sure doesn't look like it was spent on much else. And, indeed, a look at the cast and credits of City of Rott reveals some dude named Frank Sudol as the writer and director and producer and editor and composer and all voices — truly a one-man effort. As such, for the first time in our life we finally understood what all those dumb-ass teachers meant when they would say "Well, I'll give you an A for effort, but...." 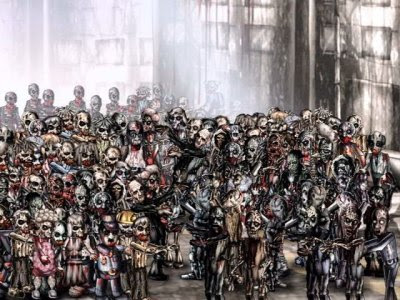 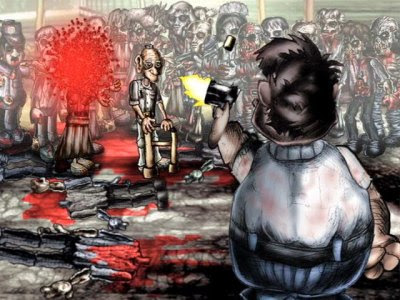 In the filmic world of Sudol's City of Rott, mankind has fallen victim to worms from outer space that invade our bodies and change us into unthinking undead with an unquenchable appetite for innards and flesh. But as is made obvious by the posters and banners and billboards and other advertisements seen in the background throughout the movie, City of Rott is, somewhere at its core, a criticism of conformism and the one-of-the-herd mentality of modern man in contemporary society wrapped in a slim storyline about and anchored by the elderly man Fred Figiero and his walker. Fred, one of the few remaining living people in the city of Rott, is in search of a new pair of loafers, and as he wanders through the city in search of new shoes he crosses paths with a limited amount of other survivors — none who survive all that long — and hordes of hungry zombies, most of which he bloodily obliterates with his talkative walker. 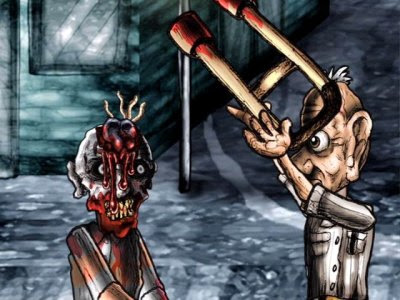 Fred is very much a nutcase, and he holds lively discussions and arguments at various times with his walker, one of his shoes, and himself, but for the most part he is also an effective zombie killer lost in a world with no future: it is basically simply a matter of time before he, like everyone else, either falls victim to the zombies or the worms — and conforms. (Sudol takes his criticism of mankind's lack of individuality a step further by adding the aspect that in the end, even the individual is part of the masses: Fred's craziness — or his individuality — is caused by a second kind of parasitic alien worm, one that simply makes you crazy, so in the end he is basically one of the masses as well. It would seem the Sudol views true individuality as impossible — a point of view we wouldn't argue against.) 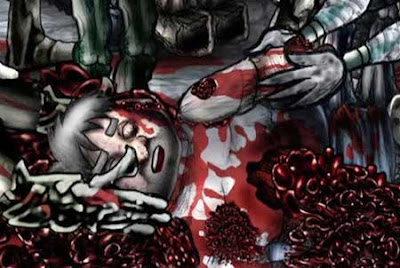 But the "intellectual" theme aside, City of Rott is a flawed movie. It's animation style, though a far cry from the cut-paper simplicity of, say, South Park — a series (1997-present) and film (1999 / trailer) that City of Rott easily calls to mind — is executed with far less aplomb or skill than even the earliest episodes of that never-ending series. Sudol's primitivist style is indeed obviously intentionally "artless", and is also perhaps the best thing about the movie, but nevertheless the animation technique often slides too far into simply being badly executed: figures flicker or walk backwards, the backgrounds sometimes go out of focus for a few seconds, occasional objects float out of place across the screen (the latter might be intentional, on occasion). A little more polish wouldn't have hurt. 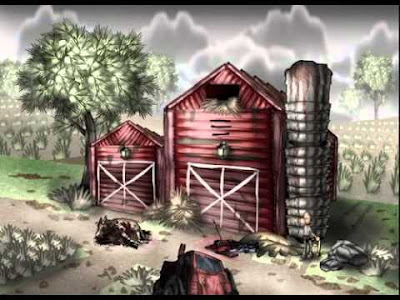 Likewise, the movie is simply too long for its slim story. Sudol pads the movie with excessive and not particularly funny dialogue and never-ending scenes of carnage, and both eventually become predictable and boring. Particularly the long scenes of Fred killing zombies become yawners, despite all the animated gore: more than once the viewer feels like a fifth wheel on a car, like a person watching over the shoulder of a gamer playing a one-person game in which the gamer has the fun of destroying thousands of zombies while the viewer has nothing to do but watch and twiddle their thumbs. Boring! 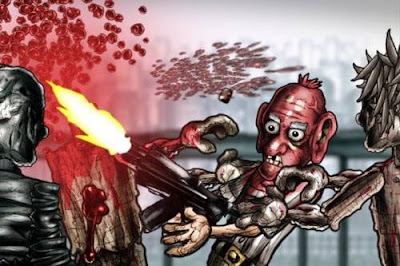 Lastly, the other characters and overall narrative of City of Rott are pretty much all over the place and never really connect. In regards to the secondary and tertiary human survivors, the result is that with the possible exception of the underused sexy nurse, none truly seem integrated into the story and most come across as added padding — as does the entire final act of the movie after Fred wanders out to a farm. City of Rott would have been better-served with either a better scriptwriter or as a short film.
Oh, yeah: while the music doesn't exactly suck donkey dick, it does now and then at least lick baby donkey dick. 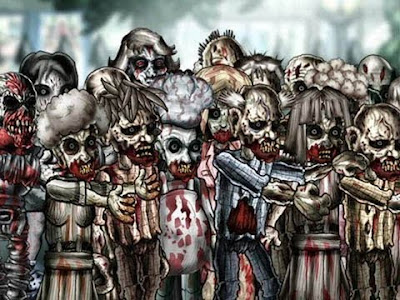 So, final verdict: were it not the only animated feature-length zombie we know of, we would simply dismiss it as hardly imperative viewing. As it is, City of Rott is probably of above normal interest for zombie-film completionists — and thus, in the end, as flawed as it is, we give it an A for effort.... 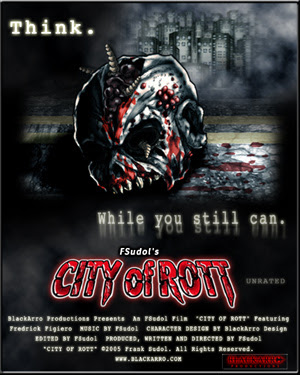