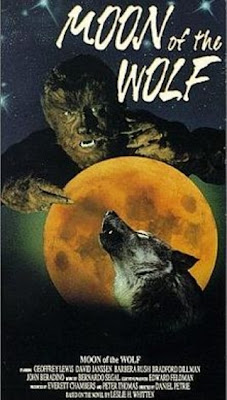 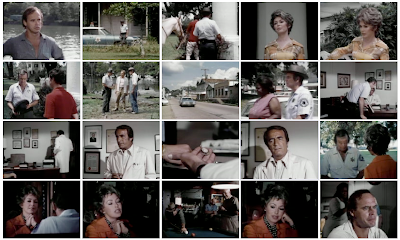 A TV horror film directed by Daniel Petrie that originally aired on September 26, 1972 on ABC, Moon of the Wolf is oddly likeable despite itself; just the right type of video fodder for a boring evening with your six-year old. No blood and not much logic, but it has aged well enough not to be too painful to watch – in fact, its ageing is what makes its numerous flaws so easy to overlook. Things were different back then in the ever-so-innocent 70s...
Moon of the Wolf is an entertaining werewolf tail based on Leslie H. Whitten's book of the same title which, if nothing else, at least sets the much-used creature in a new setting. Set on "Marsh Island" in Louisiana, the low-key story moves along with just the leisurely pace one expects to find down there in Cajun Country.

The film is populated with a variety of familiar faces in roles of varying importance, including that of the ever-popular cult actor Royal Dano as Tom Sr., the older of the two related backwood Toms that discover the body of Eli, who was a young and pregnant backwater nubile until something ripped her bloodlessly to death. Television star David Janssen (of Cult of the Cobra [1955 / trailer], Francis In The Haunted House [1956 / trailer] and Covert Action [1978 / title track]) headlines effectively as Sheriff Aaron Whitaker, his ever-so-familiar face and laid-back acting style lending the sheriff just the right amount of familiarity a small-town cop should have. In a town in which everyone knows each other, most since they were children, he is faced with the disagreeable task of finding the killer. 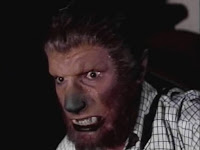 Is it his friend the Doctor (John Chandler of Double Revenge [1988 / trailer] and Scorchy [1976 / trailer]), who knocked Eli up in the first place? Or maybe Eli's brother Lawrence (Geoffrey Lewis of Night of the Comet [1984]), who has both a nasty temper and a nasty left swing? Or could it be one or both of the two Toms that found her? And what about Andrew Rodanthe (Bradford Dillman of the original version of Piranha [1972]), the richest man in town and brother of the unnecessary Love Interest, played by a thunder-thighed Barbara Rush (of It Came from Outer Space [1953 / trailer] and When Worlds Collide [1951 / trailer])? In all truth these questions are a bit rhetorical, for one never really has to ask them – in terms of "whodunit," the film fails miserably. 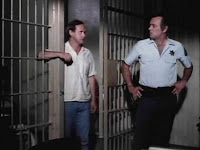 The deputy and the now-jailed Lawrence are the next ones to get violentlessly wasted, and since the murderer is able to effortlessly rip out the steel door of the jail cell, everyone now knows they ain't dealing with the typical next-door neighbor gone postal. The werewolf is quickly revealed thereafter (at least to the viewers – down South they need a little more time to figure such things out), and as soon as Andrew makes his next transformation, he – logically enough, seeing that he's impervious to everything but silver bullets and is strong enough rip steel jail doors off their hinges – bonks the Doc over the head, scares the local nurse silly and then runs away from two puny-looking hospital wards and the ashtray-swinging Doc.

The big showdown is at the Rodanthe family mansion, where the sheriff, oblivious to a burning barn, wolf howls and a woman's screams, goes running off into the darkness chasing horses while his New Found Love, caught in a strange time warp which causes the outside to change from day to night to day every other second, locks herself behind ineffectual shutters and latched doors, through which the big, bad hilariously made-up werewolf bursts....

Okay, so Moon of the Wolf isn't a masterpiece, but what should one expect from a television movie directed by Daniel Petrie, the man who eventually regurgitated Cocoon, The Return (1988 / trailer) and the 1994 remake of Lassie (trailer). That Moon of the Wolf still manages to please despite its numerous faults is merely proof that such critically acclaimed films as A Raisin In The Sun (1961 / trailer) and Fort Apache, The Bronx (1981 / trailer) – not to mention such wonderful trash as The Idol (1966) – were perhaps not just flukes of Daniel Petrie's 40-year directorial career.
In any event, as a freebie found all over the web Moon of the Wolf offers a nice mix of enjoyable horror lite and a touch of Southern Gothic that can't be beat. 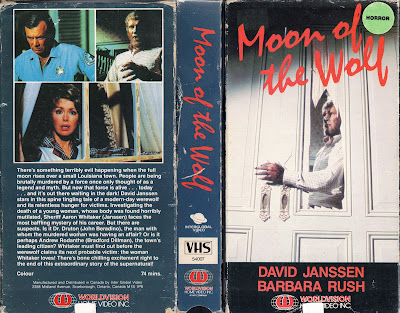