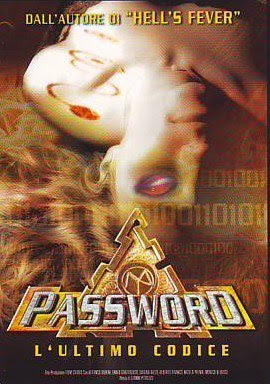 Way back in 2015, among the movies we here at A Wasted Life screened that made our list "Ten Best of 2015" is an disasterpiece entitled Frozen Scream (1975), a cinematic experience "almost Dali-esque in its surreal lack of skill" and "so bad, so incompetent, so unbelievably what-the-fuck that it makes most Ed Wood films look professional in comparison. One is tempted to simply write it off as 'what-were-they-thinking, oh-they-needed-a-tax-deduction' trash, but, in truth, although an unbelievably inept film, Frozen Scream displays an earnestness shared by all those involved that, regardless of the respective lack of talent, makes the viewer realize that the people involved in the project were probably truly serious about it." 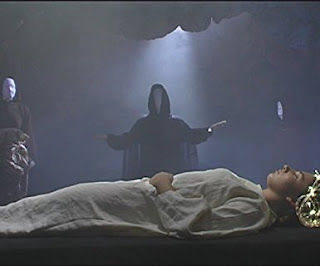 All of the above could almost well be said of Password, an Italian no-budget "thriller" that manages to make Frozen Scream seem almost Kubrickian, if not big-budget, in comparison. Password is truly an unbelievable, incompetently made piece of cinematic shit that truly deserves its obscurity – were it not for its total WTF ending that invigorates the by then almost comatosely bored viewer to uncontrollable, rolling-on-the-floor laughter. But, regrettably, as left field and wonderfully out there as the ending is, the rest of the movie never achieves any lasting level of the Dali-esque and, instead, wallows deeply within its cesspool of poorly constructed, filmed, acted, told, directed, edited, made crime-thriller clichés. 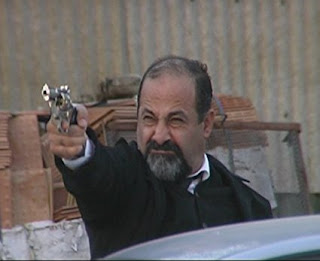 It is doubtful that this flick has ever been released in an English-speaking nation. (Indeed, one wonders: How did it come to be released anywhere, even if only on DVD?) The only language options on the 20o6 German DVD Password - Das Rätsel as well as on the 2008 DVD re-release as Das Geheimnis ["The Secret"] are Italian and German. This could logically explain why the only English-language site that has yet bothered to write about this piece of filmic excrement is (Re)search My Trash: Mike Haberfelner, aka Michael Haberfelner, who runs the site, is German-speaking. (An assumption made not because of his name, but because his book, Bauliche Angelegenheiten, is available only in German.) In any event, Password is so incompetently written and plotted, and the dialogue so inane, and everything so poorly directed and acted, that it probably doesn't matter if you understand what's being said or not. 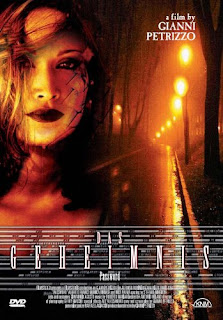 The German dub further supports the thesis that Italian films are always poorly dubbed. Here, as normal, not only do the words seldom match the mouth movements, but the characters often seem to be holding separate conversations and any given statement is often inappropriate to the situation in which it is expressed. A bit worse than normal, however, is the occasional total disappearance of any sound at all (sometime mid-sentence) and the fact that some of the one-to-three-scene characters were obviously dubbed by the same person, who attempts vocal differentiation by using almost cartoonish voices. At one point, in a scene which looks to be a cult ritual, the voices are electronically altered to such excess as to be almost incomprehensible. (Funnily enough, at our screening it was the two Americans that ended up clarifying to the three German what was actually being said during this scene: resident foreigners can often understand mutilated mother tongues better than native speakers because the former are relatively used to hearing the language being slaughtered by other foreigners.) 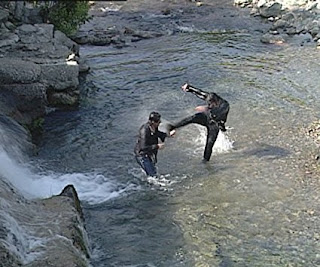 The detailed plot description given at (Re)search My Trash is fully on the mark, unlike the DVD's back cover description, which almost seems for a different movie (the cop coming out of retirement for one lest case in the film we saw, for example, becomes in the DVD description a private detective hired by a mother of one of the missing girls). In all likelihood, certain aspects of the "real" plot of the Italian original version simply got lost in the translation of the dubbed text. 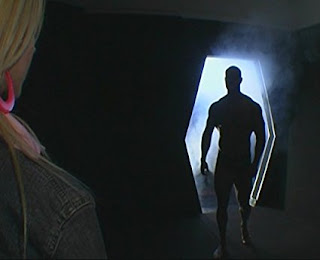 Viewed alone, as in "by yourself", Password is surely not very entertaining, for it never displays any cinematic aspects that in any way transcend film-school or no-budget TV level. A film as poorly made as this one, and as populated with unattractive non-actors as this one, and with as many idiotic plot developments as this one – really: you and your girlfriend get kidnapped, you escape, and instead of going to the police you first shower and then look for her yourself? – is not the type of movie you watch alone. It is only enjoyable when viewed as a beer-swilling group, with each individual tossing out comments to the non-stop barrage of inability with which one is confronted. Only a masochist would spend time on a flick like Password alone and/or sober; for that reason, even the fan of bad film is forewarned to only watch Password, if at all, only as a group. And even then, we would say that the tertiary Ed Wood film noir Jailbait (1954 / trailer), not one of our favorite Wood movies, is a much more entertaining "thriller", if only due to the patina that 60-years have bestowed upon it – and, of course, because Steve Reeves takes off his shirt for a scene. Yummy yum yum. 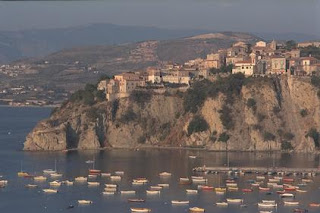 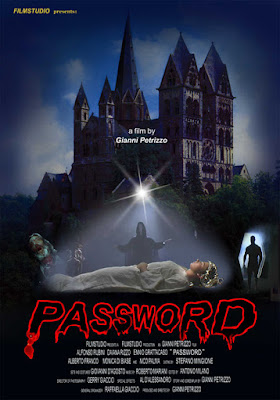