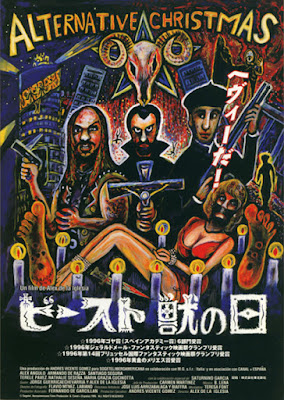 Chirashi Movie Poster from Shock Cinema
OK, you might not know it — particularly if you're from the US — but many countries in the world have their own version of the Oscars. Canada, for example, has the world famous (?) Genie Awards. In Germany, they have the Deutscher Filmpreis (often simply called the Lola Awards, not after the song by the Kinks but because the awards statue is modelled after "Lola", the character Marlene Dietrich plays in The Blue Angel [1930 / German trailer]); the French have the César Award; the English, the British Academy Film Award, or BAFTA; the Italians, the oft-maligned David di Donatello Award; and the Spaniards, the Goya. Of interest to us here is the last — but first, a question: Do you remember who won the Oscar for Best Director in 1995? No? Well: Robert Zemeckis for Forrest Gump (1994) — a film that also had a jillion of other Oscar nominations, and walked away with six.

Over in Spain, on the other hand, they obviously weren't interested in any boxes of chocolates. Being the good Catholics that they are, they had the devil on their mind — and nominated this flick here, the sophomore feature film of director Álex de la Iglesia, for 14 Goyas. It went on to win six, including Best Director. Somehow, we find it hard to believe that any film that includes extended scenes featuring full frontals of a relatively old, ugly, naked, pot-bellied, and uncircumcised man will ever get nominated for any Oscar at all — but, Hey! People tick differently in "Old Europe". Luckily. 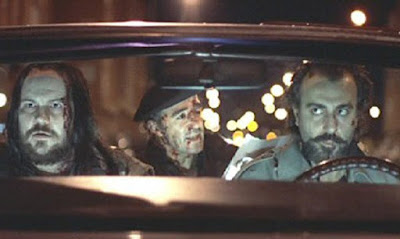 The Spaniard Álex de la Iglesia, unlike the comparably unique Mexican director Guillermo del Toro, is still not really a household name in the English-speaking world, but then, unlike Guillermo, Álex has remained primarily active in his homeland. (And his only two "English-language" films to date, The Oxford Murders [2008 / trailer] and Predita Durango [1996 / trailer], while interesting, are also his among his weakest.) But as one knows, life is not fair — were it so, Álex de la Iglesia and his numerous over-the-top black comedies would enjoy a far greater international fan base than they seemingly do. We've been a fan ever since his first feature film release, the gory sci-fi grotesque Aktion Mutante (1993 / Spanish trailer). The Day of the Beast is likewise a grotesque, if in horror trappings this time around, and while it might not be quite as tasteless or gory as Aktion Mutante, it is much more tightly directed and just as entertainingly in-your-face and enthralling — providing you have a taste for extreme violence, puerile humor, blood, gore, hyperbolic acting, lots of sacrilege, and a total lack of subtlety. 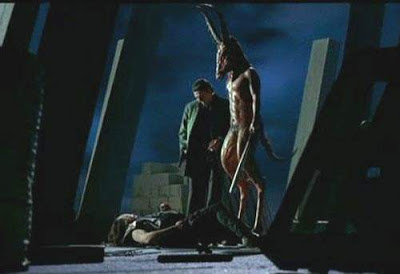 The basic plot revolves around the klutzy, inept priest, Father Angel (Alex Angulo, 12 April 1953 — 20 July 2014, of Bosque de sombras [2006 / Spanish trailer], Pan's Labyrinth [2006 / trailer], Imago mortis [2009 / Spanish trailer] and Pos eso [2014 / Spanish trailer]). A bumbling but dedicated religious scholar, he has broken the code of "The Book of Revelations" and now knows when the anti-Christ will be born — before dawn on December 25 — but not where (other than, it would seem, the city: Madrid). He sees it as his duty to destroy the anti-Christ, and to find out exactly where the demon will be born, he decides to go to Madrid, become evil and sell his soul to the devil, thus entering the inner-circle of those in the know. Along the way, he first finds the assistance of a particularly brain-dead record-store clerk and heavy metal fan Shorty Dee (Santiago Segura of Beyond Re-Animator [2003 / trailer], Killer Barbys [1996 / Spanish trailer], the dud Una de Zombis [2003 / Spanish trailer], La mujer más fea del mundo [1999 / trailer I / trailer II], Airbag [1997 / trailer] and Asesino en serio [2002 / Spanish trailer]) and, after the incompetent but oddly compatible devil hunters kidnap and drop acid with him, the self-satisfied and successful TV psychic Professor Cavan (Armando de Razza) as well. And in their pursuit of the devil and his child, whether as a one-some, two-some or three-some, they leave an outrageous, burning trail of directly or indirectly caused mayhem behind them.

Has nothing to do with El Dia De La Bestia —
The Killer Barbys sing Candy:
For all the frantic activity and action, Álex de la Iglesia manages to keep his film in control. He wastes little and also trims the fat; where he tosses in an aside, its scurrility only serves to underscore the movie's irreverent attitude, and many of the twisted asides — be it Father Angel putting cigarettes out on the souls of his feet or right-wingers setting the homeless on fire — also reveal themselves subsequently as being integral to the plot or character. The three main actors excel in their farcical roles, fully convincing in their three extremes, and are well-supported by a variety of secondary characters, the most-notable being a mother from hell (Terele Pavez, of de la Iglesia's Witching & Bitching [2013 / red band Spanish trailer] and La Comunidad [2000 / Spanish trailer]), who meets a blackly hilarious end, and a big-breasted caricature of a peroxide blonde (Maria Grazia Cucinotta of The Rite [2011 / trailer], Death of the Virgin [2009 / trailer], Tulpa [2012 / trailer], the Oscar-winning women's film The  Postman [1994 / trailer], Transgression [2011 / trailer] and  The Museum of Wonders [2010 / trailer]) who, regrettably, never gets naked. (A sight, unlike the other nudity of the film, which would have been far more pleasurable and far less queasily and uneasily funny — but even an extremist like Álex de la Iglesia, for all his obvious desire to shock, knows the difference between nudity that instigates discomfort and uneasy laughs and nudity that would have been only exploitive — and while he is out to shock, he isn't out to exploit.) 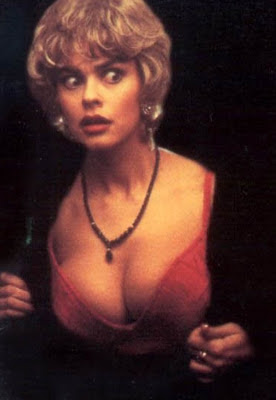 El Dia De La Bestia is a twisted black comedy of both farcical and uncomfortable violence that has a layer of social critique that is, of course, missed by non-Spaniards, but fans of extreme humor and irreverent violence will probably enjoy the movie anyway. Others, particularly those with a low threshold for realistic violence, might often find themselves offended by some of the more extreme, blackly humorous scenes. (Indeed, frequently the heroes almost become difficult to root for.) If there is one aspect of the movie we ourselves did not like, it was the odd insertion, during the final climactic scenes, that the whole anti-Christ aspect might be simple madness on Father Angel's part. Sure, we see Satan take shape, and yes, it is obvious that Angel sees it too — but do the others? For while the opening scene of the movie, in which Father Angel's initial compatriot in arms (a fellow priest) meets a hilarious demise, seems to indicate the battle is real, and while Satan does appear to the three heroes while they are on acid, it makes no sense that the devil, as one of the murdering group of right-wing fascists ridding Madrid of the undesirable and homeless, would, during the climactic scene at Madrid's Puerto de Europa —
Oh, wait: that would be a total spoiler and give away too much of the movie. 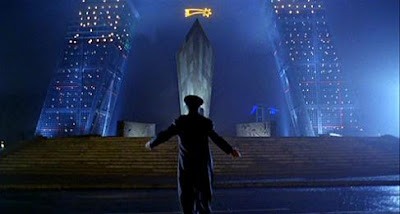 Let's just say, if you're the type of person who finds the concept of a movie featuring the Three Wise Men dying as collateral damage in a shopping mall shootout — one of many scenes of mayhem these three Satan-chasing stooges incite — can't be that bad, then El Dia De La Bestia is probably for you. (Of course, you do also get treated to some less-than-inviting uncircumcised chorizo more than once...) Give the flick a go — and then pick up some of de la Iglesia's other projects: it's time the man gained a wider audience.