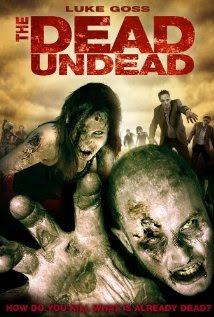 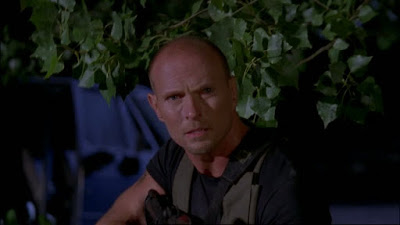 Still, perhaps he should look on the bright side: at least he hasn't slid as far down the Hollywood ladder as, say, the completely forgotten but far more talented and tragic actress Helen Wood (4 June 1917 — 8 Feb 1988), who began in her career in movies such as the original version of Champagne Charlie (1936) and B-films like Charlie Chan at the Race Track (1936 / full movie), Crack-Up (1936 with Peter Lorre / full film) and Almost a Gentleman (1939, with Ace the Wonder Dog) before moving up the Hollywood ladder to play Mary of Nazareth in The Pilgrimage Play (1949) and, finally, dance alongside Debbie Reynolds in Give A Girl A Break (1953, see the trailer below), only to end her life in hardcore porn as Dolly Sharp, whom we all remember as playing Linda Lovelace's best friend in Deep Throat (1972) who utters the immortal line "Do you mind if I smoke while you're eating?" (famous NSFW scene).

Helen Wood (Dolly Sharp) as Joanna,
"a pretty face", in the trailer to

Give A Girl A Break (1953):
The Dead Undead, the directorial début of two stuntmen, Matthew R. Anderson and Edward Conna, who also appear in the movie as, respectively, Viper and Doc, is low budget horror flick that looks much more like a no budget vanity production possibly made by Montanan NRA members. It's not a movie that a truly up-and-coming successful actor would want on their resume, but let's be honest, even a rent-paying job like this is still a lot better than selling your blood at the blood bank. (Anything is better than that — we know, we did it for way too long once upon a time.) 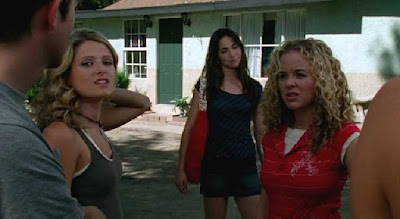 The DVD box makes some reference to a narrative about a group of teenagers caught between a raging hoard of zombie vampires and a troop of vampire commandos trying to stop the spread of a zombie infection. And, true enough, the movie opens with the arrival of a stereotypical group of twens at a deserted motel for a weekend of fun and party — but they aren't around long, serving first and foremost as a way to pad the movie's running time. And padding the movie's running time is actually what the movie is all about, if you ask us. 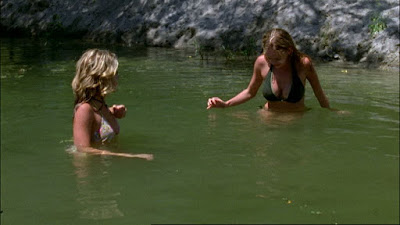 Directors Anderson and Conna do manage to work in one gratuitous scene of young girls in bathing suits — scandalous! — before most of the twens drop like flies, but on the whole the filmmakers seem to like guns and shooting a lot more than they do naked flesh — indeed, no babe ever even gets naked in this turkey of a movie, which on the other hand presents the assembling of guns is excessive, loving detail. (The fact that the RV the teens are driving has Montana plates, that there is no nudity in the flick, and that so much time of the movie is focused on weaponry is the reason we pegged The Dead Undead as a possible Montanan gun-lover's vanity production.) 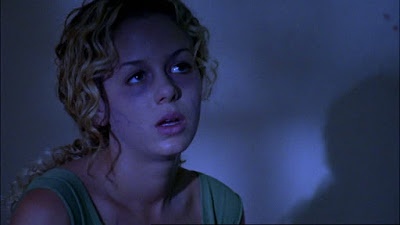 Be what it may, however, the filmmakers do at least keep the best-looking, bustiest, and most likable babe, Summer (Cameron Goodman), as the final girl, thus revealing that they may indeed at least have some slight appreciation of female pulchritude. Summer, like a young man who shows up later, really has nothing to offer the movie as a character, but she is at least nice to look at. By the end of the movie, she not only gives up vegetarianism to help ensure the defeat of the zombie undead, but also delivers the only line in the entire movie that had everyone (5 people) at our screening rolling on the floor in unison: just when Jack (Luke Goss) is about to head off to kick zombie butt, she truly says: "Jack... wait... [*pause*]... Be careful." (OK, you had to be there, but within the context of the movie, it's a hilarious scene.) 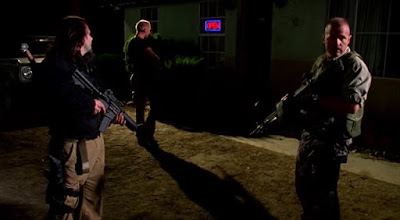 As already mentioned, but for Summer, the other teens are out of the picture quickly, replaced by the good-guy vampire commando team that is the true focus of the movie. The commandos are played one and all but for the lead by stuntpeople — including the singular woman (Spice Williams-Crosby as the ass-kicking Gabrielle) who, in real life, seems to be addicted to cheap facelifts. Over the course of the movie, one after the other they too all fall in the war against the zombie vamps, most of whom, we learn, were, prior to their infection, peace-loving cow-blood-drinking "nightwalkers" who used to all live serenely together in a remote rural town. 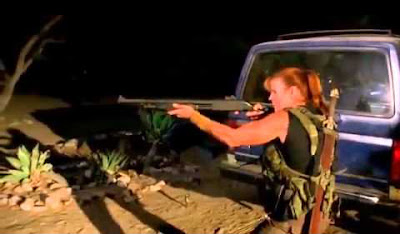 Early in the movie it is established that the zombie vamps are hard to kill but not impossible: the head needs only to be completely separated from the spine. Why the filmmakers even bother to establish this fact is beyond us, however, as throughout the whole movie all that the good guys ever do is shoot wildly all over the place or swing swords that never cut anybody. The result: interminable fight scenes that truly come across as pointless — much like the movie itself. 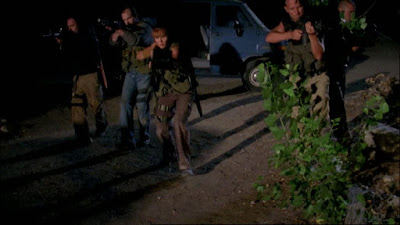 Also, much like the miserable no-budget sci-fi flick Alien Invader (1992), which surely had a higher budget than this thing here, The Dead Undead pads its running time by telling, in flashback, the various origins of the main vamp heroes, thus enabling the addition of a short Viking interlude, a short Vietnam interlude, and a short Western interlude. (The viewer is spared only the creation of the film's lead vamp Jack, played by Luke Goss, whom, actually, we wouldn't mind seeing in a porno.) The three interludes are in general more entertaining than the movie's main narrative, if only because they're often rather funny in the amatuerity of their presentation, offer a slight variance to constant shooting and gun worship, and are generally over relatively quickly. The Dead Undead itself, however, is not, and at 89 minutes in length seems to take an eternity to finally reach its happy but open-end resolution. (Please, Allah, if you truly are good, let there never be a sequel.) 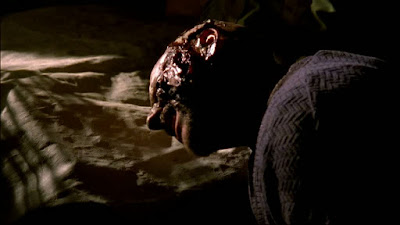 The Dead Undead is such stupid, unprofessional, and pointless movie that we considered not even bothering to write about it, but then we figured it is our duty to warn you against it. The movie isn't worth time it would take to illegally download it, much less the couple of euros our buddy spent to buy it. There are a thousand better ways to waste one's time than to watch this uninteresting and boring turd — indeed, we would venture to say that contemplating the existential meaning of the lint in your bellybutton or pulling the individual nose hairs out of your nostrils with tweezers are both more entertaining activities than watching The Dead Undead. (As would be watching Deep Throat, if you get down to it — Dolly Sharp is actually rather funny, and unlike The Dead Undead, Deep Throat at least has some redeeming qualities. 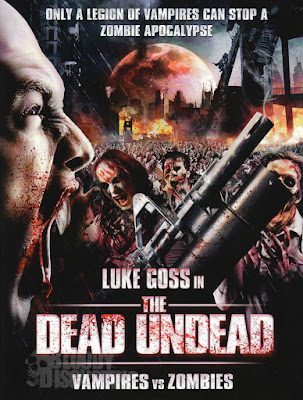