"I'd describe [my work] as strange, dark, surreal comedy cartoons. Some have a dreamlike feel, some of them are nightmarish, some satirical, and some silly. But most of them are strange."
David Firth 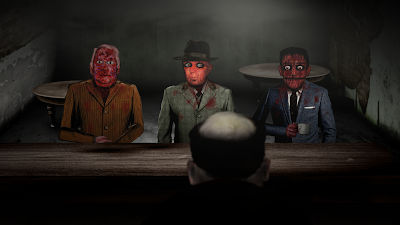 So much in the world slides by like a slug on greased glass. The short films of David Firth, like the electric mood music he makes under the moniker Locust Toybox, are totally up our alley. But for all the man's popularity — particularly due to his hit of Flash cartoon series Salad Fingers, which has been oozing across the web since 2004 — we'd never heard of him until Boing Boing linked a documentary about him sometime last week. A short search on the web later and we clicked on something called Dog of Man (2008 / full short), and now, a week after that, we're already scratching the crotch of our arm in desperation for or next fix of Firth. Thank god there's so much of it out there...

Not the Film of the Month, but a music video —
Locust Toybox's Through my head at night:

Born 23 January 1983 in that land of sunshine, England, we were unable to find out when the "English animator, video artist, amateur filmmaker, and musician" (pictured below) began making his obscurely disturbing filmlets, but by 2009 he had already produced work for clients as diverse as the BBC and Playboy. And while the level of disconcertion may vary from film to film, the underlying tone of depression and grey skies is never absent, even when glazed with a notable sheen of dark humor. Stylistically, his films bounce all over the place, but the inherent flavor remains the same. 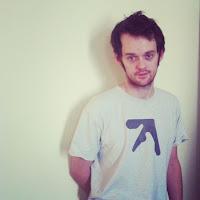 Firth is a modern master of the surreal; someone who, going by what one sees in his short films, would probably feel at home living in an Hieronymus Bosch painting. He has, to quote what Paul Neafcy says in the documentary, "An innate ability to reach into your brain and pull out nightmare you didn't know you had."
Sock 5: Three Skins without Men is one such film that gives you the feeling that Firth did exactly that. From start to finish, the film moves along like a Robert Altman film from hell, segueing from one interlude to another, narratively intertwined by a variety of luridly disquieting characters that both reappear and disappear and cross paths in situations that seem dredged from the deepest recesses of an insane mind. The mind, it seems, is his own: the films of Firth's Sock Series are supposedly based on his dreams...
We, in any event, are happy our dreams are a bit less disturbing and, instead, filled with a bit more T&A. But we are also happy that we have discovered the films of David Firth: the world is a better place with them.
Enjoy — if that's even a word you can use when talking about Firth's films — Sock 5: Three Skins without Men.
Sock 5: Three Skins without Men
Posted by Abraham at 11:37:00 AM