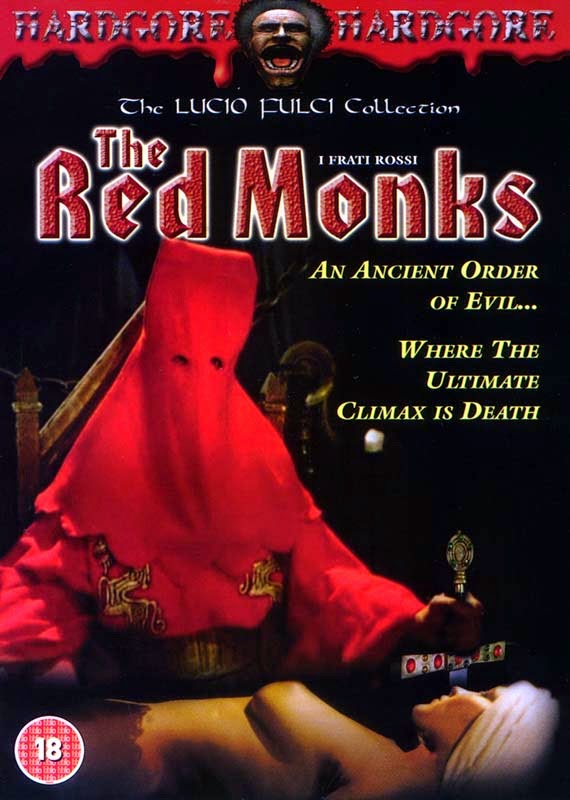 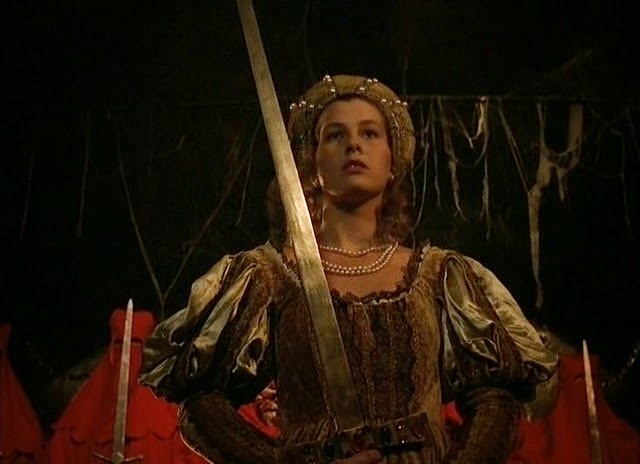 One rumor has it that Lucio Fulci was given the flick's "Presents" credit because he was pulled from The Red Monks as director and replaced by the flick's screenwriter, Gianni Martucci. Another rumor has it that Fulci had absolutely nothing to do with the movie and even went to court, unsuccessfully, to get his name removed from the film. What is not rumor is that with this movie, Gianni Martucci seems to have capped his less-than-spectacular career as screenwriter cum director with a less-than-spectacular piece of sub-standard Italo-trash. We would hazard to guess that had Fulci actually directed the movie, it surely would've been far better than it is now, but even he probably wouldn't have been able to save this wanna-be Gothic horror film that screams "Cheap! Cheap! Cheap!" just as loudly as it screams "Incompetent scriptwriter"! 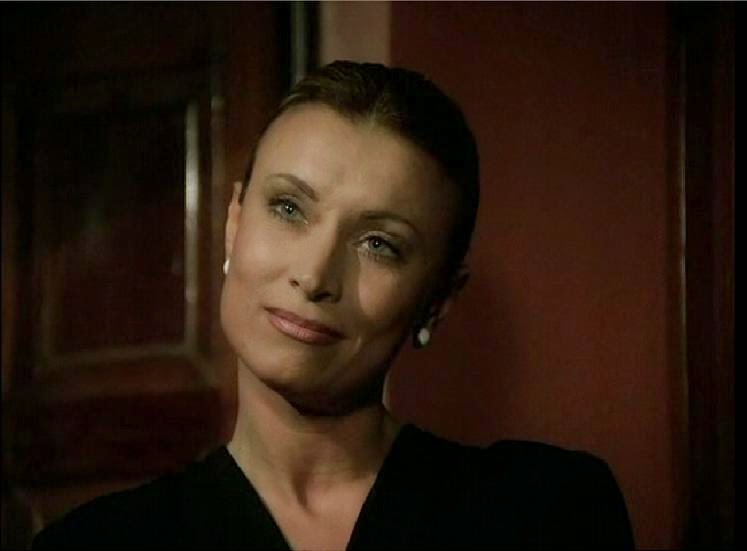 Which isn't to say that somewhere within the diffuse, confused and scattershot period movie — it is set mostly in the 1930s — there aren't the gossamer threads of an interesting narrative that could've (perhaps) made a good horror movie, Gothic or not. But for that to happen, far more care must be shown to the simplest of movie-making aspects — beginning with a story that makes sense. 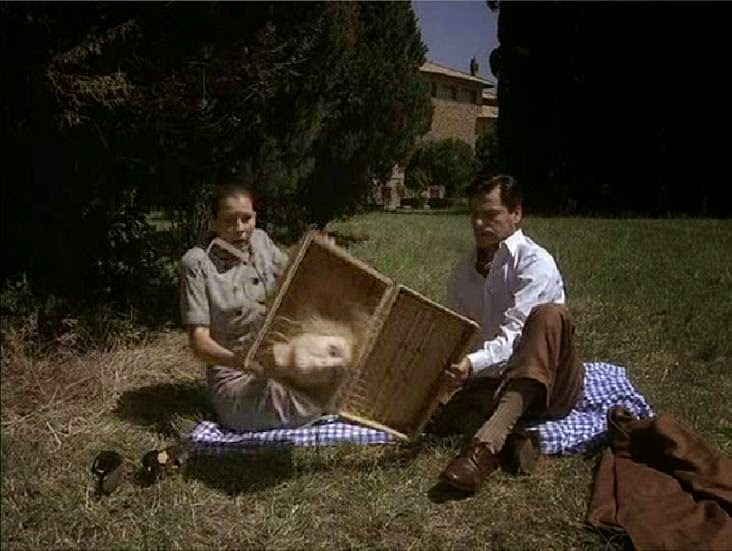 The plot is almost tritely (and thus enjoyably) Gothic: a young woman of no special means marries a rich man and moves into his castle, where suddenly he begins to act strange, people die, she experiences unexplainable events, and doom seems to loom as she runs around at night in her long white nightgown. But the plot, if you get down to it, is a farce that neither remains true to itself nor the viewer, and cheats on levels that reveal either a deep disrespect for the audience, a total indifference in general, or a total lack of screenwriting skills. 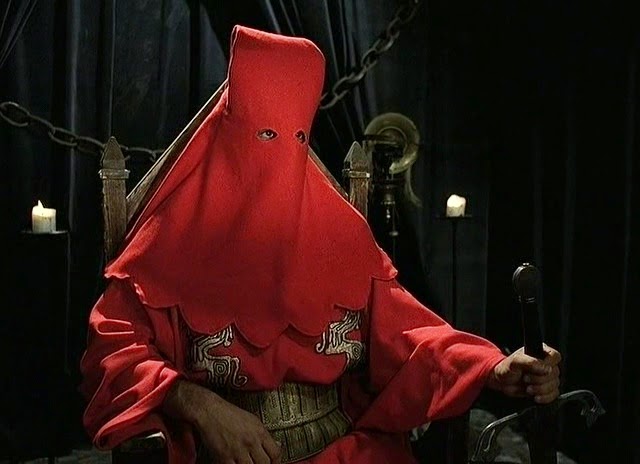 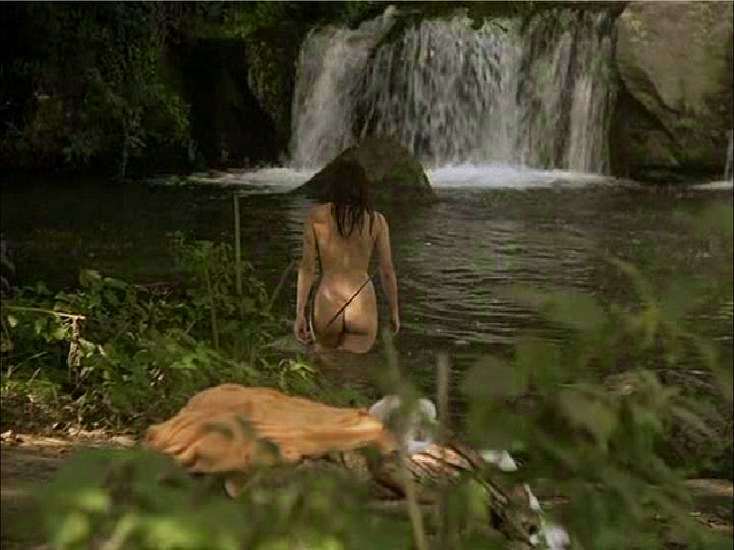 And what happens during the opening interlude? After a meeting a violin-playing woman (who obviously stumbled in from another movie and never shows up again later) in the gardens of the estate he has just inherited, a man wanders through the dilapidated house only to spy a naked women strolling through the ruins; following her through the house and deep into the cellars, when he finally catches up with her, he hardly has time to say "Hello, nice tits" before she beheads him. And then, to the subtitle "50 years earlier", the real movie begins — and ends with the death of the last line in the family, thus making the heir of the opening film impossible. (And that is the smallest of the obvious flaws of the story.) 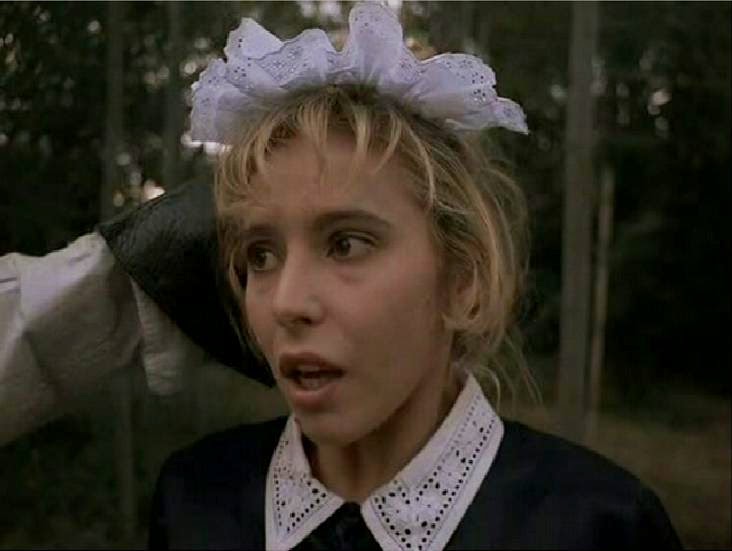 The production values of The Red Monks resembles those of a mid-budget TV movie, one with lots of tits but an overly streamlined narrative (the male and female leads meet and marry within minutes, for example). Care is taken for beautiful period cars, locations, and half-way decent outfits, but saved on special effects and gore. The acting is all over the place: the two lead females — penniless painter and eventual wife Ramona Curtis (Lara Wendel of Killing Birds [1987 / trailer] and Tenebre [1982 / trailer]) and MILF housekeeper Pricilla (Malisa Longo of Elsa Fräulein SS aka Captive Women 4 aka Fräuline Kitty [1977 / trailer], A Cat in the Brain [1990 / trailer] and the trash classic War of the Robots [1978 / full movie]) — do rather well, but the lead male  — rich landowner Robert Garlini (Gerardo Amato of Caligula [1979 / trailer] and Notturno con grida [1981 / title track]) — and the tertiary characters of importance, like the French housemaid Lucille (Mary Maxwell) and the period-pimp-looking dude, are thespian disasters. 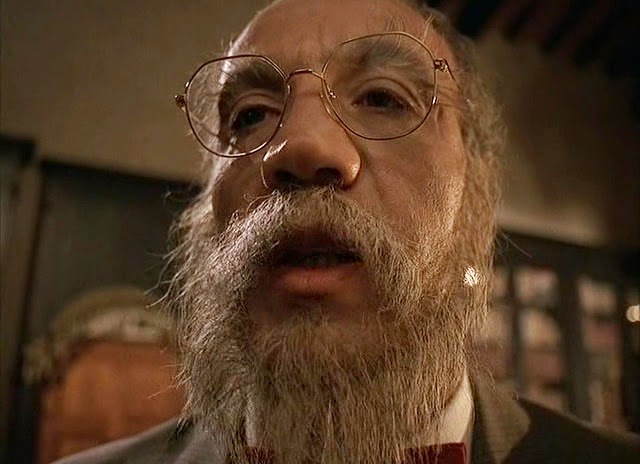 Likewise, the use of the same actor (Claudio Pacifico of the recent turkey, Dead of the Nite [2013 / trailer]) to play a living historian and then a royalty of centuries past is also more than jarring, as the two don't have anything in common — or do they? And what's with that cheesy-looking spider that pops up twice but has nothing to do with anything — or does it? Lastly, there is an aspect of the plot that pops up twice that is simply repugnant by modern standards: rape is the way to a woman's heart. Did people really still believe that in 1988? (OK, maybe in Italy; in the US, however, by 1988 rape may still have been the woman's fault, but no one really believed anymore that it was the way to her heart.) 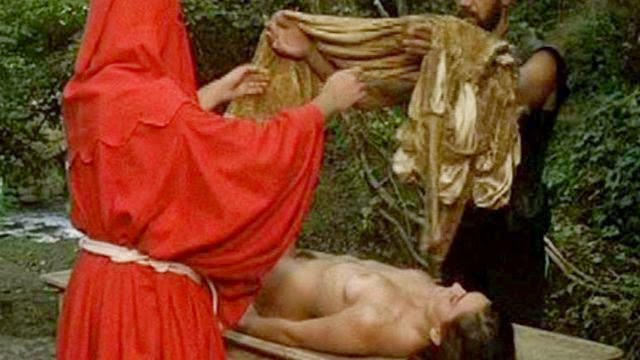 That aside, all the female nudity of the movie, courtesy Lara Wendel and Malisa Longo, remains the most interesting aspect of the entire movie. (Indeed, we're startled to realize that delicious Lara Wendel of this flick is the same oddly unappealing and frumpy Lara Wendel of Ghosthouse [1988], a film she made the same year as The Red Monks.) However, what should be actually be the most interesting aspect — that those you think are "good", are actually "bad", while those you think are "bad", are actually "good" — is handled so incompetently that it also becomes the movie's most annoyingly grating aspect. The switch-a-roo is so jarringly out of place, so unbelievable on all levels, that it becomes less a twist than simply stupid. 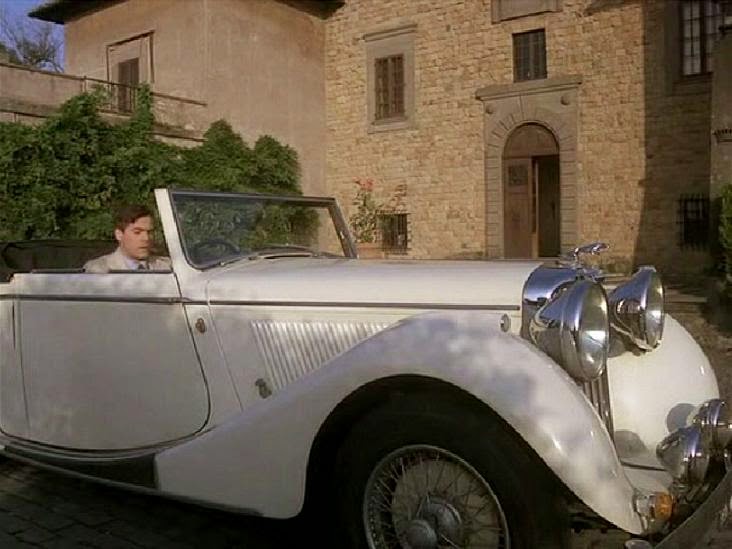 The Red Monks: nice cars, nice butts and breasts, nice scenery, but incompetently made, dull, uninteresting, and ultimately a both unsatisfying and annoying cinematic experience. There are better bad films out there to waste your time on. The Red Monks is a true rarity — it's a film that makes you wish you were at work. 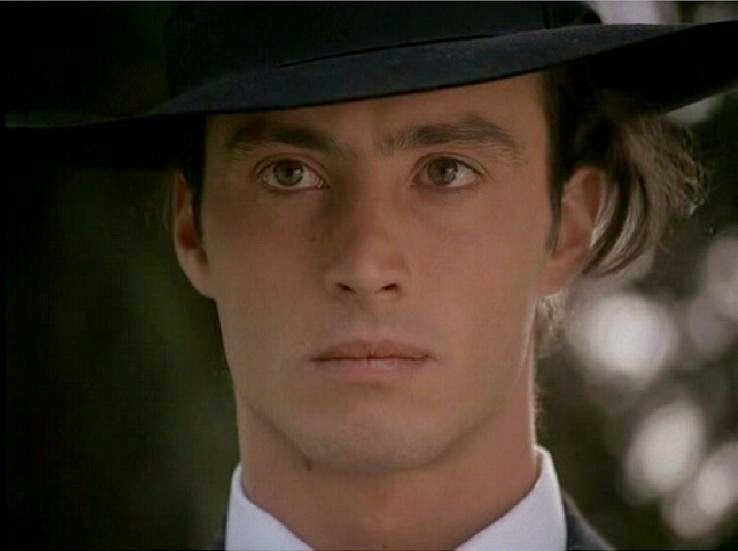