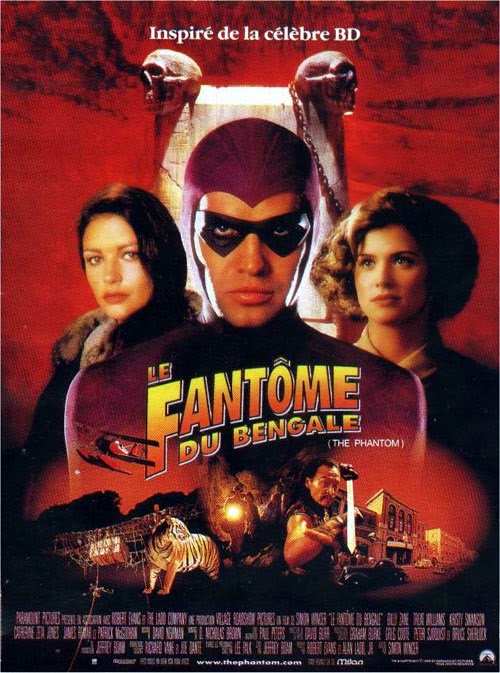 Simon Wincer has the honor of having directed more films we dislike than like. Indeed, he possibly deserves the death penalty alone for Free Willy (1993) — which might have been a good film had it been about a flasher, as its title suggests, instead of a friendly killer whale — and Crocodile Dundee in Los Angeles (2001), but every now and then (super rarely, actually) he manages to toss out a movie we like. Quigley Down Under (1990 / trailer), for example, which, while not the best Western made in the last decade of the 20th century, is the   best Australian-set Westerns made in the last decade of the 20th century. (It tells an involving story and also features some satisfactory acting by hunkadelic Tom Selleck [the Good Guy] and better acting by Alan Rickmann [the Bad Guy]). Wincer's first two films, the Aussie horror flicks Snapshot (1979 / trailer) and Harlequin (1980 / trailer), aren't too bad, either, in a low budget kind of way. We'd long written Wincer off as a director, however, when, one night with no other DVD at hand, we watched this engaging little gem, an adventurous, fast moving, entertainingly escapist and lightly campy presentation of Lee Falk's legendary newspaper comic character The Phantom. (Well, so "little" the film isn't actually, seeing that it had a budget of $45 million, which was a lot in 1996.) 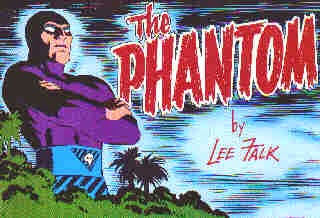 Falk, who also created the character Mandrake the Magician, died in New York City on 13 March 1999 at 88 years of age. He first brought the Phantom out in 1936, and by the early 1940s the Phantom was also on the screen as a cliffhanger — you can watch the full 15-chapter serial here at the Internet Archives — but the character's popularity slowly dispersed during the years that followed. By the time this film here was made, most of the audience the movie was intended for had probably never even heard of the character. Yes, The Phantom is definitely a children's film, much more so than some of the other comic adaptations of the last decade of the 20th century, such as Tim Burton's watchable Batman (1989 / trailer) and excellent Batman Returns (1992 / trailer) or Russell Mulcahy's flawed but nevertheless watchable interpretation of The Shadow (1994 / trailer). Lacking blood, guts, naked flesh or even realistic carnage, the meanest violence in The Phantom takes place off screen, and the little which is shown is fit for Sunday school consumption. Despite this, the film can be enjoyed by all who are able to look past the Phantom's purple outfit. 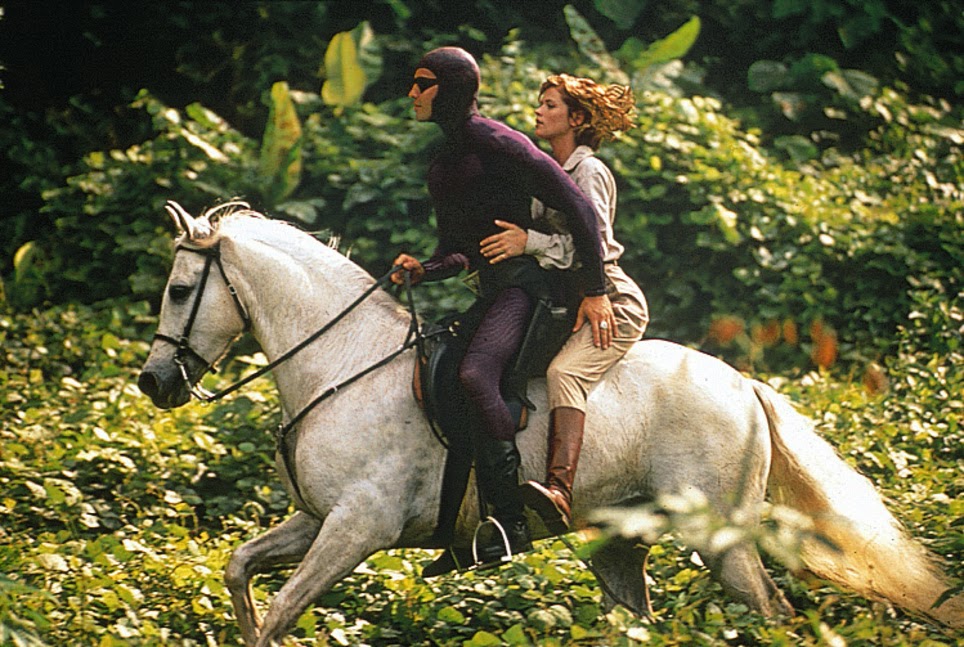 Scriptwriter Jeffrey Boam lightly mined his 1989 script for Indiana Jones & The Temple of Doom (1984 / trailer) when he wrote The Phantom, dumping the "ick-factor" of monkey-brain dinners and beating hearts pulled live from the chest and adding enough "new" aspects — in turn taken from the early Falk stories The Singh Brotherhood, The Sky Band and The Belt — to the narrative to keep the story fresh. Like Falk's original comic, the film takes place in the 1930s — and thanks to some excellent production values, convincingly so. A buffed-out Billy Zane, still with hair and as normal wearing way too much eyeliner, stars as the Phantom (and his alter ego, Kit Walker), the 21st successor to the purple suit, still living deep in the jungles of Bengali. The Phantom is pitted against Xander Drax (Treat Williams of Venomous [2002]), a suave megalomaniac multimillionaire out to rule the world through the procurement of three magical skulls which, when combined, supply their owner with unlimited power. Drax's two main assistants in his quest are Quill (James Remar), who just happens to be the man who killed the 20th Phantom, and Sala (Catherine Zeta-Jones), a sort of early incarnation of Pussy Galore, who eventually kidnap Diana Palmer (Kristy Swanson), the former college love interest of Kit and daughter of a newspaper publisher out to expose Drax's evil shenanigans. Eventually everyone ends up on some uncharted island in the Devil's Triangle for the big showdown in the midst of the evil Singh Brotherhood, the traditional sworn enemies of the Phantom...

Sounds like a mixed salad, but onscreen it comes across as a rather straight-forward, uncomplicated but properly comic-book-like plot, and the film manages to get a lot of mileage out of it. And if some of the stunts are not staged all that well, they are at least convincing enough for the average child, while David Burr's cinematography of the film's breathtaking scenery is true eye candy. Zane does a more than adequate job as the Phantom, while Treat Williams basically steals most scenes he's in with his dry campiness. Williams shares some of the film's best lines with Zeta-Jones. As in all her films then and since, her beauty exceeds her acting talent, but she fits her flying outfit well enough and doesn't embarrass herself — though she does fail to make her sudden conversion into a good gal at the film's end seem in any way plausible. James Remar (who must be truly desperate if he takes on roles in films like Persecuted [2014 / trailer]) does another one of his typically excellent characterization jobs, but Kristy Swanson (of Highway to Hell [1992]), looking almost like a fuller-figured Juliette Lewis, proves once and for all that the original Buffy The Vampire Slayer (1991 / trailer) was an exception and Wes Craven's 2nd worst film of all time, Deadly Friend (1986 / trailer), was not.

The Phantom is in no way a masterpiece and hides no intellectual subtext, and is actually rather easy to tear apart if one wanted to. But everyone involved seems to be having such a grand time, and so much loving care and detail has been put into the characterizations, production values, score and cinematography that to view this film with a typically jaded eye seems to do it injustice. So what if it's a kiddy film, so what if it isn't perfect — it is, in the end, a truly entertaining piece of fluff, and never tries to claim that it is anything else. 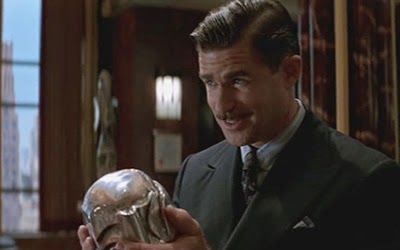 If you don't want to see The Phantom, rent it for your kids. They'll love it — and who knows, maybe you might too. 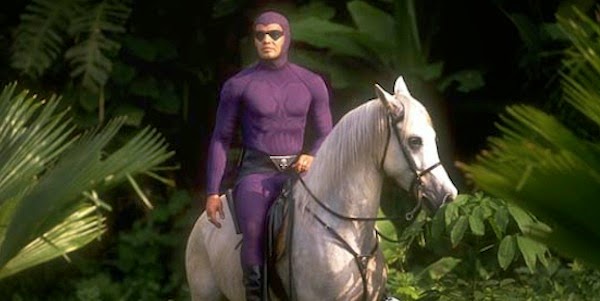