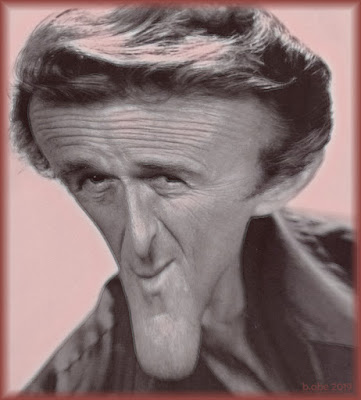 While we had planned to post something else today, we awoke to find out that one of our all-time favorite character actors, the American thespian treasure known as Dick Miller, entered the Great Nothingness yesterday. There was simply no way a passing like that can be ignored.
A Bronx-born Christmas Day present to the world, Miller entered the film biz doing redface back in 1956 in the Roger Corman western Apache Woman (trailer). He quickly became a Corman regular and, as a result, became a favorite face for an inordinate amount of modern and contemporary movie directors, particularly those weaned and teethed in Corman productions. (Miller, for example, appears in every movie Joe Dante has made to date.)
A working thespian to the end, Miller's last film, the independent horror movie Hanukkah (trailer), starring fellow low culture thespian treasure Sid Haig, just finished production. In it, as in many of Miller's films, his character is named Walter Paisley in homage to his first truly great lead role, that of the loser killer artist/busboy Walter Paisley in Roger Corman's classic black comedy, A Bucket of Blood (1959). 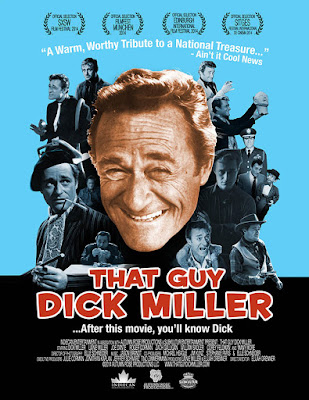 Logic would dictate that anyone who is interested in a blog like a wasted life should be at least passingly familiar with Dick Miller as an actor. If not, we won't ask "What are you doing here?" but, instead, suggest that perhaps you check out the documentary That Guy Dick Miller, "a funny, candid, and upbeat look at Dick's career which spans six decades with more than 175 motion pictures, 4 television series and over 2000 television appearances."
As per the film's website, the documentary follows "Dick from his first big role in Bucket of Blood [to] The Terror (1963), on to Gremlins 1 (1984) & 2 (1990), New York New Year [sic] (1977), The Terminator (1984), Demon Knight (1995) to the Fame TV series (1982-87), and up to one of his latest roles in […] Burying the Ex (2014). He has worked for such noted directors as: Steven Spielberg, James Cameron, Roger Corman, Joe Dante, Ernest Dickerson, Sam Fuller and Jonathan Kaplan, to name a few, and over the years, he has shared the screen with Robert De Niro, Jack Nicholson, Arnold Schwarzenegger, Boris Karloff, Ray Milan, Ray Milland, Jada Pinkett Smith, Julianna Margulies, Kim Novak, and David Carradine, and many more. There is a wealth of rare footage, photos and video, plus never before seen 8mm shots behind the scenes of movies little, and legendary. Film fans get rare glimpses into Dick's family, his early days in New York, the move to L.A., his struggles, his process and his artwork. Augmented by animation, illustration, and hundreds of clips, personal home movies, and 47 interviews – we can see why 'that guy's in everything!'"
Trailer to
That Guy Dick Miller: