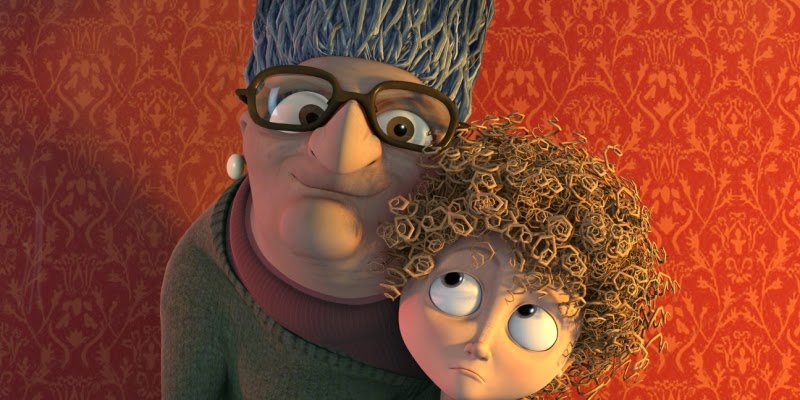 Here's a cute little black comedy from Ireland that garnered some attention when it came out — it was even nominated for an Oscar as Best Animated Short, but lost out to Logorama, our Short Film of the Month of June 2011.
Granny O'Grimm's Sleeping Beauty was directed by Nicky Phelan via Brown Bag Films, Dublin, with producer Daragh O’Connell.
GrannyO'Grimm's genesis is that as a character of comedy sketch by comedian Kathleen O'Rourke. Nicky Phelan caught the act and thought it would make a nice film. O'Rourke wrote the script and once supplied the voice — and there you have it: a cute black comedy about a loving (?) granny who terrifies her granddaughter with a meandering version of Sleeping Beauty that no impressionable young child wants to hear before going to sleep.
Needless to say, the short has been screened all over the place and has received lost of nominations and awards. And now it has the honor of being A Wasted Life's Short Film of the Month for February 2015.
Enjoy.