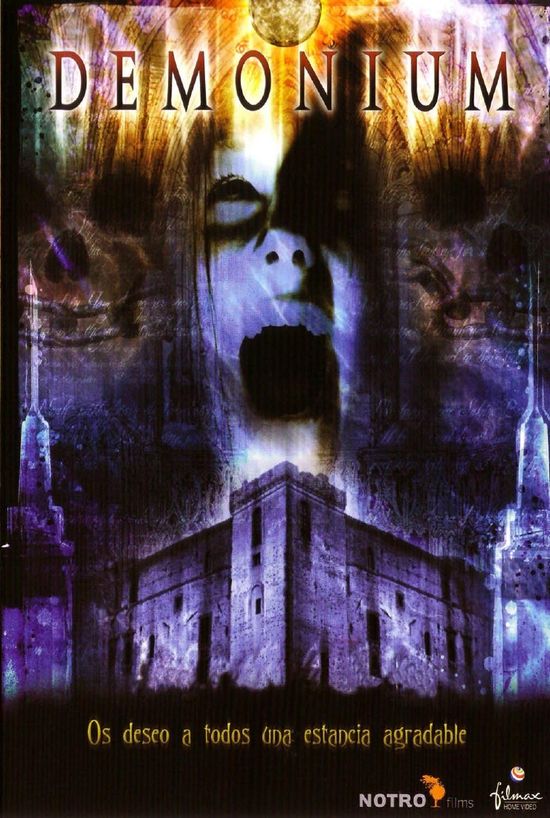 To tell the truth, after watching this flick we almost decided not to review it — but then we stumbled upon some photos of a nekkid Joe Zaso online and we had to have a reason to share at least one of them. We just wish we could at least say that we liked the film as much as we like the sight of Zaso's buff bod... 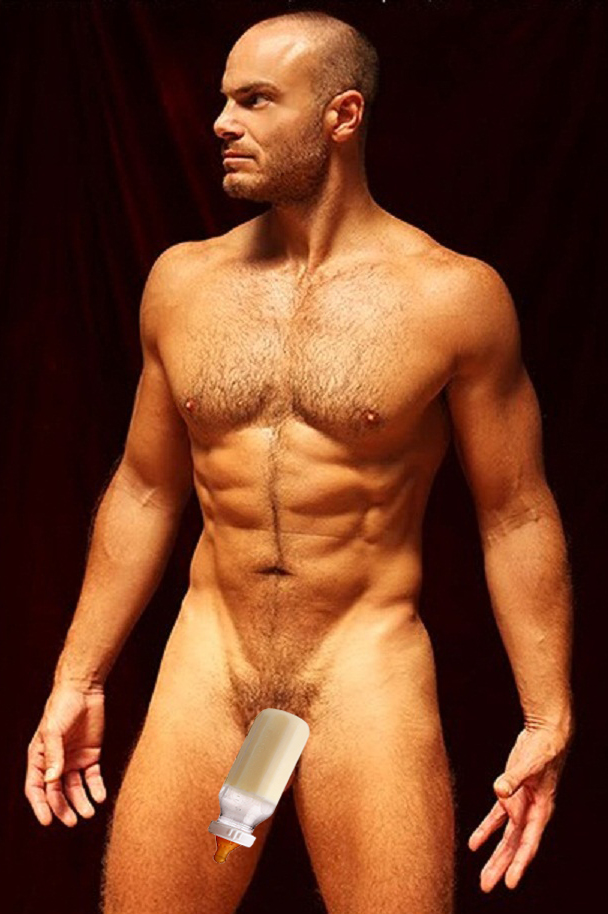 We went into this film thinking we knew what we were going for. After all, the work of director Andreas Schnaas is not at all unknown to us, and we immensely enjoyed his later splatter film, Nikos the Impaler (2003), for what is was: an enjoyably laughable, super-low-budget, badly acted and blood-drenched piece of trash not lacking a certain level of irony. And, indeed, we figured Demonium would be more of the same but set in a different genre: Italo goth instead of New York City supernatural slasher. And modern Italo goth the film was, but as for the rest, it was not at all what we expected. Why? Well, 'cause our DVD — graced with a red, German-language "No sale to minors" label — proved to be cut: at 81 minutes, it's four minutes shorter than the 85-minute length given on imdb and 39 minutes shorter than the 120-minute length given at Wikipedia. Damn! Whatever happened to the old German-language "Neue Version" label they used to slap on cut versions? Our guess is that someone finally figured out that they were the quickest way to make sure no one bought your DVD. 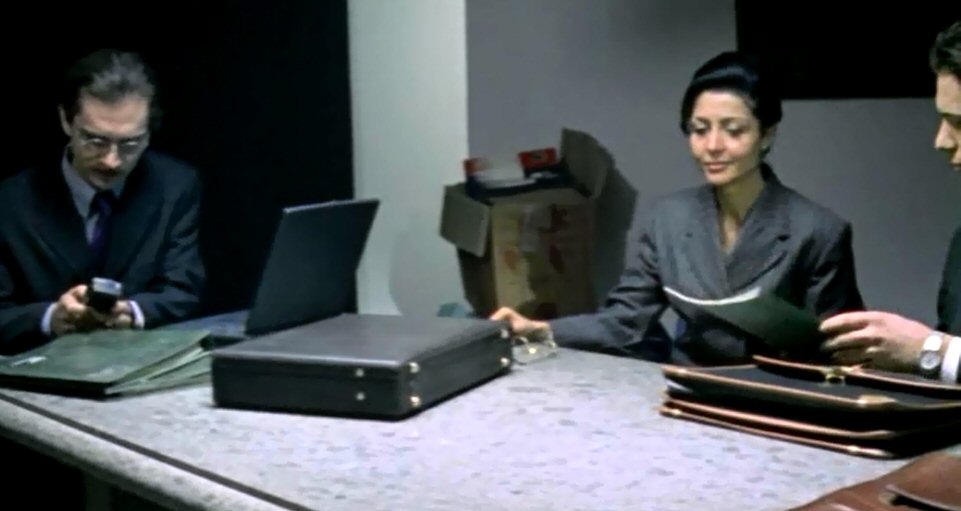 In any event, it seems the only thing cut from the film was the blood, guts and gore, for the film we saw doesn't have any. Instead, all it has is a crappy script lifted from any given version of A Cat and the Canary or its numerous imitations, a yitload of bad acting and mostly ugly actors, some hilarious accents, and the production and directorial finesse expected of William Beaudine, were he still alive and making films. Tell us: why bother even releasing a Schnaas film cut of its gore excesses? Is that not like making a hamburger without a patty, licking the slit of a blow-up doll, masturbating without an erection, voting in the USA, or drinking water to get drunk? As in: totally fucking stupid? By removing the goo and groo, all that is left is a badly shot student film lacking any and all irony or intentional humor with a trite and predictable and at times downright stupid plot featuring ugly people whose acting talent is of similar caliber. In other words, at least in the case of Demonium, the missing minutes of carnage means that there is nothing left to the film to make it worth watching. 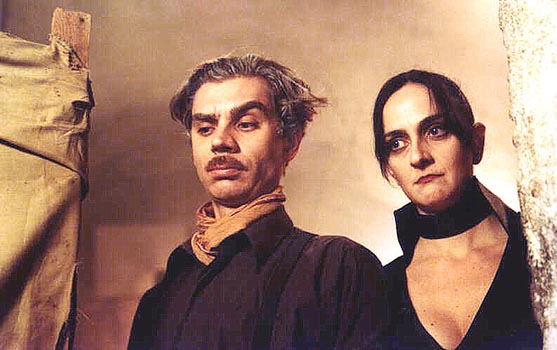 Demonium opens with an interminably long and turgidly lifeless sex scene between two truly ugly lovebirds, Rasmus Bentley (Andrea Bruschi) and the blind Maria (Claudia Abbate), a scene that tries its hardest to make viewers choke on their beer in unfettered disgust and nausea. Bentley then goes to work to close the deal that should make the two rich, and while he is out a deformed personage enters the apartment. Cat and mouse is played and then Bentley comes home and he and his ugly love-of-his-life both die — and then it's flashback time! Yep, a story that could easily have been told in consecutive order is for some odd reason instead told in flashback, and a long one at that: easily three-fourths of the flick. Well-structured the script is not — but then, nothing about the [cut] film indicates that anyone involved is capable of doing anything related to film well, be it scriptwriting, acting, editing, lighting, directing, whatever. (Hell, though the film was supposedly shot in 35 mm, even the DVD transfer is so second rate that the viewer sometimes feel as if they are watching the world's worst 3D flick without glasses.) 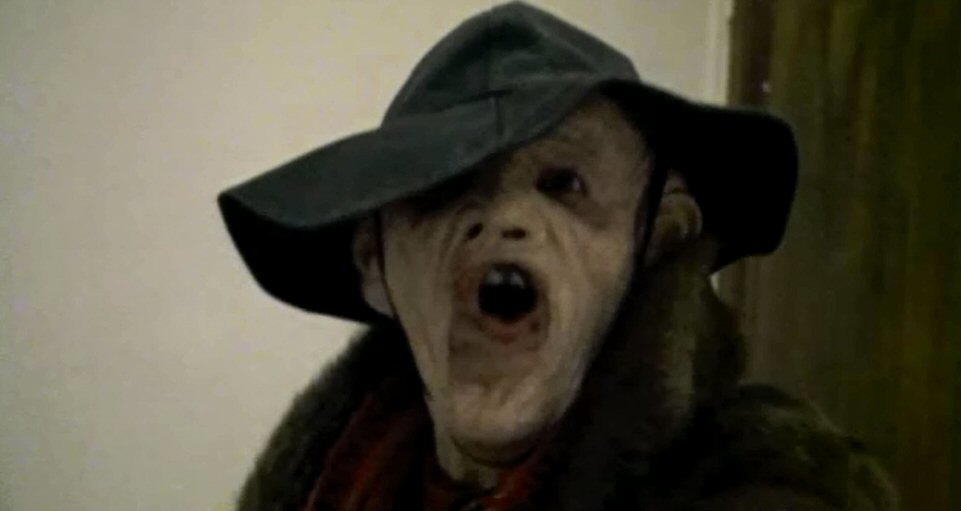 As of the flashback, the movie turns gothic in that it is set in a difficult-to-reach European castle in which a mad scientist is murdered and all his heirs gather not only for the reading of the will but also for the stipulated spent nights required to make them eligible for their inheritance. But little do they know that the mad scientist also left behind a mysterious discovery that his lawyer, Rasmus Bentley, and his S&M/B&D housekeeper, the not-yet blind Maria, want to get their mitts on — and are willing to kill for. (OK, here already the story already begins to fall apart: since none of the heirs even know the formula exists, why kill them to steal it?) Whatever. 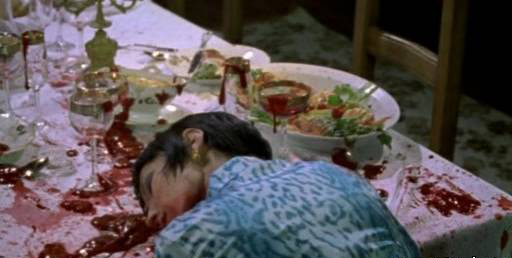 Somewhere in the plot there is also a deformed monster in the basement, the Mad Doc's son, who eventually is walled up alive but manages to break out to show up at the beginning of the film for the first double-death — two deaths that already steal much of the momentum from the rest of the film because the viewer already knows what will eventually befall the two über-assholes once they get what they want.
Demonium may be shot in what looks to be a castle, but beyond that its aura and mood is anything but gothic — in fact, the movie has absolutely no mood or aura to speak about at all. All the actors with the exception of Joe Zaso not only evidence a uniform lack in thespian talent, but their various accents are so thick that their turgid and nonsensical dialogue is often difficult to understand. (Zaso almost seems to be making fun of this with his character, a sex-obsessed alpha male Russian artist named Viktor Plushnikov, whom he ladles with a stereotypical accent straight from Rocky and Bullwinkle [2000 / trailer].) Aside from groo and gunk cut from the film, the movie is missing a few other things that might have helped made it an enjoyable piece of trash: a tad bit of suspense might have helped, not to mention some intentional humor or irony, and perhaps a single character with whom the viewer might identify... and tits, of course. If there was any amount of notable nudity in this movie, it must have been taken out with the blood and slime. (But then, considering the calibre of the female flesh, perhaps the lack of breastage is a mercy.)
In the version we saw, Demonium is a totally worthless piece of shite: it features absolutely nothing that in any way would justify wasting one's time to watch. Crap can be fun when done right — see Nikos the Impaler (2003) or, for other German no-budget trash, Jochen Taubert's Ich Piss' auf deinen Kadaver (1999) and/or Zombie Reanimation (2009) — but nothing appears done right in the cut version of Demonium.
Posted by Abraham at 12:11:00 PM